/ Comic Resource Guides & Articles / What Are the Most Valuable Comics From the 1980's?

What Are the Most Valuable Comics From the 1980's? 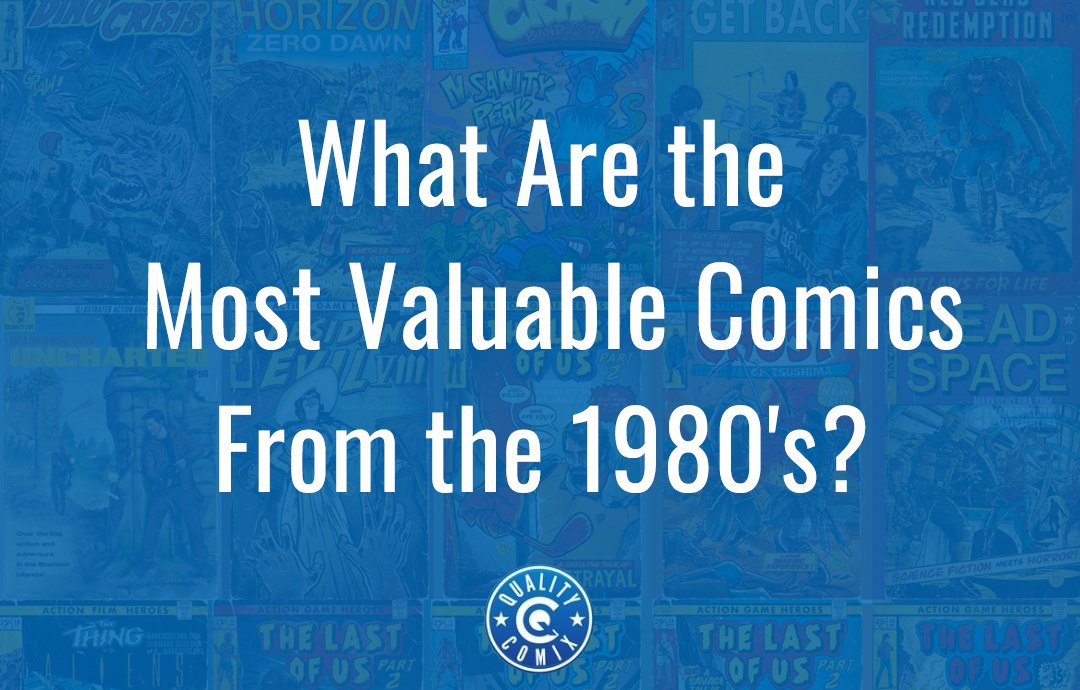 Previously on the Quality Comix blog, we talked about the most valuable comics from the 70s and the 60s.

Already in the 80s, things were changing. A new generation of comic fans was reaching adulthood and starting to look into picking up copies of the comics they remembered as children, and finding that more and more of those comics were worth real money. Though 40 years ago, they weren't selling in the millions, they were still significantly valuable.

Combine this with other vintage collectibles skyrocketing in value, and you had an explosion on both sides of the equation.

On one side, collectors, fueled by both nostalgia and a desire to squirrel away their own collectibles to secure their value later, started buying up anything they could, both old and new. Dealers facilitated these trades, and buying and selling comics on a secondary market was commonplace.

At the same time, publishers took advantage of this explosion in interest. They put out more and more comics of all sorts and in greater print runs than ever before.

Those of you who have looked into collectibles in recent years know the disappointing truth of this practice: much of what was printed in the 80s simply isn't that valuable. People trying to replicate the success of their forebears ran into the fact that the times had changed, and the unique circumstances giving those old collectibles value were gone.

In the 1980s, comics were transitioning between the late bronze age to the early copper age. Comic prices rose, the direct market opened up comics to a wider collector base, and the market began to shift. Prices on comics skyrocketed, but it didn't really matter since the inability to return them meant that anyone who wanted to keep on top of comics needed to pay the asking price regardless.

The mid-80s is also when comics started to fade among children and became more of an adult-focused hobby. That's not to say comics were always for kids, of course – early horror comics, "good girl" comics, and other such genres were never meant for children. But the invention of now-forgotten fads like "video games" (who even remembers those?) meant that kids wanted to do other things with their time.

That's not to say there's nothing valuable from the 80s. Especially today, we're seeing a generation of adults looking back to their own childhoods in the 80s and 90s and looking to find the media they consumed. Prices are generally lower than in the past simply because there were so many more copies printed and kept around that the rarity doesn't skyrocket. You aren't going to have much in the way of "one-of-a-kind" comics in this era.

So, what are the most valuable books from the 1980s? Here's our list.

Teenage Mutant Ninja Turtles have been a common presence as comic characters for decades now, with crossovers with all sorts of other media, wildly successful toy lines, cartoons, movies, and video games. Millions of people remember and love the turtles, but back in the early 80s, they were an indie publisher's first foray into something truly popular. 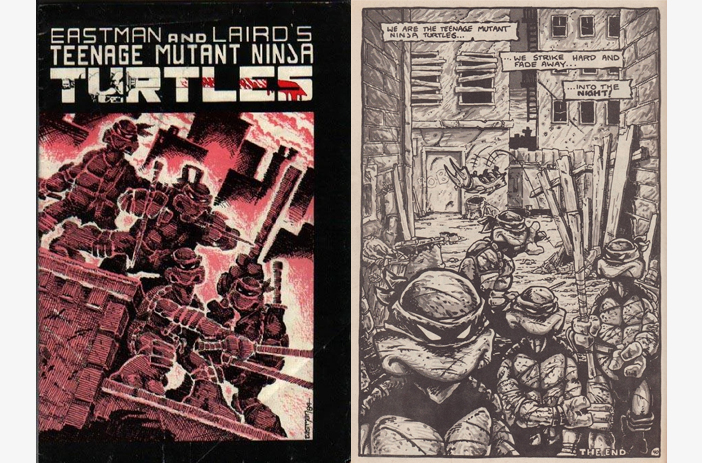 This is, by far, the most valuable book of the 80s. In fact, the current record selling price for the first printing of the debut of the turtles was just shy of a quarter million dollars. That's right; a high-graded first printing sold for $245,000 in 2021.

If you look at pop culture today, you see movies that are massively influenced by Marvel movies in their tone, quippy dialogue, and production values. You also see storylines in those Marvel movies spanning a variety of different characters, series, and lines. Many of those storylines come from the late 70s and early 80s, including the upcoming Avengers: Secret Wars. Well, Secret Wars came from the mid-80s, and here we have one of the key issues of that line. 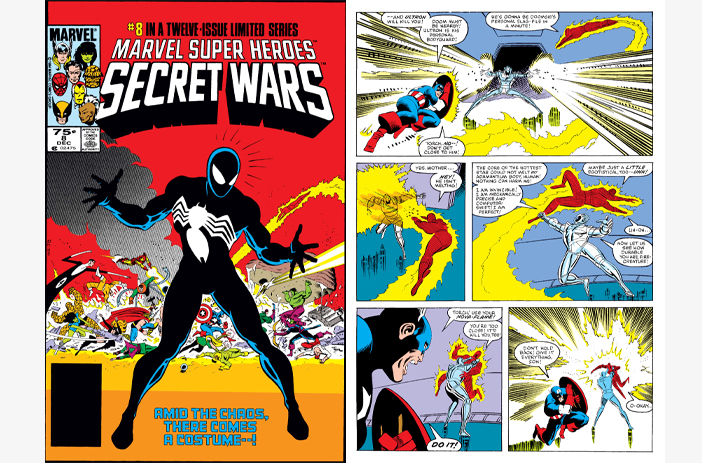 This issue is noteworthy because it's the first encounter between Spiderman and the Venom Symbiote, another now-iconic character, and sporadic antihero. Holding the #2 spot, you can already see the drop in pricing, with the record sale for this issue sitting a bit over $32,000. Not bad for a pandemic sale – someone whose in-person hobbies got canceled probably spent that budget on something they wanted to remember.

Another indie darling character now popular amongst the people "in the know", so to speak, this is the introduction key issue of Usagi Yojimbo, the samurai rabbit. Usagi (which simply means rabbit/bunny/hare in Japanese) never quite reached the heights of fame that other contemporary new characters did (the Turtles blowing everyone else out of the water, of course), but he's nevertheless maintained a core base of popularity ever since. 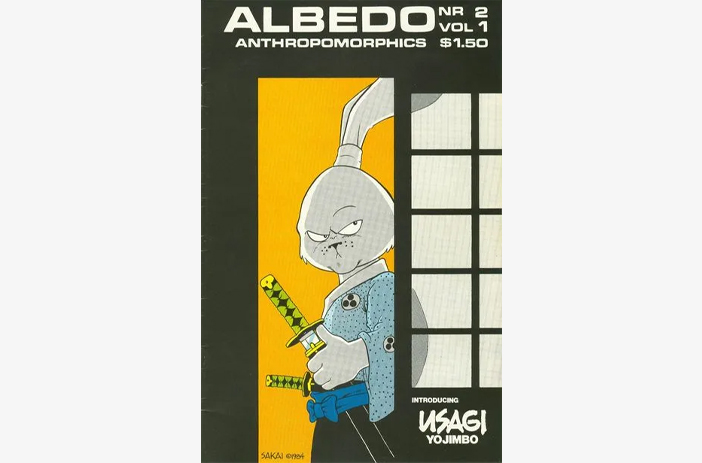 This is a relatively rare issue because it's a #2, it has an all-black cover making it very difficult to find in great condition, and it wasn't one of the major imprints of the time. In fact, only around 2,000 copies were even printed. Still, it's one of the few 1980s comics above $30,000 as a record-setting price, though recent sales have dropped to below $20,000.

Wolverine isn't a new character by this point, not by a long shot. In fact, if you scroll back up and head to our 1970s valuable comics list, you can see his introduction. So why is this book so valuable? Well, the sale price was $17,600 back in 2016. The vast majority of copies of this book are, however, significantly less valuable. 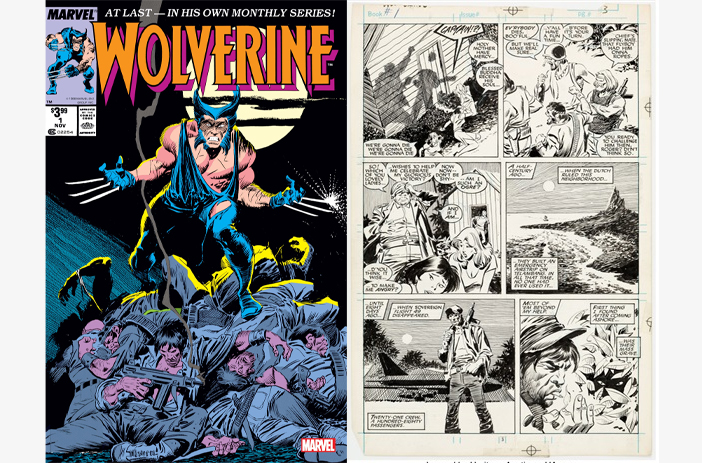 The reason is two-fold. First, it was basically just one person's passion purchase. Demand for this book isn't really all that high, and after the record sale, a lot of people with copies of their own got them graded to try to sell for the same. The other reason is that grade; the record-setting copy was a perfect 10/10, which is extremely rare in the world of comics collecting.

It was, basically, a perfect storm of value. While this is technically one of the most valuable comics of the era, it's really not going to sell for that record price again unless something massive changes in the collector's industry.

Spiderman has been a perennial favorite since his introduction decades previous, and of course, there will always be new key issues in any long-running series. The ever-growing list of major events, rogues gallery entries, and significant plot twists gives any long-time character collector plenty to hunt down.

While up above we listed a Spiderman issue with his first encounter with Venom, this is actually the first introduction of Venom. Or is it? Truthfully, Venom (the symbiote) and Venom (the character) have had several introductions each, and Spiderman in a black suit has yet more introductions in various stripes throughout the comics. The Secret War issue above is the now-canonical origin for Venom the Symbiote and its bond with Peter Parker as Spiderman. 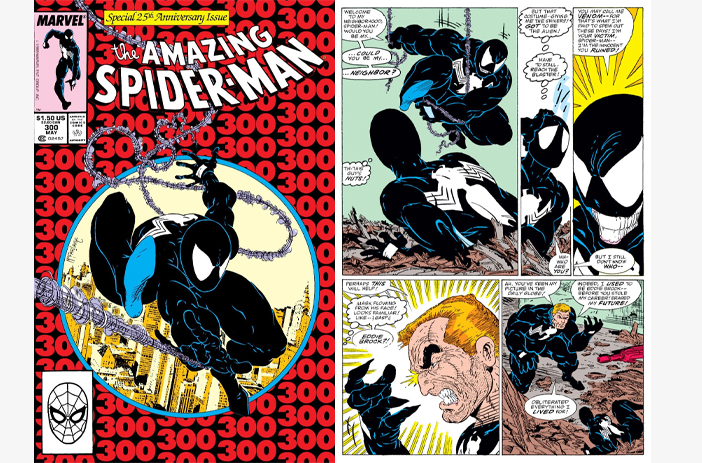 So why is this issue, which came around years later, considered a key issue for Venom? Well, it's all about Venom the character – specifically, Eddie Brock, the villain and spider-hater who eventually turned into an antihero and ally to Spiderman, setting off all manner of additional space symbiote characters like Carnage, Scream, Lasher, Phage, Agony, Riot, Hybrid, Toxin, Mania, Anti-Venom, Sleeper, and by this point dozens of others.

Anyway, the point is, this is the key issue introduction not of the black suit or of the symbiote, but of Eddie Brock, one of the more famous wearers of the Venom suit and star of the Venom movies.

Forget all that Venom stuff; Spiderman has more to deal with at home. One of Spiderman's key villains, Green Goblin, was introduced all the way back in the 60s. Norman Osborn, the original Green Goblin, died in the 70s and was replaced by his son, Harry Osborn, carrying on the legacy. Harry also perished later on, in the late 70s, but the Goblin-themed villain menagerie for Spiderman was not long left unoccupied.

Enter 1983, and the introduction of an orange-clad goblin villain, Hobgoblin. Under pressure by publishers to bring back the popular Green Goblin character, the current writer of Spider-Man made a compromise. Spiderman would fight a goblin-themed enemy, but it would be someone new. Hobgoblin was invented to fill the role. 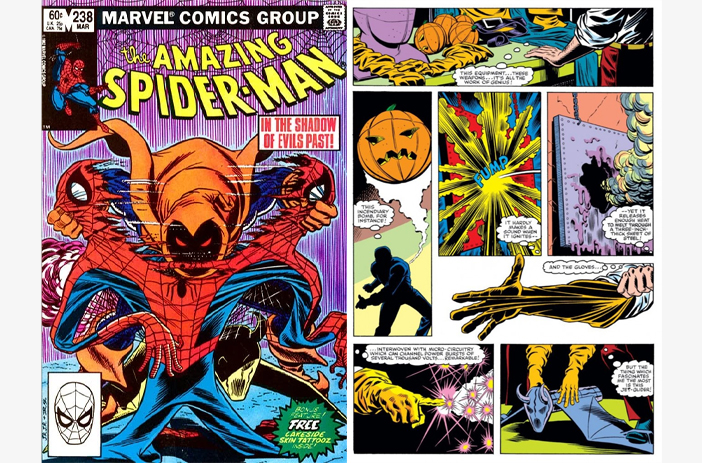 Hobgoblin eventually became one of Spiderman's most iconic villains, in part due to a long-running mystery involving who he even was, which didn't come to fruition for a very long time.

So, here's the thing: the value of this issue doesn't necessarily come from Hobgoblin himself or from Spiderman's fame. Instead, it comes from another quirk of comics reaching a wider audience: regional price variants. Specifically, the more valuable version of this comic is also the rarer version with a Canadian price tag. Once again, we're all reminded that rarity, more than almost any other factor, is the primary driving force in a comic's value.

Batman has been running for decades by this point, and the Joker has long been one of his most iconic villains, ranging from a clown with goofy schemes to a deadly psychopath with a clown-shaped veneer. This is one of the most iconic issues of the latter, with the Joker paralyzing Barbara Gordon and having a new origin story told for him, one that endures in some versions of the character even to this day. 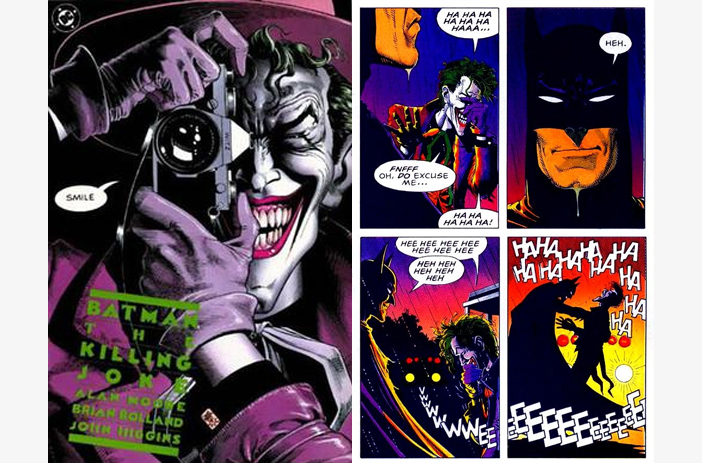 The Killing Joke is one of Alan Moore's more famous comics, though, of course, he has a wide range of valuable comics as an iconic writer of the time. This comic, along with a few other keys of the era and the early 90s, cemented the shift towards the darker tones and themes that infused the 90s.

There are, of course, dozens more books in the 80s worth a few hundred to a few thousand dollars. TMNT #2, spin-off books like Raphael, other versions of the first appearance of the black Spiderman suit, or even Mirage's Gobbledygook #1 (which was hand-printed on a photocopier and is pretty easy to forge these days) have a lot of enduring value.

On the other hand, the 80s is when we're firmly entering "not very valuable in general" territory. Where even a mediocre condition copy of a 1960s book can get you tens or hundreds of thousands of dollars, even pristine copies of 1980s books (especially late 1980s) are only a few hundred at most. Many of the entries on this list, even, are deceptive; they're 10/10 grades, or they're exceptional only because their print runs were extremely limited. 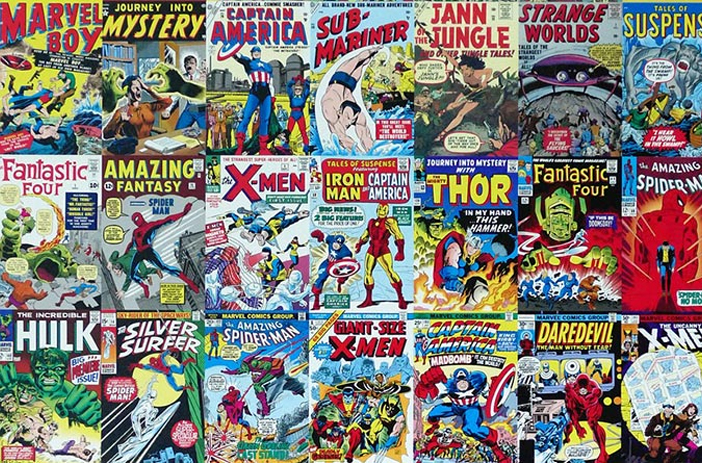 Do you have any noteworthy 1980s comics you want to be checked out? Don't worry; we know what to look for and how to tell you which versions are valuable and which ones aren't.

If you want your collection appraised as a whole, or just a few key issues looked into, why not drop us a line? No pressure and no obligations; we just love to chat about comics and help out other collectors.

If you want to sell your comics through us, that's great too!

While you can probably expect some of the more noteworthy 80s comics to grow in price and popularity, a lot of it will depend on what the next few phases of Marvel movies will do, and that only time will tell.