How to Start a Comic Book Collection 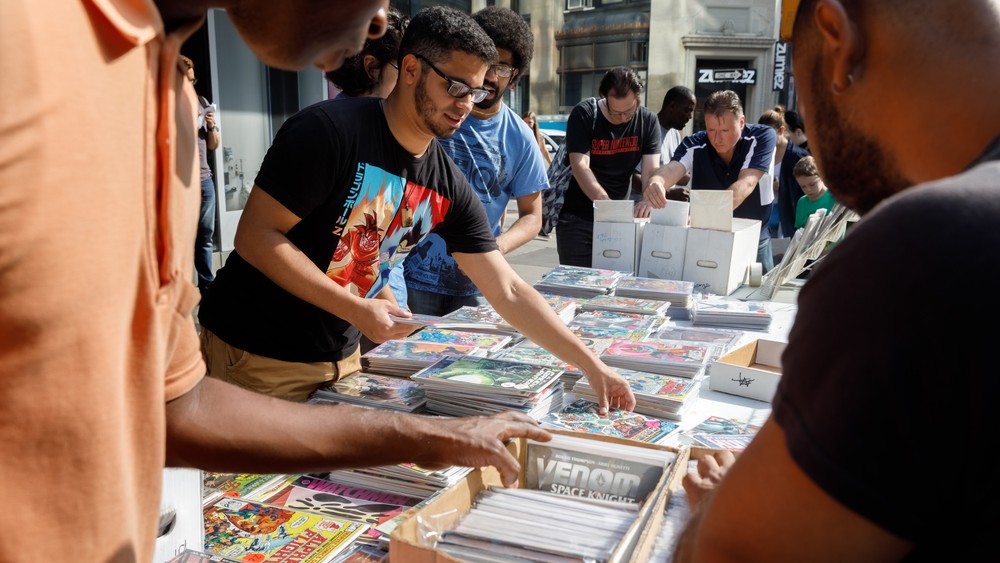 If you’re interested in the world of comics and you’re excited to start a comic collection, we have some great tips to help you on your way.

Comic books are amazing for so many reasons. They’re works of art, they allow us to escape into different worlds, and they can be hugely inspirational for children. Under the right circumstances, they can also be a huge investment opportunity. But above all, they’re great entertainment, and with so many MCU movies, a whole new audience has been opened up to the world of comic books.

For those wanting to get into comics and start their first collection, the prospect can be exciting and overwhelming in equal measure. You might not know where to start, what to look for, and how to store your comics. Thankfully, the experts at Quality Comix are here to help you.

Below are our top tips on how to start a comic book collection from scratch, but remember — these are just our guidelines. Everyone has their way of collecting — different motivations, and varying budgets. Once you get started, you’ll find your flow. But these are our pointers on how to delve into the world of comics and build an enviable collection.

Check out the incredible comic book collections we've acquired over the years.

Why Do You Want to Collect Comics?

To begin with, you’re going to need to start with your motivation. Why are you collecting comics in the first place? Where is the desire coming from? Are you in it for investment, or are you simply interested in the characters and their worlds? Are you passionate about the stories and artwork?

Answering these questions will give you focus. Someone just interested in reading the newest adventure of their favorite character will collect in a much different way than someone who is in it for money — not that there’s anything wrong with that. After all, there are some incredibly valuable comics out there. But you must be honest with yourself because if you’re interested in collecting valuable comics, there are certain things you need to know — such as the fact that modern comics will almost certainly not represent any real value.

Should You Buy Comics In-Store or Online?

This is going to be a big decision for you — should you buy comics in-store or online? Again, this boils down to what you’re looking for. If you’re all about the story, there are some places where you can pick up comics incredibly cheap — and you might even find a hidden gem that went unnoticed. Shopping in-store also allows you to interact with other comic book collectors and experts. However, the story isn’t that simple.

If you’re looking for guaranteed quality, or you’re looking for vintage comics, then you should focus your efforts online. With an online buyer and seller like Quality Comix, you know you are dealing with professionals. We know what to look for in a comic. We will outline the specifics of each comic you look at, including publisher, title, issue number, and grade. We’re entirely honest and open with our customers because our reputation is built around your reviews.

If you’re spending a lot of money on a given comic — whether online or in-store — we advise you to check out the store’s reviews and reputation. You want to make sure you get exactly what you want and that there are no hidden surprises.

Looking to invest in vintage comics? Check out our new comic book arrivals.

Where to Start — What Appeals to You?

Okay, so let’s get down to what really matters — what comics should you buy? The best tip we could give you is to invest in what you love. Buy comics with stories that appeal to you. If you do that, you’ll never be disappointed, and your collection will always bring you a great deal of joy, satisfaction, and happiness.

For a lot of people, interest in comic books is sparked by a particular character. This gives you a great starting point. If not, here are a few pointers.

Related: The Most Influential Comic Books in Pop Culture

To Begin With, Stick to One Comic Series — Have a Focus

It’s easy to get lost down the comic book rabbit hole. There are so many characters and worlds to explore — not to mention the seemingly endless reboots!

To prevent yourself from getting overwhelmed in the early days, try to stick to one character or comic series. Give yourself some focus. While reading a Batman comic, you might come across another character you’re drawn to within the same universe, and you can add them to the list of characters to explore. The more you learn, the more you will branch out, but it’s worth keeping your sights on one character to start.

Take Note of the Comic Book Authors and Illustrators

When building a collection, you should begin to take note of any comic artists and comic book writers you like. Track down other comics written or illustrated by these people — this will open you up to new stories and new characters you may not have otherwise found. At the same time, you will have an element of familiarity.

Still not sure where to go or what to read? That’s what the experts are for. Anyone who loves comic books will be happy to help you. They’ll open you up to a range of characters and stories based on your preferences and tastes. Consider talking to a comic store owner, visiting a convention, or talking to a friend you know loves comics. Just remember to tell them when you have enough to be getting on with! It’s all about educating yourself and seeking out people who are trustworthy and experienced.

Only Buy What You Can Afford

Start small and start slow. As with any new hobby, it can be easy to get carried away, but you should never be getting in debt just to support your comic book habit! Start by setting yourself a budget — and stick to it. Browse shops and stores online. Buy a few items that really interest you. Step away when you feel you have spent too much. Pace yourself and remember — you don’t need to buy them all right now. They’ll always be there next month — or the next.

The exception is, of course, rare comic books. There’s every chance you will come across a comic book you know is rare and valuable, and you might be tempted to buy it. This is perfectly okay, as long as you stick to your budget, and you don’t spend more than you can afford. Don’t take unnecessary risks. You should never rely on your comic book collection to pay for itself. Avoid impulse buys and remember — as much as we all love comics, some things are more important — like keeping the roof over your head.

For those who can spend serious money on a rare or valuable comic, we urge you to go back to our first point — buy what you love. That way, you won’t be crippled with buyer’s remorse, and you won’t be counting the days until the comic is worth enough to sell on.

Comic book conventions are a great way to meet thousands of fans who are passionate about comics. By going to conventions like ComicCon, you can get insights into upcoming comics, get familiar with new genres, and maybe even find great deals on new and rare comics.

Get to Know the Grading System

If you’re interested in collecting for an investment, you will need to get to know the comic book grading system. Comics are graded for quality, so buyers know what they’re in for. A rating of 0.5 means a comic is of really poor quality, while 10.00 is Gem Mint quality (and pretty rare!).

Everything You Need to Know about CGC Comic Grading

Keep an Eye out for Landmark Issues

It doesn’t hurt to keep an eye out for valuable comics, whether you’re in the game to make money or not! If you are in a store, have a look for landmark issues. Certain comics can be worth thousands of dollars — particularly those that feature the first appearance of a well-known character. You might also want to keep a lookout for a comic that is the first of a series, comics that feature the death of a major character and comics that feature the first appearance of a popular object, weapon, or new costume. Low print run issues can also be worth a lot of money, but this isn’t always the case.

Stay Organized with a Spreadsheet

If you’re interested in building a comic book collection so you can sell it on later on for a handsome profit, we recommend keeping track of your comics with a spreadsheet. With each column, make a note of:

If you’re looking to sell your comics today, we can get you a quote within 48 hours

Having a great collection of valuable comic books doesn’t mean anything if they’re not stored well. It’s important to care for your comics, and doing so isn’t too difficult or time-consuming.

You should keep your comics in sturdy containers, or in comic binders with clear plastic sleeves to prevent tearing and folding. Be cautious of exposing them to any kind of heat or moisture — keep your comics in a dry room at room temperature. Remember, these comics are an investment — whether it’s in terms of personal enjoyment, money, or both. They deserve to be well looked after and respected.

Quality Comix is your online comic shop. Whether you're looking to buy or sell, we're here to help. Get in touch with our comic experts today.