/ Comic Resource Guides & Articles / [Guide] What Are the Most Valuable Comics From the 1970's?

[Guide] What Are the Most Valuable Comics From the 1970's? 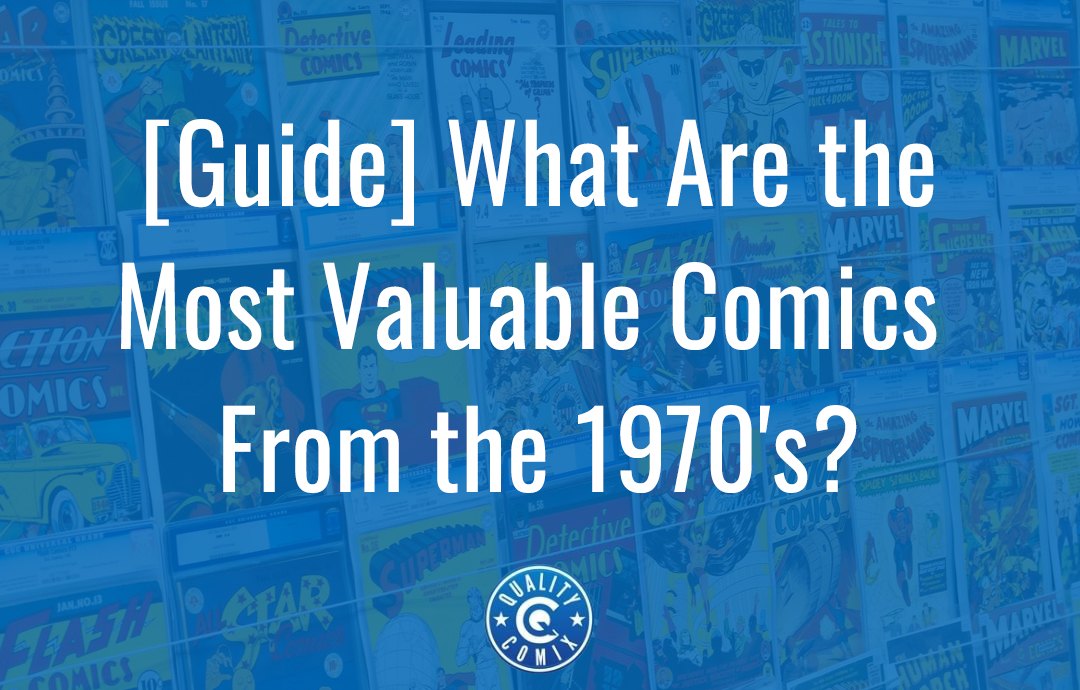 Last time, we wrote about the most valuable comics in the 1960s. Now, let's pick up where we left off.

The 1960s was a few years after the start of the silver age of comics, and that age is generally considered to end in 1970. That means the whole of the 1970s was the next era, the bronze age, which lasted until 1985.

In the 1960s, the comics code authority was in full force, pushing comics into wholesome and fantastical realms. Superheroes flourished, and the 60s is packed full of the introductions of characters we now consider iconic. What, then, is the 70s known for?

Well, when you think of the darker turn in comics, you might think of the 90s and early 2000s, but the truth is that there was an earlier shift towards the darker themes and a look behind the glitz and glamor; and it was the bronze age.

The 70s were noteworthy for a few reasons.

So, that's the 70s in a nutshell. Darker tones and themes, stories involving more death and drug abuse, a loosening of the codes that governed the stories in comics, and an overall tightening of the number of characters and books being written.

With all this in mind, what comics are the most valuable from the 1970s? As always, remember that condition matters, and getting your books graded can significantly benefit the comic book's value.

Perhaps one of the most famous characters to come out of Marvel in the 70s, you'll be quick to recognize the iconic yellow spandex, the claws extended from the backs of the hands, and the ability to go toe-to-toe with heavyweights like the Hulk: it's Wolverine!

In many ways, Wolverine is emblematic of the 70s. He's not a bright, happy hero fighting crime. He's a product of a weapons program. He's gruff, brutal, violent, and pragmatic, and above all else, he's violent. His unbreakable skeleton, his healing factor, and his rage made him the perfect combat character, always able to be knocked down and get back up swinging. 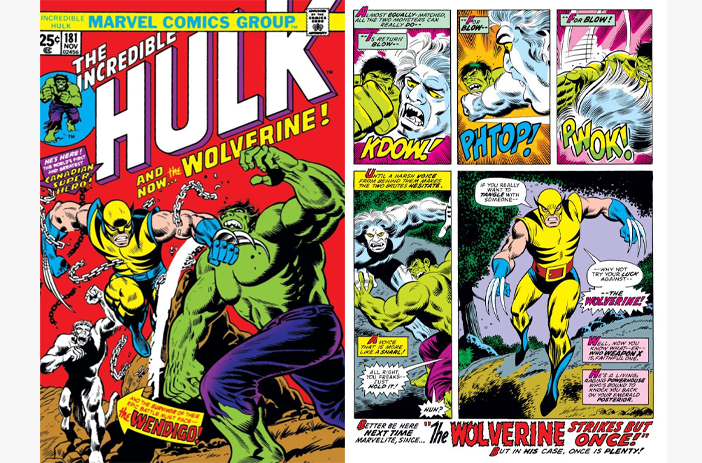 There's some dispute over which comic is Wolverine's actual first appearance. Hulk 181 is his first full appearance, but he technically has a cameo in the previous issue, Hulk 180. That one will be later on this list, but as you can guess from 181 topping the list, it's the one most people turn to. Incredible Hulk #181 is the most valuable comic from the 70s.

(If you see it listed online as Incredible Hulk 1962, remember that's when this series of Hulk comics started; issue #1 was in 1962, and issue #181 was in 1974. Google's aggregators can mid-list the date sometimes.)

Here, too, we can see one more big difference between the Silver Age and the Bronze Age of comics.

Another stunning example of the differences between the 60s and the 70s can be seen in this comic, which is the introduction of another still-going superhero with a much, much darker twist. It's Ghost Rider, a motorcycle stunt rider who sells his soul to a demon in exchange for supernatural powers that he then uses to punish evil. There's a lot of story going on there to explain why that's fine with the demons, but you'll have to read quite a bit of Ghost Rider to find out. 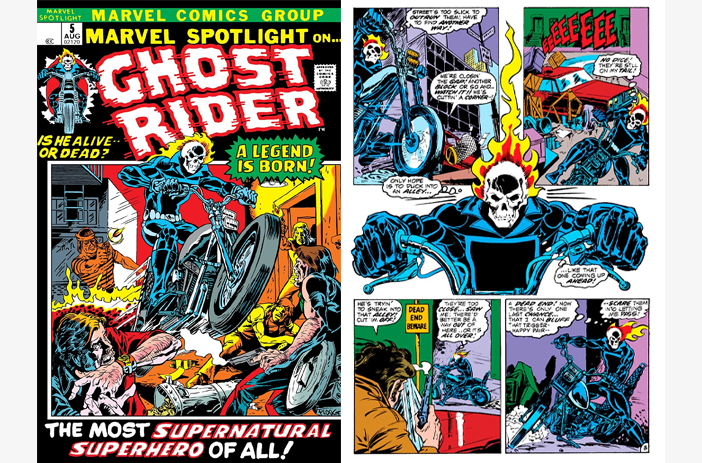 This comic is hugely valuable when it's in a high-grade condition, but it's pretty rare to find it that high for one primary reason: the cover is almost entirely black! Fading can be a bit of an issue, but more importantly, the black shows damage so much more than other colored covers. The record-setting sale of this issue was a hair over $250,000, but you can find graded (and even signed) copies on eBay for only around $9,000 today.

It takes a unique copy to top the lists again, but it's not an impossible dream; you may have one carefully preserved since the 70s.

Widely considered one of the more emblematic issues of the Bronze Age, you can see right away that this era will be different than what came before. Where in the past, heroes fought villains and saved the world, here, Green Lantern has to confront more insidious evils: social problems, poverty, civil rights, and more. Problems we're still grappling with today, with or without heroes in spandex to punch them away. 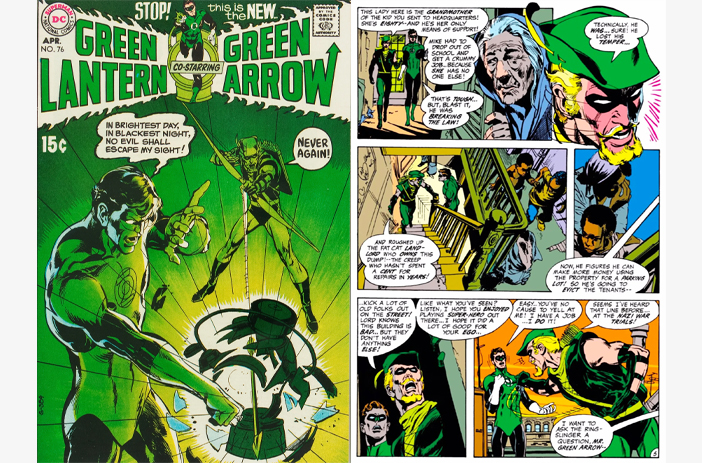 You can already see the long tail of price and value showing its head here as well. While the #1 most valuable comic in the era sold for a third of a million as a record, this one's record sale is only a tenth of that, around $37,000. While that's nothing to scoff at, it's not going to be making headlines either.

This comic is a prime example of the value of many comics from the 70s; they aren't valuable because of their rarity or their character introductions but because of the stories they told that resonate even today, 50 years later.

Another character is introduced in this one, and no, he's not a werewolf. What if you took a character like Batman but crossed him a bit with a character like Wolverine and gave him a stand-out color scheme of black and white in an all-color medium like comics? That gives you Moon Knight. 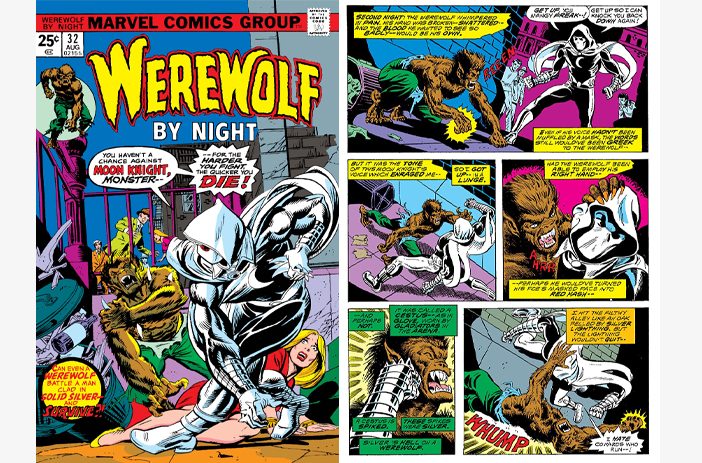 While Moon Knight might not be one of the most iconic heroes, he's recently seen a resurgence online. His popularity in memes notwithstanding, Moon Knight has been tapped for appearances on TV as a Disney+ original, leading to greater interest in his comics due to the new show. Of course, his early comics were downright mundane compared to the wackier elements in his later appearances. Still, fans of the character and collectors of his books will see his earlier issues – including his first appearance – rising in value for the time being.

Comics weren't the only medium in the 70s experiencing shifts, and one immensely popular film was released in 1977 by the humble name of Star Wars. What we now know as Episode 4 was the first Star Wars film, and it was an immediate hit, eventually ballooning into the worldwide cultural sensation we see today. Of course, even worse in the 70s, media tie-ins were inevitable, and just a few short months after the film's release, the comic started up with Star Wars #1. 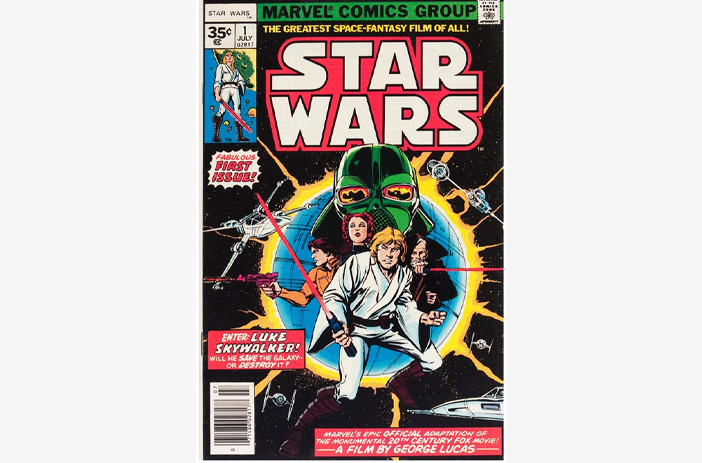 Here's the thing: Star Wars #1 is not all that valuable. The value comes from another detail you have to pay attention to as a comic collector, and that's variants. Not all comics are the same! Whether there are print errors, market tests, or just different covers (which you see a ton in the 90s), variants of the rarer variety can hold much more value.

When this comic was released, Marvel was testing out a higher price for certain cities around the US. While the majority of the copies of Star Wars #1 are listed as $0.30 priced, a smaller selection released in those select cities was listed at $0.35 cents each. Their rarity, of course, makes them more valuable. A standard copy only costs $300 or so today, but the variant can be as much as $25,000. Quite a difference for just a change in a small section of the cover. Right?

For many reasons, Luke Cage is a groundbreaking hero, and though his early content may not live up to modern sensibilities, he's still highly noteworthy and worth collecting today. This debut issue is another of the more valuable comics from the 70s, with record sale prices of a bit over $25,000. 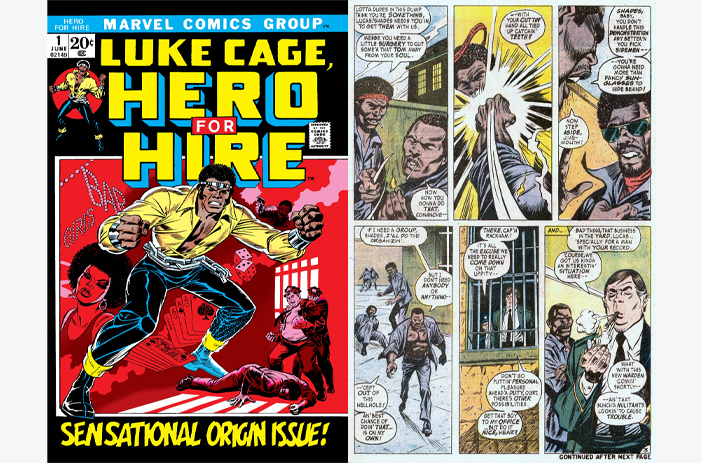 Like Ghost Rider, this comic is also relatively difficult to find in high-grade condition due to the all-black cover.

In general, the X-men weren't introduced in the 70s, but many of the now-iconic characters indeed were. Wolverine joins the team after his debut in the Hulk comic earlier, and several new now-iconic X-men joined up, including Nightcrawler, Storm, Colossus, and Thunderbird. 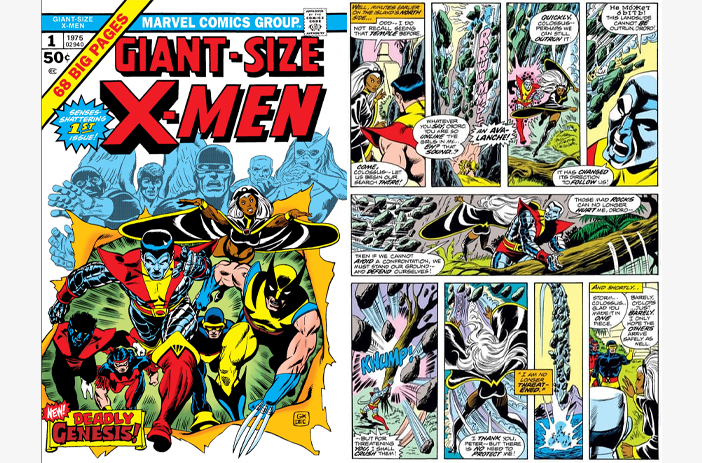 It is page for page, the most "new character" introductions in a single book since the advent of superheroes in the 60s, and is much sought-after by collectors and fans of the X-men.

Jimmy Olsen has been a sidekick of Superman for a long, long time, and he's established enough to have his own tertiary line of comics. 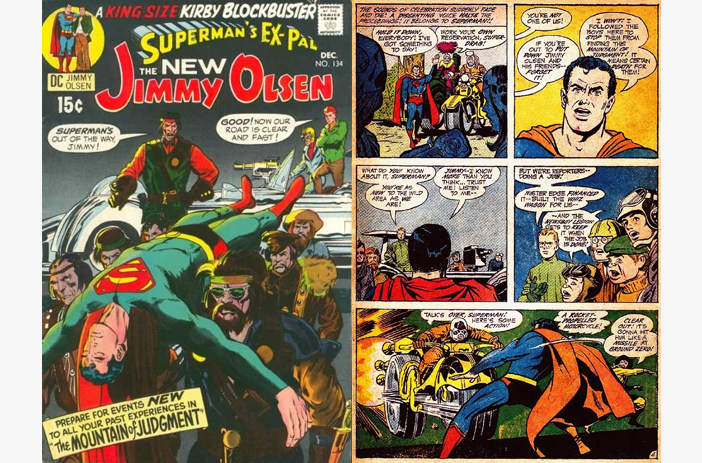 This issue is even titled differently (as Superman's Ex-Pal, the New Jimmy Olsen), and includes the introduction of a new now-iconic villain, Darkseid. While his appearance and characterization have changed over the years, this first single-panel cameo is nonetheless an important part of his character history.

Wait, who? Cerberus the Aardvark wasn't a mainline DC or Marvel hero; instead, this indie comic started life as a parody of Conan and expanded into a whole new experimental line of its own. Dave Sim's indie work is both highly regarded and difficult to find, even back then, and it's rare enough now to fetch quite the premium. 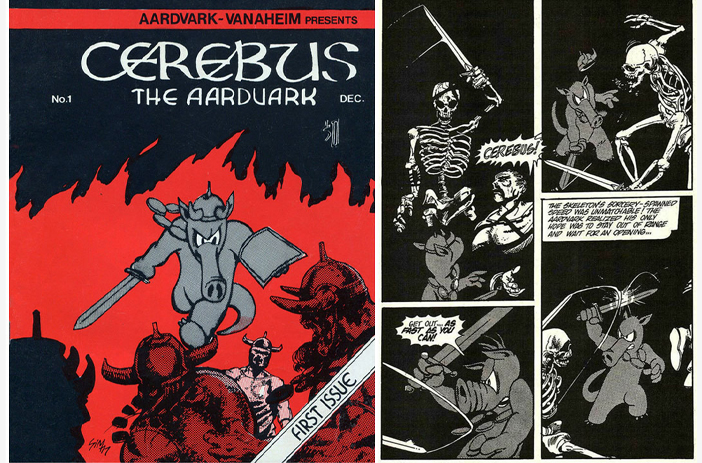 Just don't look too closely at his modern stuff. 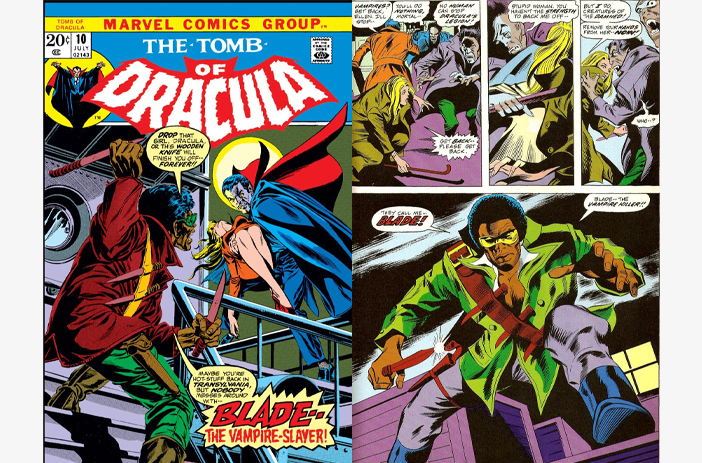 Blade getting a reboot movie, plus his cameos throughout other comics, leave this first appearance to rack up the value year over year.

Above, we mentioned that Wolverine's first appearance is a little debated. Barely an appearance, but technically his first, this issue is valuable for 70s comics but only comes close to his first full appearance in 181. 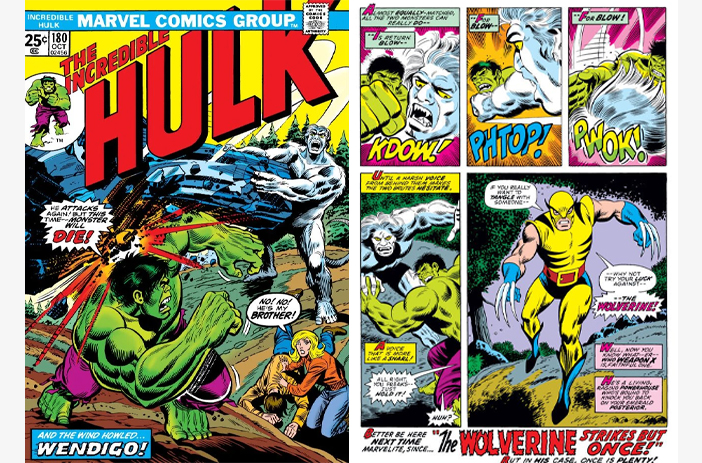 That's because he technically appeared in the previous issue, #180, though it was only one panel at the very end as a stinger for the next issue.

Curious About What Your Issues Are Worth?

This list is only scratching the surface of the valuable comics from the 70s, as a lot can sell in the $10,000 range when graded and in good condition. You may even have a bunch of them squirreled away in your attic or in storage. 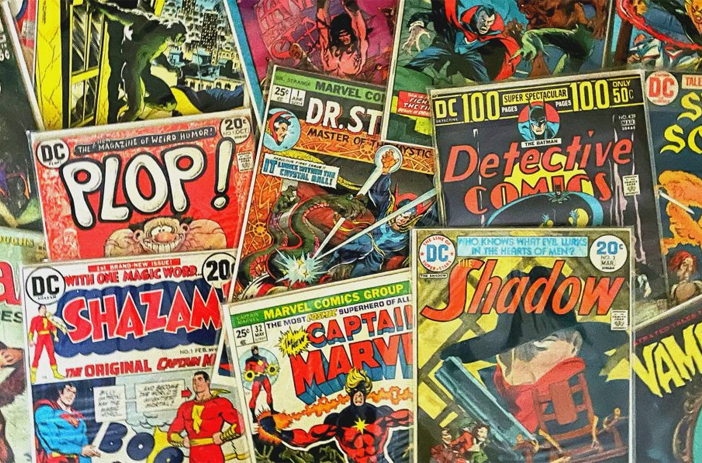 If you're curious if your comics from the 70s are worth anything, we're always open for appraisals. Drop us a line, and we'll chat about what you have and tell you what we think they'd be worth, with no obligations. It can't hurt to have a comic book professional look at some photos of what you have and give you an idea of their value!