/ Comic Resource Guides & Articles / Comic Book Protectors: Which Products Are The Best to Use?

Comic Book Protectors: Which Products Are The Best to Use? 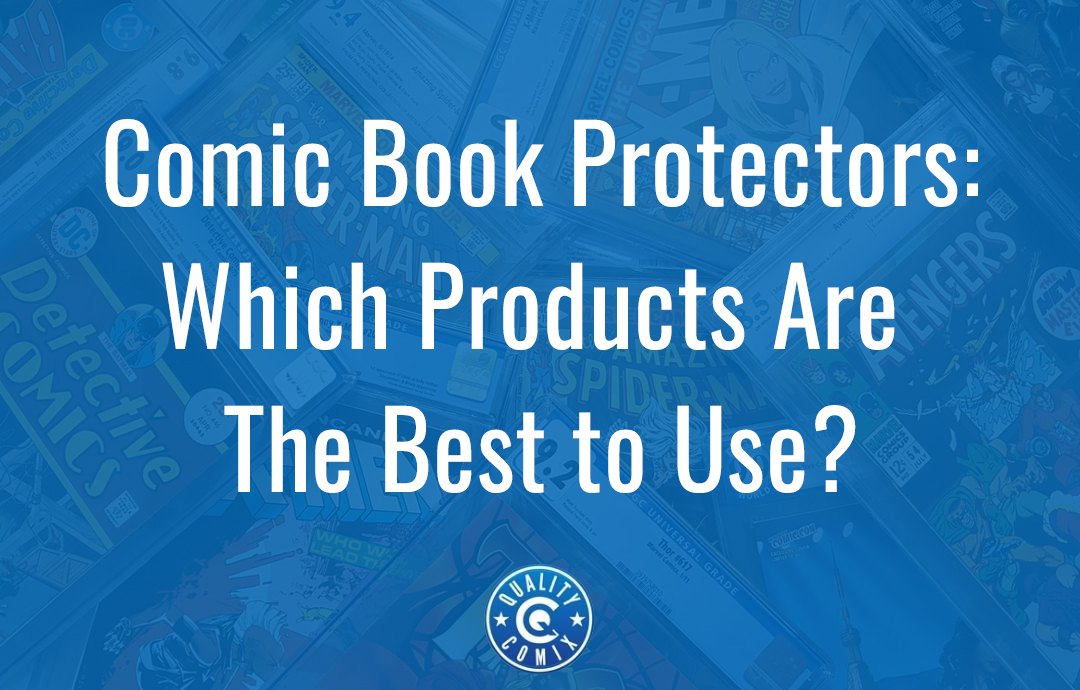 When it comes to comics, one of the most important determining factors for the value of a book is the condition. The difference between a comic graded at 9.8 and one graded at a perfect 10 is significant. For example, one of the most valuable comics from the 1980s, Secret Wars #8, had a 9.9 graded copy sell for $6,000. That's a good chunk of change (though far from the seven figures of a golden age high-grade), but a perfect 10.0 copy of that exact same comic sold for $32,350.

Handling defects are any evidence that the comic has been opened and read whatsoever. Even the tiny amount of creasing around the staples, indentations from holding it, oils from fingerprints, or tiny scuffs in the ink can contribute to this. Serious collectors buy their comics and immediately put them into storage as safely as possible. Often, they may not even read them, or if they do, they purchase digital editions to read and keep the physical editions pristine.

So, how can you safely protect your comics (old and new) to keep them free from handling defects, environmental contamination, or other sources of damage? Let's go through your options.

Slabs are heavy, hard-shelled plastic cases that enclose a comic, keeping it sealed and protected from the elements. When you send a comic to be graded by an agency like CGC or PSA, they send it back in a slab. There are a few key points to know about slabs.

They're sealed. You cannot open them up to remove the book and read it. Or, rather, you can, but cracking the slab invalidates the comic's grade, removes the protection the comic had, and can even be a little dangerous to the comic, depending on how you open the slab.

They're protective. Slabs are made of durable plastic that prevents damage. The seal is complete, so they're highly resistant (though not immune) to water damage. They're essentially pressed, so they won't warp and degrade over time on their own. They aren't UV-protective, though, so sun damage can still affect them.

That said, slabs are not free from entropy. They aren't vacuums, they aren't irradiated to kill bacteria, and they aren't completely immune to intrusions. Slabs can be cracked open. They're vulnerable to damage from heat or fire. Natural decay and entropy will eventually degrade the comic inside, even if it's protected from the harshest of the elements.

One thing to note is that the slab is intentionally not 100% sealed and airtight. This is because of the science of preservation. Paper degrades on its own and actually degrades faster if it's sealed. You can read more about this here. 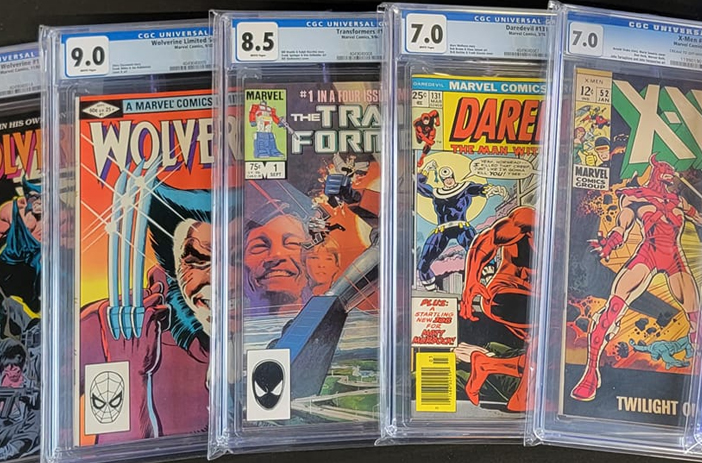 They're for collectors. Slabs cannot be opened, and the comic cannot be read. Anyone collecting comics to read them won't be slabbing up those comics, and anyone buying slabbed comics is doing so as a collector's item, not as a piece of reading material.

This has caused quite a bit of debate in the comics community. Some people feel like treating comics as pure collector's items is ruining the purpose of the items themselves, which is to be read and enjoyed. Others acknowledge that no one in their right mind is going to buy a million-dollar copy of Action Comics #1 to read it.

After all, if you want to read the comics, there have been dozens of reprints, and there are digital editions you can pick up for just a dollar or two to read instead. There's no reason to crack open and read a physical copy of the original Action Comics #1 except as a piece of rich man's performance art, and that would spark a whole debate on its own.

Slabs are the single most protective option available for keeping your comics in pristine condition. However, they're also costly; you have to ship a comic to a grading agency and pay them to grade and slab it. They also generally won't do this for modern-era comics or comics with little or no inherent value, though where this line is drawn can vary.

Can you slab your own comics?

You can buy slabs raw and seal your own comics in them, sure. Companies like Comic Skin sell slab kits so you can slab and protect your comics without needing to pay a company like CGC to grade them (or in cases where CGC refuses to grade your books.)

The one major drawback to doing this is that it doesn't offer the same value or prestige as a true slab. True slabs come with certified guaranteed condition and grade, which is what adds value to the book. A slabbed comic that you just slabbed up in your living room isn't graded and isn't guaranteed to be perfectly protected or even in good condition, so it doesn't carry that added value. 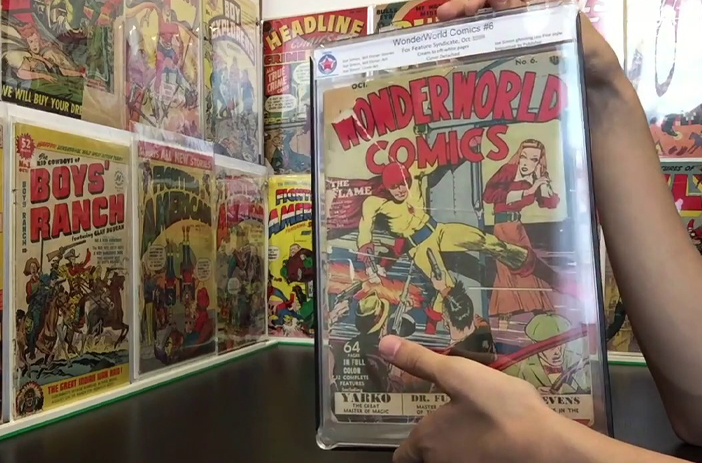 DIY slabs are an okay option if you're trying to protect books for your own personal archive but you don't care about grading them or eventually selling them. Then again, properly bagged and boarded comics (more on that later) are just about as protected, so the slab might be overkill.

Have you ever purchased a toy or piece of electronics that comes in one of those semi-soft plastic containers with pressed and sealed edges? They take scissors or a razor to cut into to get your prize out of them, and it always feels like you're going to cut yourself opening the clamshell. Well, that's basically what a soft slab is. 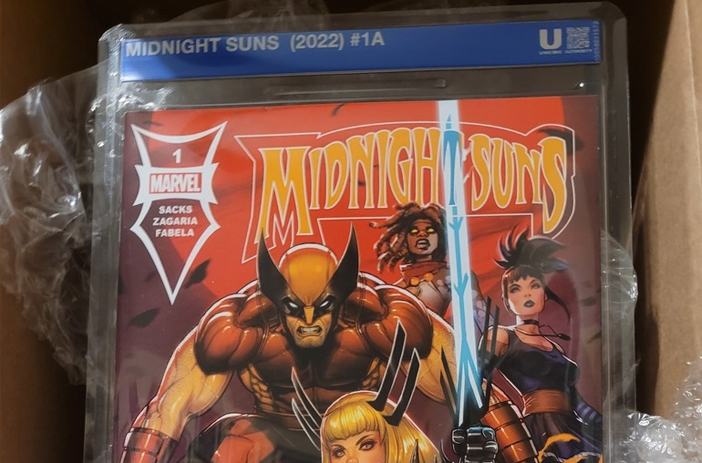 Soft slabs are offered by certain companies, like Collect Forever. The idea is that you can "guarantee" that the comic is uncirculated and pristine by purchasing it directly from a retailer, who puts an immaculate copy of the comic in a soft slab, seals it, and sends it to you. They're tamper-proof, but because of that seal, they're probably worse for long-term storage than a real hard slab.

Soft slabs are still relatively rare, and they aren't a do-it-at-home kind of product. If you want to order your premium comics from a company that sends them to you in a soft slab, that's fine. But, since they're a new product, you won't find old and valuable collector's comics or key issues in soft slabs; they'll either be raw comics or slabbed.

The "bagged and boarded" style of comic protection is the hobbyist protection. This is what the majority of comics (at least, those that are protected at all) are stored in. You see this in comic stores in longboxes, in home collections, and all over online marketplaces.

Bags and boards are exactly that: a comic-sized bag that holds and protects the comic from casual environmental damage and a comic-sized cardboard insert that keeps it stiff.

Boards serve two purposes, depending on the kind of board you get.

The first purpose, common to all boards, is stiffness. If you've ever tried to stack magazines or comics before, you know that they can slip and slide against one another. When filed in a longbox, that means they can slip down and curve, curl, and crease. In short, the weight of the book itself can damage the book. After all, paper is pretty flimsy, so there's nothing holding up a comic on its own. A board provides stiffness for the comic to prevent it from curling under its own weight or under the pressure of other comics it's stored with. 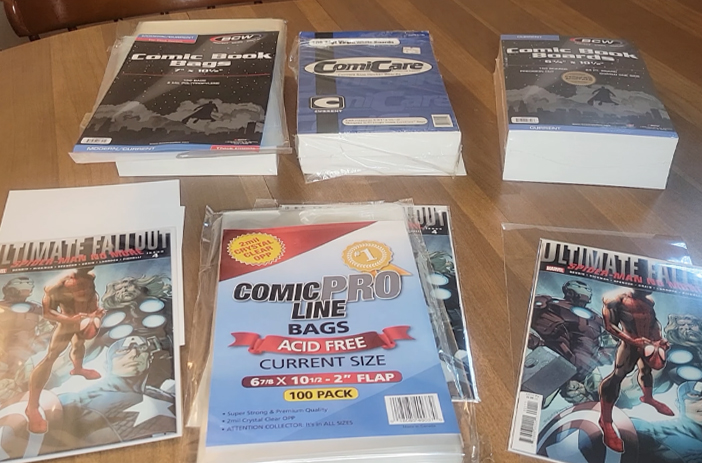 Some boards – more expensive but better for archival – are acid-free boards. As we mentioned above, paper decays over time simply because of the materials it's made out of. Decaying paper releases acids that further eat away at the paper. This is why ancient comics, newspapers, books, and other kinds of paper-based media are very brittle and fall apart. The acids eat away at the structure until there's practically nothing left.

Acid-free boards are lightly coated in calcium carbonate, which absorbs and neutralizes the acids the paper releases. It won't contaminate your comics, but it will help preserve them for longer while also providing that stiffness.

Bags, meanwhile, come in three forms. Bags are the outer layer of protection, helping to minimize dust intrusion, casual moisture, and even UV damage, depending on the kind of bag you pick. The three kinds of bags are polypropylene, polyethylene, and mylar.

Mylar and an acid-free board is the best combination you can use for comics you're bagging and boarding. It is, however, correspondingly expensive.

Those of you who come from card collecting will be familiar with top loaders. These are heavy plastic sleeves, like bags but a lot stiffer. You're meant to sleeve a card and then put the sleeved card in the top loader for additional protection from bending and other kinds of damage. They don't seal, and they aren't as protective as slabs, but they're a step "up" from sleeves. 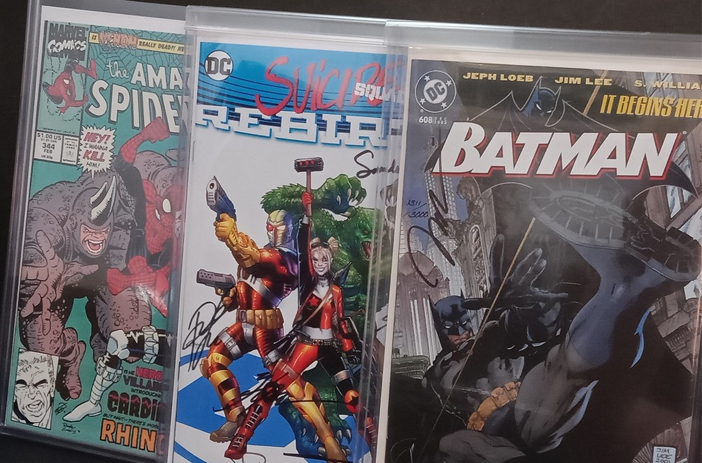 Comics also have top loaders available. The stiffness means they act sort of like a bag and board together. The trouble here is that they aren't as good at their job as either one; mylar bags are better for environmental protection, and boards are better for stiffness. A top loader is fine for displaying cheap comics, but they aren't very good for long-term storage. Plus, if you don't have an inner bag for your top loader, the comic might stick to the inside and be impossible to remove after enough time has passed. Devastating!

Boxes come in all forms, from individual folios and pelican cases to hold individual slabs, down to cardboard longboxes meant to store 100 or more bagged-and-boarded comics at a time. It largely comes down to personal preference; some people like themed plastic longboxes, while others just buy roughly the right-sized plastic bins from Amazon or Home Depot. 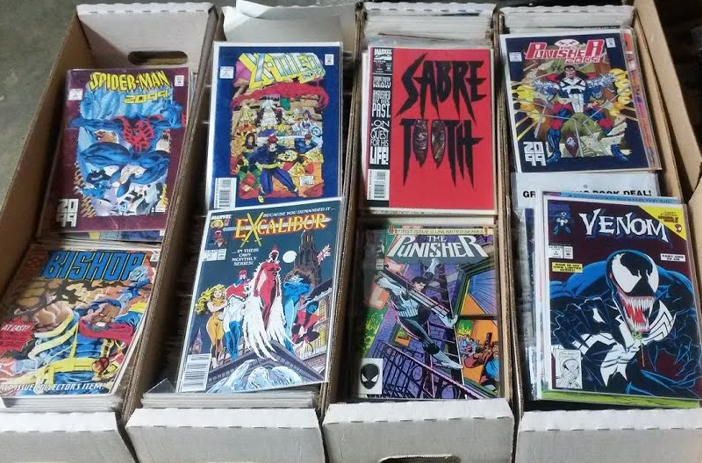 Boxes are more for storage and transport than for protection, though, of course, they do offer some protection simply by being boxes.

The choice you make for protecting your comics will generally come down to the intersection between how much you value them and how much you care about them.

If your comics are very valuable, slabs are the way to go. Getting a book slabbed is the best possible option for protecting it long-term. They aren't indestructible, but they're better than most other alternatives. You can then choose to store the slab in something protective as well, in the case of extremely valuable slabs. 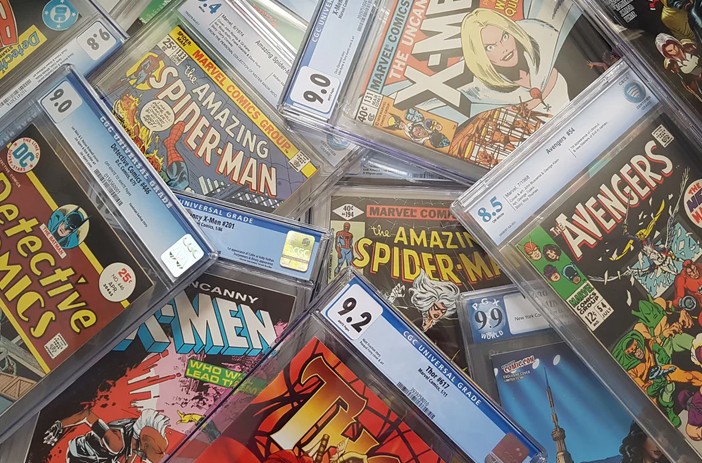 If your comics are somewhat valuable, but you don't care about resale or grading, a DIY slab can be a decent option. That's entirely up to you, though. They aren't as good as "real" slabs.

If your comics are lower in value but still have some value, bags and boards are good. For higher-value comics, a mylar bag 2mil thick and an acid-free board is the way to go. For lower-value comics you nevertheless want to protect, a simple polyethylene bag and a basic board is fine. Polypropylene isn't really worth it these days since polyethylene is roughly the same cost and has better protection.

If you want to have your comic collection appraised, or you want to sell a collection (or even just individual comics), why not drop us a line? We're always available to answer your questions, appraise your collection, or help you sell your comics.