Marvel Facts That Only Superfans Know 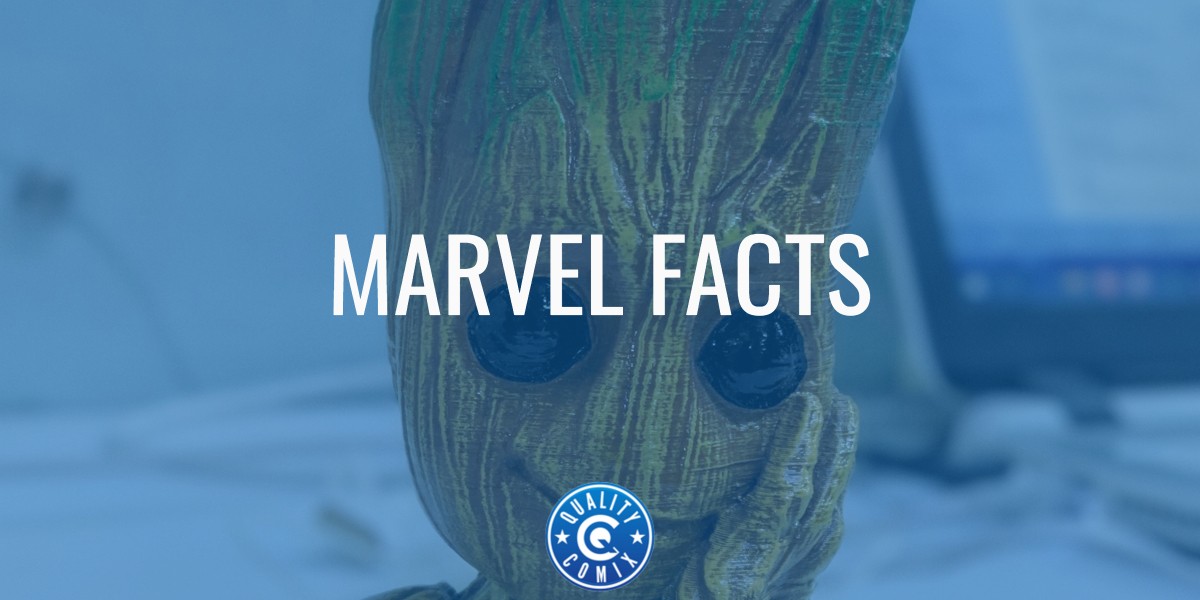 Marvel facts only superfans will know

You might think you’re a Marvel fan, but did you know these amazing facts?

1. It would take you approximately 1,156 days to read all the Marvel comics

It is thought that there are around 37,000 Marvel comics. If you took 15 minutes to read each comic, and you devoted eight hours of your day, every day, to the adventures of the superhero squad, it would take you approximately 1,156 days to complete the series. If you have a lot of time to kill, why not give it a go?

2. Michael Jackson once tried to buy Marvel so that he could star as Spider-Man

Known more for his chart-topping tracks than his superpowers, Michael Jackson tried to buy Marvel Comics in the 1990s because he wanted to star as Spider-Man. Stan Lee, comic book writer and producer of the Spider-Man movies, once told an interviewer that he thought Jackson would be a good Spider-Man but that Tobey Maguire was a better match for the role, describing his portrayal as “wonderful”.

George Lucas is a proud fan of Marvel Comics and his iconic villain, Darth Vader, is thought to be loosely based on Doctor Doom. Doctor Doom first appeared in The Fantastic Four #5 in 1962.

4. Marvel Comics held a trademark for the word ‘zombies’ until 1996

Marvel Comics trademarked the word ‘zombies’ in 1973 following the release of the Tale of the Zombie. The trademark remained in place until 1996 when the popularity of zombie movies and sci-fi books made it impossible to retain.

5. Mario Puzo, author of The Godfather, once tried to write for Marvel Comics

The author of one of the most iconic books and movie series of all time, The Godfather, once tried his hand, unsuccessfully, at writing for Marvel Comics. Mario Puzo attempted to create a storyline but found it too difficult and returned to novels and screenplays.

6. The character of Venom was created by a fan

Marvel’s superhero, Venom, was created by a fan who entered a contest in 1982. The competition was designed to offer opportunities for aspiring artists and creative talents. The artistic entry submitted by Randy Schueller impressed the panel so much that they offered to buy the idea. Venom was created in exchange for a payment of $220. Schueller’s innovative artwork showed Spider-Man switching his usual suit for an upgraded black version for enhanced sticking power.

7. Werewolves were banned in Marvel Comics

The Comics Code Authority banned Marvel from using werewolves and vampires. To get around the rule, writers conjured up new villains, including one in the form of a were-pterodactyl, which appeared in X-Men in 1969.

8. Marvel was the first comic publisher to give a black superhero his own comic

In 1972, Marvel Comics made history by becoming the first comic company to give a black superhero his own comic. Luke Cage made the first appearance in his eponymous series in Luke Cage: Hero for Hire. Cage was later known as Power Man.

9. Wolverine was originally supposed to be an actual wolverine

During brainstorming sessions for the development of the character of Wolverine, the idea of using an actual wolverine was put forward. The concept suggested that the character started life as a wolverine, which later evolved into a human. The idea was later scrapped.

10. Chris Evans turned down the role of Captain America twice

Chris Evans, now a household name and Hollywood star due to his role as Captain America, actually turned down the role twice before finally agreeing to take on the mantle. It is thought that he was uneasy with the idea of being catapulted to stardom.

11. Chris Hemsworth fought off competition from his own brother to land the role of Thor

Most actors are prepared to fight off tough competition from others to secure prime roles, but most won’t have had to beat their own sibling. Both Chris and Liam Hemsworth auditioned for the role of Thor.

12. Thor is the richest of Marvel’s characters

Much is made of the superpowers possessed by Marvel’s comic and movie characters, but did you know that Thor is the richest superhero? Thor is a God, a member of Royalty and he boasts multiple vaults packed with treasure.

13. Jeremy Renner underwent training with Olympians to prepare for the role of Hawkeye

Actor Jeremy Renner underwent training with Olympians to hone his archery skills to prepare for the role of Hawkeye. In an interview, Renner said that the training was both a help and a hindrance, as real-world archery is very different from Hawkeye’s archery.

According to Statista, the best-selling Marvel comic book of all time is X-Men #1, which has sold over 8 million copies.

15. Robert Downey Jr was almost rejected for the part of Iron Man

Robert Downey Jr very nearly didn’t make it to playing Iron Man. Producers were unsure about his suitability for the role, but he was backed by Jon Favreau and went on to play the superhero in ten films.

16. Spider-Man is the most popular Marvel superhero

A study conducted by Game recently revealed that Spider-Man is the most popular superhero in the world. Fellow Marvel icon, Iron Man, also made the top five.

17. The most expensive Marvel comic book sold for over $1 million

The most expensive Marvel comic book, Amazing Fantasy #15, which stars Spider-Man, sold at auction for over $1.1 million in 2011.

18. Tom Holland reportedly found out he was playing the new Spider-Man on Instagram

It’s not every day you land the role of Spider-Man, but Tom Holland found out in the same way as most of us, through social media.

19. Many of Marvel’s superheroes have Irish heritage

Did you know that many of Marvel’s superheroes, including Captain America, The Beast, Bullseye, The Iceman and Daredevil, all have Irish roots?

20. The Guardians of the Galaxy soundtrack was only the second to sell over 1 million digital copies

The Guardians of the Galaxy soundtrack became the second soundtrack to sell over 1 million digital copies. Disney’s Frozen was the first film to achieve the landmark sales target.

Marvel Comics has created an awe-inspiring parallel universe, which has delighted fans of comic books and movies for decades. If you’re a Marvel fan, make sure you’re up to speed with these amazing facts only superfans would know!