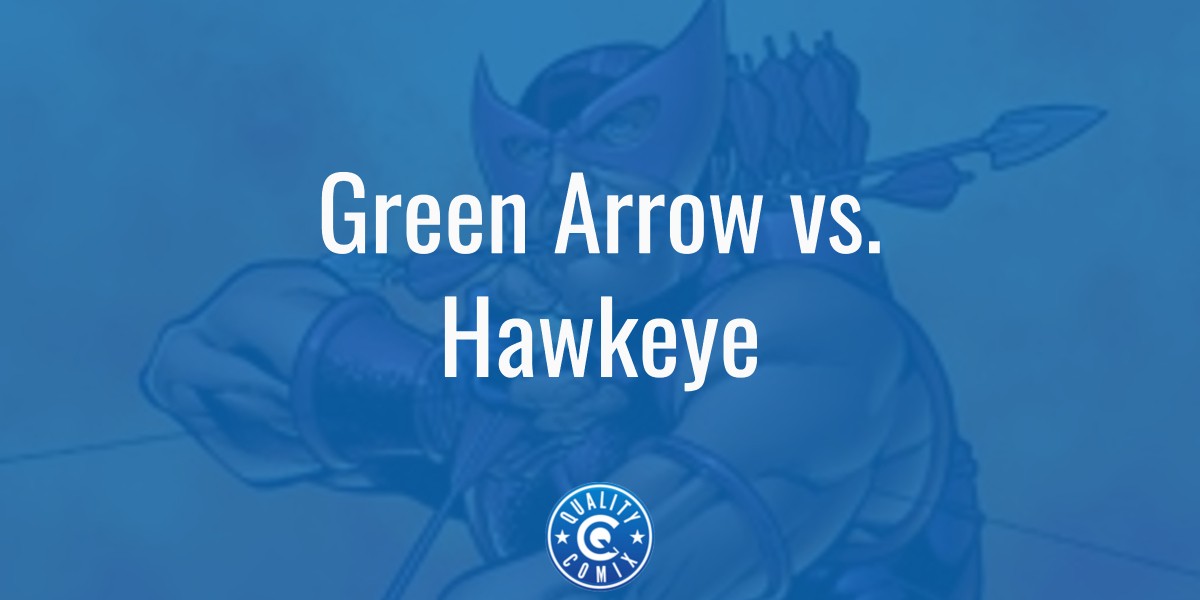 Comics are an excellent hobby to have and an entertaining way to pass the time. It’s fun to read about what your favorite characters are up to and who they’re overtaking and battling next. Comics are a lot more fun and easier to read than, say, a normal book.

They use visual language to convey information and can be quite entertaining. Two characters you may have read or heard about are Green Arrow and Hawkeye. Continue reading to get a better idea of who these characters are and what they’re all about, their powers, origins, and who would ultimately win in a showdown.

Green Arrow is an American comic strip superhero who is nicknamed the “Emerald Archer” for his Robin Hood-like appearance and manner. Introduced in the 1940s, his costume is comfortable and allows him greater flexibility when battling villains. It’s also become darker over the years so he can blend in with his surroundings better.

He is an imperfect man who can and does make mistakes. Nevertheless, he is one of the greatest heroes in the entire DC Universe. His archery skills come in handy and he is always proud to share that he can shoot 29 arrows in under a minute, and can shoot arrows up to 117 mph. Green Arrow relies on his equipment a lot more than Hawkeye does.

Overall, the creation of Green Arrow was an attempt to replicate a well-known character named Batman – who you likely have heard a lot about. He soon had a regular appearance in titles such as Adventure Comics and World’s Finest Comics. In the late 1960s, Green Arrow moved more toward fighting social injustice.

One might go as far as to say that he never misses. His archery is always on point and precise; he not only hits his targets but can shoot very quickly. It’s safe to say that he is the master of his bow and arrow.

As for Hawkeye, he is a fictional character who appears in American comic books published by Marvel Comics. The costumed archer Hawkeye first appeared in Tales of Suspense #57 (September 1964). As a former villain and a long-time member of the Avengers, Hawkeye is a well-known superhero in the Marvels. Then in the early 1980s, Hawkeye was working as a solo crime fighter.

He was born Clint Barton who was orphaned at a young age. He then joined the circus and apprenticed himself to the Swordsman. In other words, turned himself into a performer who specialized in tricks with blades. He also experiences hearing loss throughout his life and it became worse after one of his biggest battles. Another one of his weaknesses is that Hawkeye is blind in the comics due to cataracts.

Although a superhero, he does have some limitations and weaknesses. One of these is that he’s limited by his ammo. However, he has plenty of experience leading teams and has also assisted in honing the skills of the villains-turned-heroes of the Thunderbolts.

You can also safely say that Hawkeye has proven over the years that he’s a better hand-to-hand fighter when comparing the two of them. The circus helped him to be more nimble and acrobatic. He not only specializes in archery but is also an excellent swordsman and has experience with several types of weaponry.

And the Winner is…

In terms of publication, Green Arrow is 23 years older than Hawkeye. Some may say Hawkeye has an upper hand because he started training at a very young age compared to Green Arrow. Although Green Arrow has superb archery skills, Hawkeye holds some advantages due to his upbringing.

You may be wondering whether Green Arrow is stronger than Hawkeye and who would win in a showdown between them. After further review, it’s clear that Green Arrow will come out on top. Why you might ask? Although Hawkeye is a better combatant, Green Arrow is a way better archer and can quickly overcome anything Hawkeye tries to throw or bring at him if the two were to take each other on one on one. Hawkeye remains slightly slower to the punch than Green Arrow with a bow and arrow.

However, one might also say that Hawkeye has the upper hand because he is less dependent on trick arrows versus Green Arrow. I guess the decision is ultimately up to you after learning more about these two characters and what they’re capable of.

Each character has had their moments to stand out amongst the other members and each has dealt devastating blows to incredible threats. With that said, Green Arrow definitely has the advantage with villains that are specific to him.

They have some similarities and overlapping characteristics, especially as it relates to the skill of archery. Overall they’re both great marksmen, but only one can be labeled the best.

You now know more about who Green Arrow and Hawkeye are and why their characters are so intriguing and popular. They each come from different and unique origins, and offer their own set of skills and abilities or strengths. While both are superheroes, they too have their own set of weaknesses and struggles.

Therefore, it makes it a bit difficult to know who exactly would win in a showdown. You’ll have to weigh all the characteristics and strengths of each and decide for yourself in the end. One aspect is for certain and that’s that each character has proven to be extremely valuable to their teams. They’re both also very passionate about their roles as heroes and are always team players.

Some might say that the debate over who really is a better marksman may never be settled. Now you have the facts and information you need to make your own decision on the matter. So, what do you think, who would win in a final showdown?

Have a question about a certain comic or want more information about buying and selling your comics? Contact us through our website or call us at 1-800-548-3314 and we will be happy to help you with whatever questions you may have.