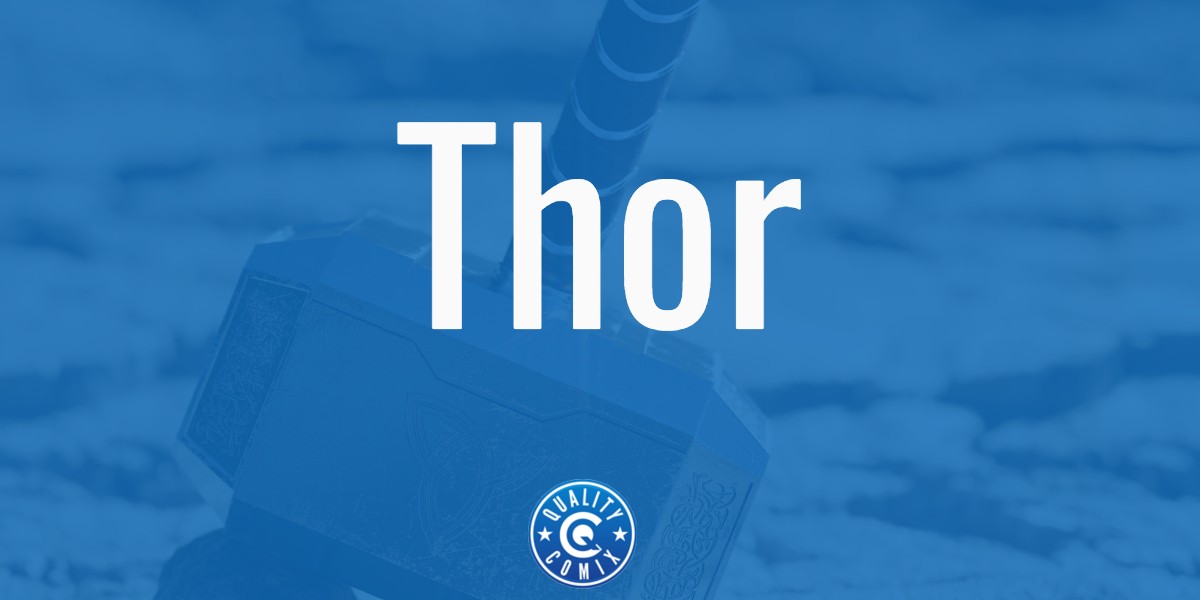 Thor boasts one of the most intriguing backgrounds in the Marvel Universe. While being loved on screen and in comics, he is actually a God in Norse mythology.

Regardless of his background Thor Odinson has captured the hearts and minds of fans across the world.

And in this article, we have compiled the best list of Thor quotes from the web, Asgard and the Marvel Universe.

“Know this, son of Coul. You and I, we fight for the same cause: the protection of this world. From this day forward, you can count me in as your ally, if… you return the items you have taken from Jane.” – Thor

“You’re a talented liar, brother. Always have been.” – Thor

“I’m only alive because fate wants me alive.” – Thor

“You dare Threaten me, Thor, with so puny a weapon?” – Thor

“I choose to run towards my problems and not away from them.” – Thor

“No, I don’t have a phone but you could have sent me an electronic letter. It’s called an email.” – Thor

Thor (to Loki): Dear brother, you're becoming predictable. I trust you, you betray me. Round and round in circles we go. See, Loki, life is about... It's about growth. It's about change. But you seem to just wanna stay the same. I guess what I'm trying to say is that you'll always be the God of Mischief, but you could be more.

“There will never be a wiser king than you. Or a better father. I have much to learn. I know that now. One day, perhaps, I will make you proud.” – Thor

"Phil Coulson: Excuse me! Donald? I don't think you've been completely honest with me."

“At least make it a challenge for me!” – Thor

“Because that’s what heroes do!” – Thor

“You know, it’s funny you should mention that. Because I’ve been having these terrible dreams of late! Asgard up in flames. Falling to ruins. And you, Surtur. The center of all of it.” – Thor

“So much has happened since I last saw you! I lost my hammer, like yesterday, so that’s still fresh. Then I went on a journey of self-discovery. Then I met you.” – Thor

"Thor: When I'm king, I'll hunt the monsters down and slay them all! Just as you did, Father."

“Then point me in the direction of whoever’s ass I have to kick!” – Thor

"Thor: I Love you Mom

Frigga: I love you. And eat a salad.

Rocket: Come on. We gotta go.

“I know what you’re thinking. “Oh, no. Thor’s in a cage. How did this happen?” Well, sometimes you have to get captured just to get a straight answer out of something. It’s a long story. Basically, I’m a bit of a hero. See, I’ve spent some time on Earth… for the record, I saved the planet a couple of times. Then I went searching through the cosmos for a couple of magic colorful Infinity Stone things… but didn’t find any. That’s when I came across a path of death, and destruction. Which led me all the way here to this cage… where I met you.” – Thor

"Thor: You and I had a fight recently.

Bruce Banner: Did I win?

"Thor: I know you think I'm down here wallowing in my own self-pity, waiting to be rescued and saved, but I'm fine, okay? We're fine, aren't we?

Thor: So, whatever it is that you're offering, we're not into it. Don't care. Couldn't care less.

Bruce Banner: We need you, pal.

Rocket: There's beer on the ship.

“At the end of the day you’re you and I’m me and… oh, maybe there’s still good in you but… let’s be honest, our paths diverged a long time ago.” – Thor

“I was protecting my throne!” – Thor

“Your ancestors called it magic, and you call it science.” – Thor

“By Odin’s beard, you shall not cut my hair, lest you feel the wrath of the mighty Thor! Please!

“I will protect Asgard and all the realms with my last and every breath, but I cannot do so from that chair. Loki for all his grave imbalance understood rule as I know I never will. The brutality, the sacrifice, it changes you.” – Thor

“How dare you attack the son of Odin!” – Thor

“Brother, however, I have wronged you, whatever I have done that has led you to do this, I am truly sorry. But these people are innocent, taking their lives will gain you nothing. So take mine, and end this.” – Thor

“We’re the same, you and I. Just a couple of hot-headed fools.” – Thor

“For the first time in a thousand years, I have no path.” – Thor

“I have dire plans for Destiny.” – Thor

“I understand why you’re angry. And you are my sister, and technically have a claim to the throne. And believe me, I would love for someone else to rule. But it can’t be you. You’re just the worst.” – Thor

“Loki, I thought the world of you. I thought we were gonna fight side by side forever.” – Thor

"Thor: Have care how you speak. Loki is beyond reason, but he is of Asgard. And he is my brother.

"(Cap picks up Mjolnir and hits Thanos to save Thor...)

“My friends, have you forgotten all that we have done together? Fandral, Hogun, who led you into the glory of battles?” – Thor

"Thor: Do not touch me again.

Thor: You have no idea what you're dealing with.

Tony Stark: Shakespeare in the Park? Doth Mother know you wear-eth her drapes?

Thor: This is beyond you, metal man."

“You know, I used to want to be a Valkyrie when I was younger until I found out you were all women. There’s nothing wrong with women, of course, I like women. Sometimes a little too much. Not in a creepy way, just more like a respectful appreciation. I think it’s great, an elite force of women warriors. It’s about time.” – Thor

“Yes, me too. On many, many occasions. There was one time when we were children, he transformed himself into a snake, and he knows that I love snakes. So, I went to pick up the snake to admire it and he transformed back into himself and he was like, ‘Blergh, it’s me!’ And he stabbed me. We were eight at the time.” – Thor

“You know, Father once told me that a wise man never seeks out war…” – Thor

“This mortal form has grown weak. I need sustenance!” – Thor

“I must go back to Asgard, but I give you my word. I will return for you.” – Thor

More Thor quotes than you can shake a hammer made from the heart of a dying star at.

Which is your favourite?

And please don’t forget to share the post to bring some Thor wisdom into the lives of your friends.