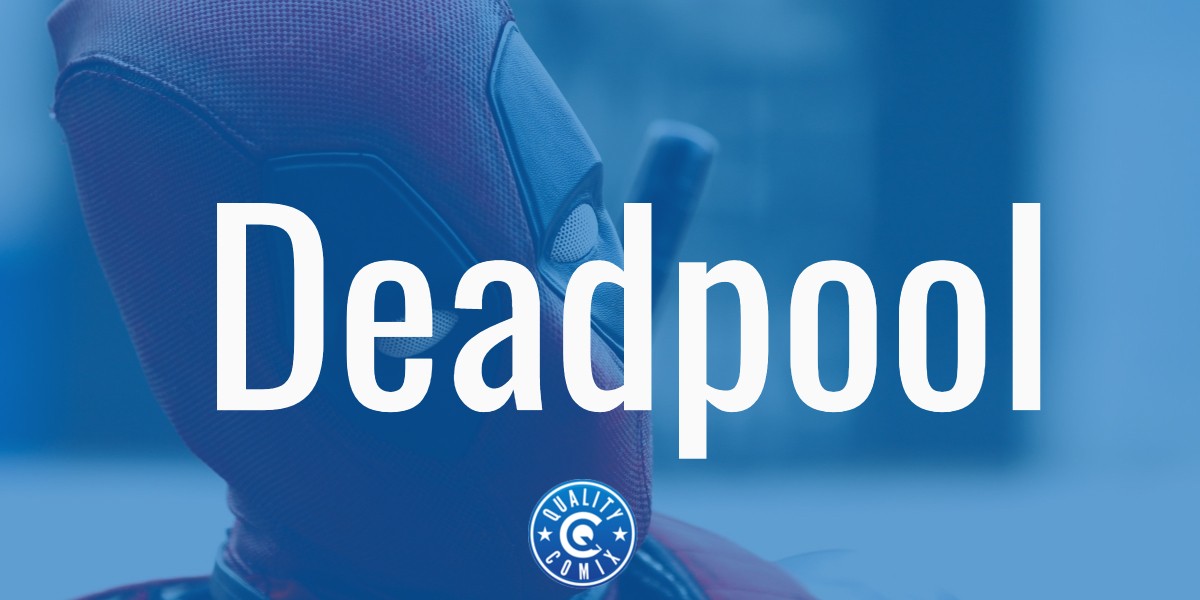 The ultimate collection of Deadpool facts, quotes and statistics is all you comic readers out there who love to laugh and want to be just as witty as Wade Wilson, AKA Deadpool himself.

There are so many quotable moments in comics and films that it was hard for us to choose which ones we wanted to include in this list.

But I'm sure you will like what we have added.

Deadpool is a fictional character by Marvel Comics.

His name in the comics is Wade Wilson, and his popularity as a character has skyrocketed since Ryan Reynolds brought his character to life on the big screen in 2 movies. However, those same films nearly didn't happen because Ryan had already starred in the X-Men Origins film as Deadpool, and Wolverine killed off that character.

The persistence of Ryan Reynolds and his love for the character finally managed to get the film made, and it was a smash hit.

And he pokes fun at the previous film outing in bother Deadpool 1 and 2.

What Are Deadpool's Powers?

The Merc with the Mouth is one of Marvel's most popular and conflicted characters. However, his powers are relatively simple.

He is gifted with the ability to heal, making him virtually immortal.

In addition, he is an expert marksman, trained in firearms, swords and martial arts.

How Did Deadpool Gain his Powers?

In the films, you will see that Wade gets cancer, and someone offers him a cure.

He goes into the weapon X programme and is experimented on to activate the mutant gene in his DNA.

The result is that he develops his healing ability but, in the process, loses his good looks...but thankfully not his charm.

In the comics, a similar thing happens, but he actually ends up in a hospice, eventually escaping and then going on a killing rampage.

What is The Fourth Wall?

The fourth wall is the barrier between what we call "reality" and that of fiction.

Deadpool constantly breaks this fourth wall breaking tradition in comic books by speaking to his readers, sometimes even ers. However, his powers are relatively simple.

This is unusually for comic book characters because he is actually aware he is a fictional character.

And in Deadpool kills the Marvel Universe, he actually kills the entire Marvel roster and then breaks the fourth wall to kill his writers.

You have something in your teeth.

Badass, that's all you've got.

This is my most prized possession…

Now where is the code to shut off the bomb oh wait now I remember I wrote on my hand.

(Sees hand on ground) there u are.

Wade: What if I held on and never let go? Vanessa: Ride a bitch's back like Yoda on Luke?

Vanessa's already working on plan A, B, all the way through Z. Me? I'm memorizing the details of her face. Like it's the first time I'm seeing it. Or the last.

I play a pretty mean bagpipe.

Now I'm better at whatever Wolverine does!

I swear to God, I'm gonna find you in the next life, and I'm gonna boombox Careless Whisper outside your window. Wham!

No Barbie, don't do that to Ken it's so so wrong!

I just want to get to know the real you. Not the short, 2-dimensional sex object peddled by Hollywood.

Wade: We're like two jigsaw pieces-weird curvy edges. Vanessa: Put them together, and you can see the picture on top.

After a brief adjustment period, and a bunch of alcohol, it's a face… I'd be happy to sit on.

I want to die a natural death at the age of 102 – like the city of Detroit.

All the dinosaurs feared the T-Rex.

Hey ur not in my pants don't speak for my bladder.

I don't suppose you guys won't fall on my sword.

Vanessa: Who would do such a thing? Wade: Hopefully you. Later tonight?

Who knew if this guy could save my life, but I knew there was only one way I could save hers.

Whose kitty litter did I just shit in?

Hey, did I enter the sideshow tent? 'Cause you look like the dog-faced boy.

I think I am going deaf no wait there was a knife in my ears how come no one told me now I just feel silly.

McAvoy or Stewart? These timelines are confusing.

If I ever decide to become a crime-fighting shit swizzle, who rooms with a bunch of other little whiners at Neverland Mansion with some creepy, old, bald, Heaven's Gate-looking motherfucker… on that day, I'll send your shiny, happy ass a friend request.

Love is a beautiful thing. When you find it, the whole world smells like daffodil daydream.

If your left leg is Thanksgiving and your right leg is Christmas, can I visit you between the holidays?

I never say this, but don't swallow.

Gambit, a member of the X-Men, once paid Deadpool not to fight him

Wade Wilson was named as a homage/parody to Slade Wilson, aka the mercenary Deathstroke from DC Comics.

The link between Deadpool and chimichangas was actually an inside joke Fabian Nicieza had been hoping to fit into a comic before Deadpool was ever created.

Deadpool took in over $100 million at the U.S. Box office, despite being made on a $58 million budget and shot in just 48 days.

During a movie, Deadpool shot himself in the head so he would not have to watch the film

Chinese officials banned the 2016 movie Deadpool due to its offensive content.

He is able to survive cancer because his healing factor continuously regenerates dead cancer tissue.

Deadpool was cursed by Thanos with immortality.

Deadpool was initially an idea of Liefeld who was parodying Deathstroke from DC's Teen Titans.

Although he claims to be a mutant, other characters, including Beast, claim he is not a mutant since he is not born with his powers, meaning he is a mutate.

In Spider-Man/Deadpool #1, Deadpool wishes to befriend Spider-man but also plans to kill him.

A curse from Loki made Deadpool look like Tom Cruise...ONCE.

Our ultimate collection of Deadpool facts, stats and quotes.

Have we missed any?