The Ultimate Collection of Wolverine Quotes 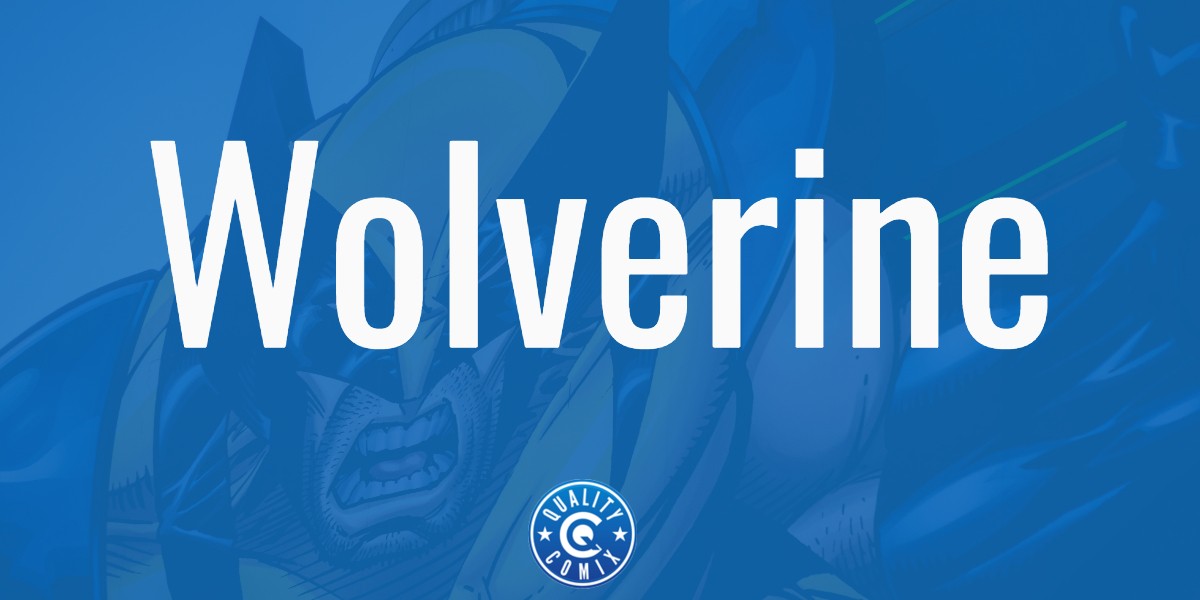 Wolverine is one of the most treasured characters in the Marvel Universe.

So, we decided to pull together the ultimate list of Wolverine quotes. From the comics to the films, we have the best one-liners from our favourite bub!

So, dive in to find your best Wolverine saying.

The Best Wolverine Quotes of All Time

"Your grandfather called me a ronin, a samurai without a master. He said I was destined to live forever, with no reason to live."

"You picked the wrong house, bub."

"I come with you, I'm coming for blood. No law, no code of conduct."

"I am afraid to be alone with my own thoughts. I'm afraid of my own memories."

"Life is a gift. Immortality a curse."

"Funny...I was missing you and wanting you, tearing myself up inside. You'd come to me in dreams and that would be some sort of comfort. Then I'd wake up and you'd be gone. Now I know you're not gone. You are with me."

"You have ten words, ten. How many words was that?"

“I said the school’s closed! You need to leave!”

"Mankind has always feared what it doesn't understand."

."Days from now, I'll still be asking myself what the hell dying 'like a man' really means. I'll probably never get an answer."

“Nobody suddenly discovers anything. Things are made slowly and in pain.”

"My whole life, I felt like an animal. I ignored my instincts. I ignored what I really am. And that won't ever happen again."

"There's a time fer scrappin' an' a time fer bein' sneaky. Either way, Wolverine's the best there is."

“What I respect as far as in myself and in others is the spirit of just doing it. For better or worse, it may work and it may not, but I’m going to go for it. Ultimately I probably prefer to be respected for that than whether it works out or not, either winning or losing.”

"Nature made me a freak. Man made me a weapon. And God made it last too long."

“There comes a certain point in life when you have to stop blaming other people for how you feel or the misfortunes in your life. You can’t go through life obsessing about what might have been.”

“If you accept the pain, it cannot hurt you.”

“You lost your money. You keep this up, you’ll lose something else.””

"This doesn't change anything between us. We're done".

"Just because someone stumbles and loses their path, doesn't mean they are lost forever."

"Looks like stryker finally found a way to shut you up."

"Logan: A lot of people have tried to kill me, and I'm still here".

"I might have lost some of my skills. I might be mortal now. I still got a lot of experiences."

“I can look back on my life, where there have been moments where things might have gone the other way. Everything is like stepping stones, and I’ve seen people I admire falter. We’re all vulnerable.”

"If you cage the beast, the beast will get angry!"

There is a war coming. Are you sure you're on the right side?

“Look, kid. You and I are gonna be good friends.”

"Haven't met anybody who's invulnerable to a well-planted elbow in the groin."

“I’m gonna cut your god damn head off. See if that works.”

"There's so much more to you than you know, not just pain and anger. There's good in you too, and you can harness all that. You have a power that no one can match, not even me."

"It's damn annoying how you keep calling me James. The name's Logan."

“The mutants I like – Wolverine. The action heroes I like, they have weapons; they are more visceral. So I filled the comic with characters like that, and we got big results.”

"Don't be what they made you."

“I’ve always felt that if you back down from a fear, the ghost of that fear never goes away. It diminishes people. So I’ve always said ‘yes’ to the thing I’m most scared about. The fear of letting myself down – of saying ‘no’ to something that I was afraid of and then sitting in my room later going, ‘I wish I’d had the guts to say this or that’ – that galvanizes me more than anything.”

"Yeah we're outnumbered, I'm not gonna lie. But we lost Scott, we lost the professor, we don't fight now everything they stood for will die with them. I'm not gonna let that happen, are you? Then we stand together, X-Men, all of us."

"I used to think that I was the best there is. Turns out, I'm the worst. I can't change that. So I'm gonna use it. I'm gonna use it to make 'em pay for what they did to me."

"Our best is enough. Trust me."

“What kind of monster are you”

"I'm not just a tough guy, it goes all the way to the core and it's called courage. Do your best. You can't hurt me now."

"A man comes at me with his fists, I'll meet him with fists. But if he pulls a gun or threatens people I'm protectin' then I got no sympathy for him. He made his choice. He'll have to live or die with it. I never used my claws on someone who hadn't tried to kill me first. I call that self-defense."

“With age, you see people fail more. You see yourself fail more. How do you keep that fearlessness of a kid? You keep going. Luckily, I’m not afraid to make a fool of myself.”

“In my whole life, I felt like an animal. I ignored my instincts, And I ignored what I really am. And that won’t ever happen again.”

“You going to tell me to stay away from your girl?”

“Nobody suddenly discovers anything. Things are made slowly and in pain.”

So there you go, the best Wolverine quotes of all time.

Keep checking back, we will be adding to this list all the time.

The greatest vintage online comic book store in the world.