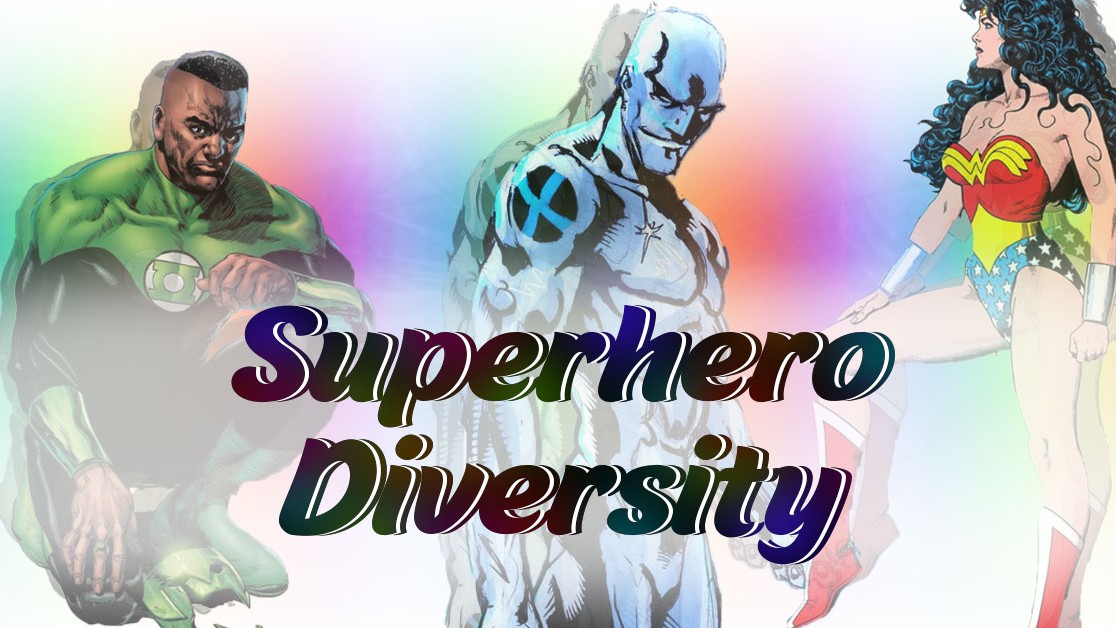 Diversity has long been an issue in the comic book industry. While comic books have been a reflection of the changing political climate over time, racial and ethnic stereotypes have existed from the 1940s and persisted through decades.

Traditionally, superheroes and their antagonists are typically viewed as white males, especially the "legacy" characters of Spider-Man, Superman, and the like. In recent years, the world of superheroes has become much more diverse, with heroes of various races, religions, sexualities and genders. However, the debate remains of whether comic books are truly doing enough to represent the diversity that fits the population today.

The industry is calling for minority superheroes to shatter antiquated stereotypes to have more well-rounded, diverse characters in both comic books and movies. The Black Panther movie was a movie that shattered the lack of diversity, and an imperative building block for more performances by people of color.

Diversity in Comic Books: Why Did it Take So Long?

Many people want to cancel comic books due to a lack of inclusivity of diverse superheroes. The issue isn't necessarily diversity, but rather, how diversity has been portrayed with comic book characters. Only recently, diversity has been represented as a more accurate representation of the population; however, this raises the question, "why did it take so long"?

One striking issue is the idea of "legacy characters". Comic books have series that can go for decades, and because of that, it typically doesn't force much change. Superheroes were white males, and there were maybe some side characters of diversity. More recently, legacy superheroes have been remade to include characters, specifically superheroes, with more diverse characteristics.

Most minorities have experienced similar issues with the comic book industry. In the Golden and  Silver ages of comic books, there were underlying themes, inaccurate or misleading stereotypes, and a lack of superheroes and an overall lack of representation. However, each group faced its issues as well. Here is some insight into the history and evolution of groups and minorities:

Since the comic book was first introduced, the portrayal of female characters has caused controversy. During the Golden Age of comics, women characters frequently reinforced gender stereotypes, such as being viewed as sex objects or being a victim of physical brutality.

The feminism movement of the 1970s shook these stereotypes and redefined traditional gender roles. It wasn't until the 1980s that women characters took on leadership roles - previously, they were seen more as heroines, and still falling second-best to the men. The cultural impact of the character, once derided by psychologists and anti-comic book crusaders as an anti-male lesbian has steadily increased over the years, having served as an iconic exemplar of the feminist movement[1] and a continuing symbol of female empowerment. 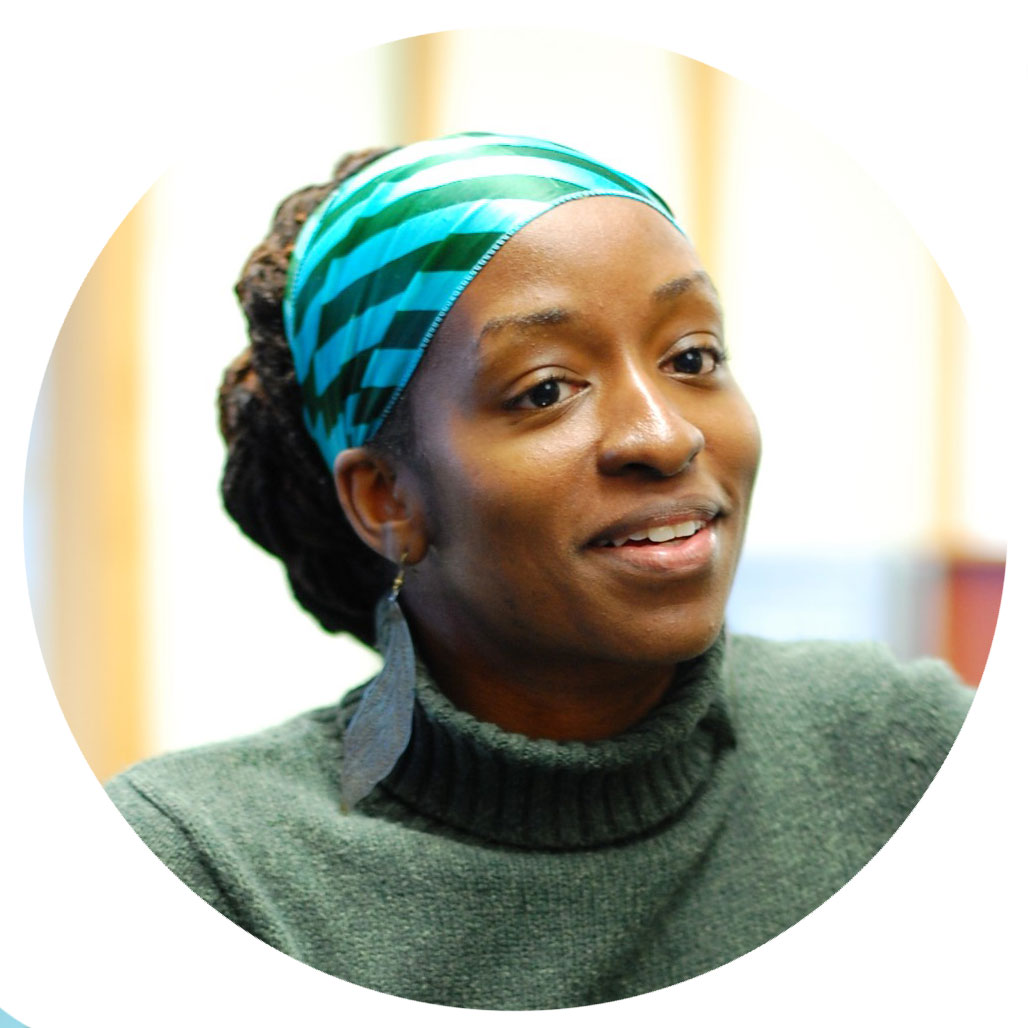 On the Development of Black Comic Book Characters

Beginning in the 1940s and 1950s we see this emergence of Black cartoonists reclaiming a Black comic book identity via newspaper comic strips. As noted by cartoonist and illustrator, Tim Jackson there was an “American Black press renaissance” that highlighted monumental changes in Black character representation. Such newspapers as the Chicago Defender, Pittsburgh Courier, and Amsterdam News served as prime spaces to feature the work of Black cartoonists such as Jackie Ormes and Orrin C. Evans.

The time period between the 1960s-1980s served as a time of birth for significant Black comic book character creation and development. This birth would be heavily influenced by the Civil Rights, Black Power, and Feminist movements. Many of these Black characters began to assertively challenge mainstream standards of beauty while also mirroring and highlighting real-life issues of racism, sexism, and classism. 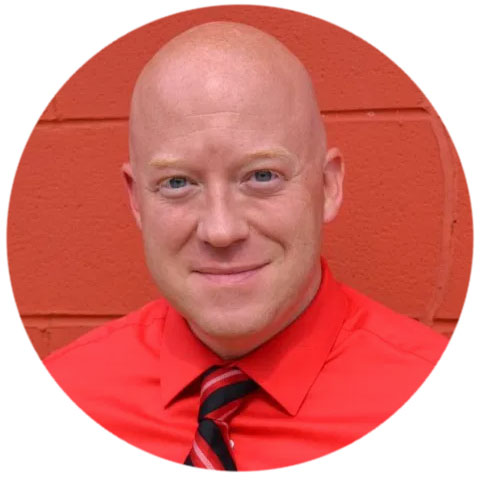 Don Shanahan, Every Movie Has a Lesson

The importance of Black Panther

There is a heightened mystique about the hero and ruler Black Panther and his Marvel kingdom of Wakanda. He isn't just an ethnic token present just to balance demographics. His Wakanda is an unconquered royal nation of the highest order and everything within their protected existence stands for superiority and a power all their own. As its leader, Black Panther is the living embodiment of that dominance. Ryan Coogler and Chadwick Boseman captured those traits of preeminence and then some with stature and ferocity fitting the comic book legend. For diverse minority audiences that did not have a real-life Wakanda to plant roots in or a T'Challa role model to look up to, that inspiring, entertaining, and progressive dominance meant the world.

Jewish people have had an effect on the comic book industry since the Golden Age of comics. Some of the first comic book superheroes were based on World War II, ane the mythic saviors who could combat the Nazi threat. Many of the creators of famous comic books were Jewish, including Superman, Spiderman, and Batman. In terms of comic book characters, there have been more frequent Jewish superheroes throughout the years, including The Thing from Fantastic Four, and Batwoman. 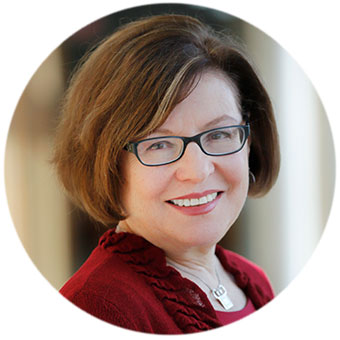 The Portrayal of Jewish People in Pop Culture:

Xenophobia and motion picture codes discouraged attention to Jewish ethnicity prior to WWII; as a result musicals created by Jews promulgated racial tolerance, but never focused on Jews or antisemitism. However, after Gentleman’s Agreement (1947), audience acceptance of religious/ ethnic difference opened up, and vivid images of Jewish culture and characters emerged into American cultural consciousness during the 1950s and 1960s.

Not all cultural portrayals of Jews were satiric: The Diary of Anne Frank (1959) carefully depicted one heartrending Holocaust chapter;  Exodus (1960) provided a powerful positive narrative of the creation of Israel as a Jewish state; Fiddler on the Roof (1971) retold old-country Jewish stories with warmth, nostalgia, and glorious music that became popular with non-Jews across America; The Chosen (1981) movingly portrayed two communities of Orthodox Jews.

These and other satiric or tender portraits made Jewish culture familiar to non-Jewish America. The comfort level with Jewishness was intensified by the popularity of a long list of Jewish comics and performance artists, such as Jackie Mason, Joan Rivers, Jerry Seinfeld, Larry David, and Sarah Silverman, who incorporated cultural Jewishness into their humor.

Whether in comic books or film, Jewish stereotypes have faded in the 21st century. Jews are less often described as persecuted and more often as privileged. Jewish men are increasingly portrayed as cuddly, liberal-minded slackers, a la Seth Rogan, rather than driven neurotics; however, the Jewish mother and spoiled Jewish princess daughter stereotypes still surface occasionally.

One particular sub-group of Jewish superheroes in comic books that have been specifically under-represented are Jewish women. In fact, Jewish women only make up about 30% of all Jewish comic book characters. How has the evolution of Jewish Women in pop culture coincided with representation in comic books? Betsy More weighs in: 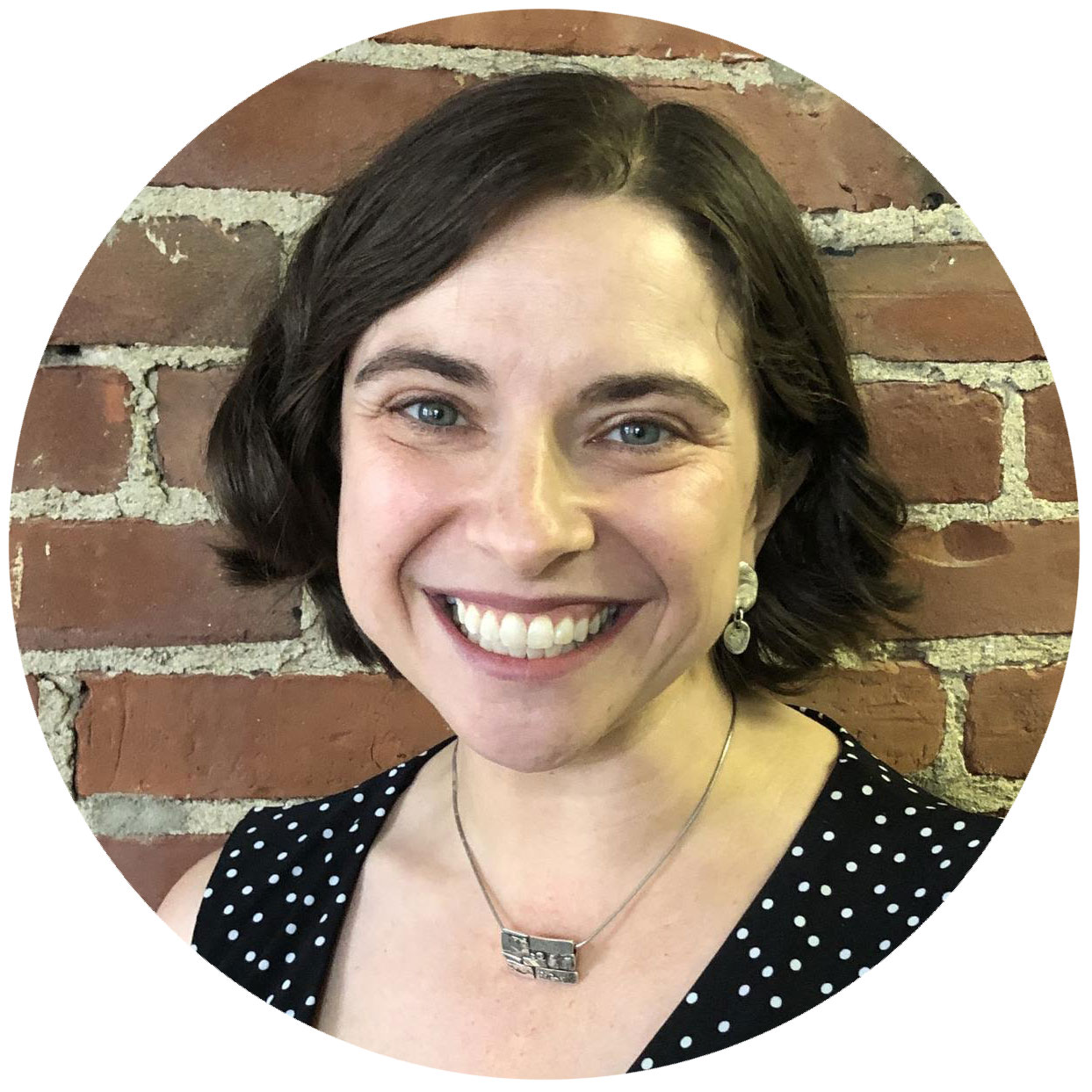 on the evolution of Jewish Women:

In the seventy years between 1950 and 2020, the portrayals of Jewish women in pop culture expanded and changed dramatically. Even at the beginning of this period, there was a wider range of portrayals than is often accounted for in the stereotypes of the period, which included the self-sacrificing “Yiddishe Momme”; the needy, smothering “Jewish mother,” and the spoiled, sexually unsatisfying JAP. Yet even as these tropes dominated American popular culture, female creators were pushing back against them in both literature and film. Authors offered worlds in which Jewish women could be intellectual, internally rich, and emotionally tied to other women.

By the 1990s, TV featured a range of Jewish women - from loud, opinionated Fran on The Nanny to Friends’ Rachel Green, barely noticeable as Jewish, to Grace Adler of Will and Grace, whose wedding was the first on prime-time television to show two Jewish characters marrying each other.

What did not change from the 1950s through the 1990s was the ethnic background of the Jewish women portrayed - they were universally white, Ashkenazi Jews. This has remained mostly true through the 2010s, with some notable exceptions. WASPy Charlotte York converted to Judiasm on Sex and the City, as did Cindy Hayes, a Black incarcerated woman on Orange is the New Black. While these shows updated and opened up the possibilities afforded to Jewish women (young or old, trans or cis, straight or queer, driven or drifting), Sephardic, Mizrahi, and Jewish women of color are still largely missing from our screens and in comic book culture. The same can be said of Orthodox Jewish women - contemporary Orthodox women are mostly absent from American popular culture.

For the longest time, LGBT representation was muted in comic books. It wasn't until the late 1970s and early 1980s that the LGBT community was fully represented. Before that time, there were hints of comic book superheroes and characters being lesbian, gay, bisexual, and transgender, but nothing was explicit. The reason was due to anti-gay censorship and bigotry of the Comics Code Authority (CCA) refraining comic book publishers to mention homosexuality from 1954 and 1989. 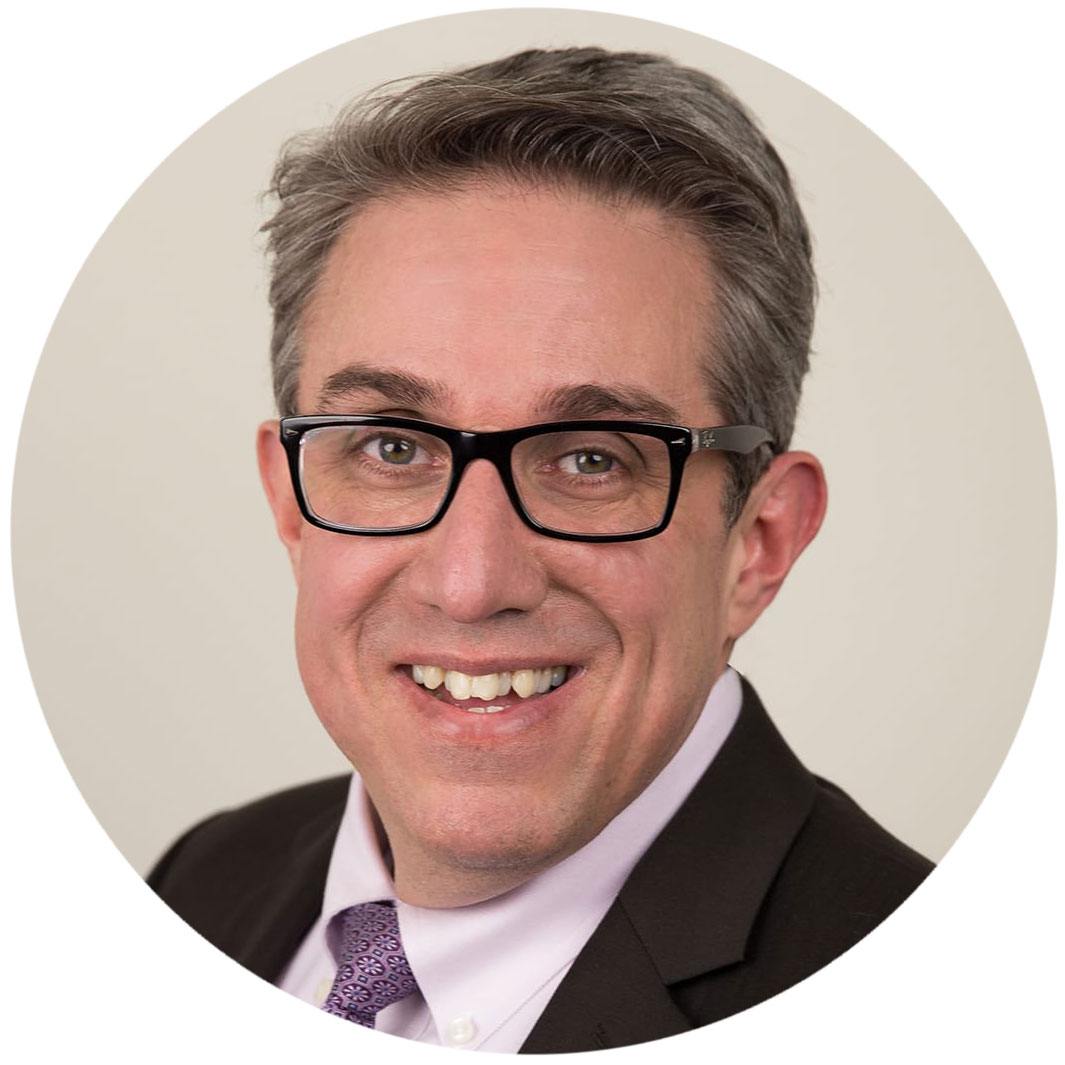 On The Evolution of LGBT character in Comics

Since the post-war era until the 1960s, there were significantly few direct depictions of LGBT characters, but rather, a number of coded depictions. This had a lot to do with public policy issues enforced by different municipalities and other government-owned entities - including the postal service making it illegal to mail anything that explicitly addressed homosexuality. When social norms began to change during the late 60s and the 70s, social norms began to change. There were a lot of underground and independent subculture publications, films, and theatres that showed a greater number of depictions of homosexuality, however, mainstream companies still were not doing much. For example, it wasn’t until 1993 that we saw the first gay storyline in a syndicated daily comic strip.

The evolution of how LGBT characters were portrayed went from negative or villainous, to overly positive, to what would be considered “complex” and “human”. In the early years, LGBT characters were portrayed as troubled characters with “social problems” that had common storylines of leading double lives or seen as a threat to “normal” sexuality. These stereotypes often reduced narrative options of comic books, while becoming part of the plot to be resolved. Over time, depictions of LGBT characters became more multi-dimensional; characters weren’t seen as just being gay or transgender, but rather, human, with a more detailed background. While we’ve come a long way in depictions of LGBT characters in comics, we can still be more inclusive, by including more diverse content creators and listening to feedback from fans and readers.

The Evolution of LGBT Superheroes

Between the Comics Code Authority ban and a lack of diversity in general, it took a while for LGBT superheroes to appear openly in comic books. Here are some examples of the evolution of LGBT characters, with many that were either revealed later to be LGBT or rebooted later as an LGBT character.

What's in Store for the Future?

For an industry that has notoriously needed to be more inclusive, comic books have made great strides over the most recent decade. For 2020, and beyond, we hope to see even more diversity among superheroes, whether it's a comic book or a movie. The superheroes need more industry-shattering representations of diversity like the Black Panther movie in 2018.

Special Thanks to Our Contributors!

Brian Eugenio Herrera is an Associate Professor of Theater and Gender & Sexuality Studies Lewis Center for the Arts, at Princeton University.  His work, whether academic or artistic, examines the history of gender, sexuality and race within and through U.S. popular performance. He is author of The Latina/o Theatre Commons 2013 National Convening: A Narrative Report.

Sylvia Barack Fishman, Ph.D., is an Emerita Prof. of Contemporary Jewish Life at Brandeis University. She is the author of eight books and numerous articles on American Jewish culture and societies, including The Way Into the Varieties of Jewishness.

Betsy More, Ph.D., is the Director of Programs at Jewish Women's Archive. JWA is a non-profit organization that documents Jewish women's stories, elevates their voices, and inspires them to be agents of change.

Don Shanahan is the creator/founder/blogger of Every Movie Has a Lesson. He is one of the founders of the CIC and is also a member of the Online Film Critics Society.