/ Comic Resource Guides & Articles / Hulk Vs Thanos: Who Would Win?

Hulk Vs Thanos: Who Would Win? 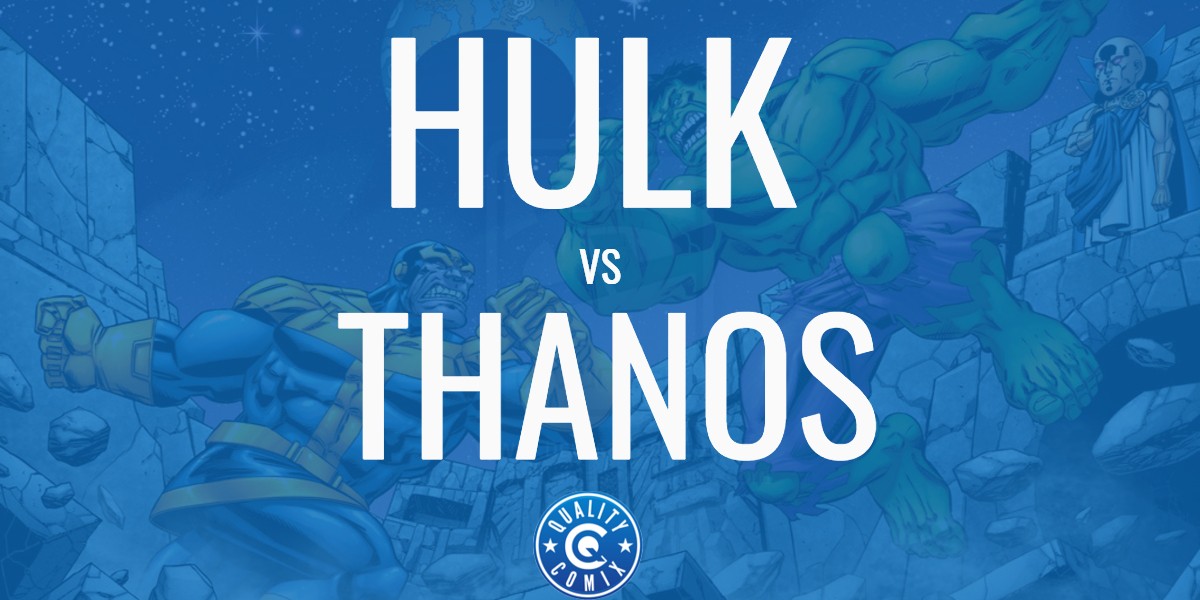 Who would win in a fight, The Incredible Hulk or Thanos? Unfortunately, it's difficult to say who would prevail. In one corner, you have the green monster with superhuman strength and durability, but in the other, you have an all-powerful cosmic tyrant with near-omnipotent abilities.

Let's look at some strengths and weaknesses of both characters to see if we can figure out who might come out on top!

The Hulk is a giant green creature who is quick to anger and gets stronger the angrier he becomes. He has near limitless strength and durability, making him more powerful than ordinary humans in all ways but his intelligence.

He was created when an accident caused Bruce Banner to be exposed to massive amounts of gamma radiation.

The Hulk is immune to all types of diseases and has a higher resistance to toxins than normal humans, but he cannot process oxygen as well when his heart rate slows down too much for him to move at the same speeds as before.

Often, The Hulk will revert into Bruce Banner after depleting his energy supply or if someone calms him down enough by talking with them about their problems until they find an answer together.

In later years Banner was able to merge the Hulk and himself to create Professor Hulk.

As a result, Professor Hulk maintained his form indefinitely without reverting to Banners standard form.

Basically a super-intelligent version of Hulk.

World Breaker Hulk is by far the most powerful version of the green monster. This version of Hulk came to Earth to seek revenge when his wife was killed.

That Hulk is incredibly powerful and has so much strength that the Earth shakes as he walks. Indeed he even emits Gamma radiation as he walks.

Thanos is the son of the Eternals Eternals A'lars and Sui-San and born on Saturn's moon called Titan.

As a child, Thanos was 'coached' for lack of a better term by Death herself and eventually led an onslaught on Titan that led to the deaths of most of the planet.

What Are Thanos Powers?

He has near limitless strength and durability.

His power is such that he could combat the Hulk without much effort on either side of the battle.

In addition to strength and intellect, Thanos can also absorb energy and has been shown to have telepathic abilities.

What Are Hulks Powers?

Hulks powers are impressive by themselves, but he has a very low intelligence level and often acts on impulse. This makes him easy to outsmart.

If World Breaker Hulk were able to get his hands on Thanos, then it could be catastrophic as Hulks rage would propel him into an unstoppable force that obliterates everything in sight!

As for actual powers, Hulk has superhuman strength, regenerative abilities, durability and stamina.

Hulk V's Thano: Who Is Stronger?

If we look at just their strength, then Hulk is undoubtedly the stronger one of these two. Of course, Thanos has an advantage in that he can use his intellect to outsmart and defeat Hulk, but this would be much more difficult for him than it was fighting against Iron Man or Captain America!

Thanos is a master of fighting. He is well trained in all ranges of battle and warcraft.

His primary fighting weapon in the Avengers End Game is a double-edged sword. He can fight in both hand to hand and weapon-based combat, making him incredibly feared.

There are a wide variety and version of Hulks through the comics, but Hulk is a strong fighter who primarily relies on his powerful body.

He has some limited fighting skills and will use them if needed, but he mostly just goes with brute strength, leading to him being defeated by more intelligent enemies.

Who Would Win The Fight?

Thanos has, in the comics, repeatedly beaten Hulk with and without the Infinity Gauntlet.

And he had also beaten him in the Marvel Cinematic Universe when he smashed him in a fight without using the Infinity Gauntlet.

However, that was 'normal' Hulk.

Thanos has not fought either Professor Hulk or World Breaker Hulk.

World Breaker Hulk is the version of Hulk that we suspect could easily defeat Thanos.

So, there you have it.

Thanos beats Hulk every time, with or without the Infinity Gauntlet.

However, Thanos could beat the Hulk if he had the Gauntlet (He could wipe out the Universe).