/ Comic Resource Guides & Articles / Hulk vs. Juggernaut: Who Would Win?

Hulk vs. Juggernaut: Who Would Win? 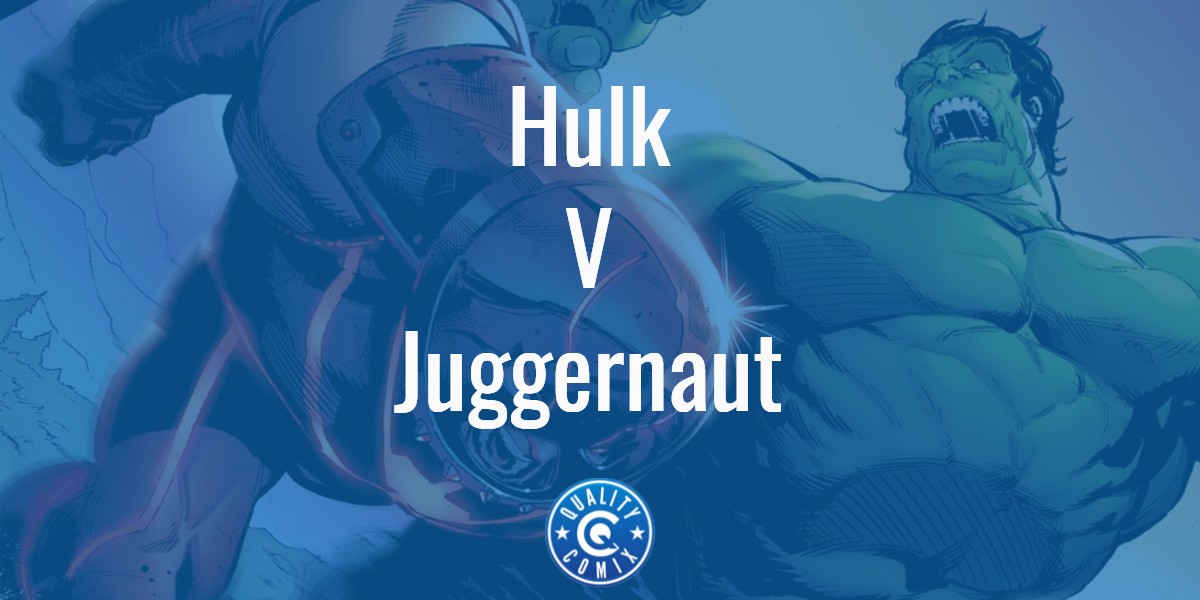 The Hulk and The Juggernaut are both powerful characters in the Marvel Universe. While they have similarities, they also have their differences. This article will explore who would win in a fight between these two behemoths!

The Hulk is a gigantic, green creature who gets stronger the angrier he becomes. His real name is Bruce Banner, a gamma radiation scientist who, thanks to an accident, was exposed to near-lethal amounts of gamma radiation.

However, it didn't kill him. Instead, it turned him into the Hulk.

In reality, the Hulk has undergone a lot of changes over the years. Initially, he was portrayed as grey in the comics and later coloured green.

On TV, he was known as David Banner and not Bruce. And in the films, he had been played by not one, but 3 actors. Eric Bana, Edward Norton and more recently, Mark Ruffalo.

And indeed, in the comics and films, we have seen a wide range of versions of the Hulk. For instance, in Ang Lee's Hulk film, the Hulk grew to various heights, while in the latest Marvel films, his appearance has been generally the same.

In the comics (and now the films), we have also seen the appearance of Professor Hulk. The combination of Bruce Banner and the Hulk allows Bruce to control the Hulk and use his intelligence.

This version of the Hulk was able to control the Stark version of the Infinity Gauntlet and bring back the half of the universe that Thanos wiped out of existence.

And finally, we have World Breaker Hulk.

This version of the Hulk happens as a result of the Planet Hulk and World War Hulk timelines. After the heroes of Earth send Hulk from the planet, he lands on Sakaar. (The planet as featured in Thor Ragnarok).

He eventually becomes married (and his wife's death) triggers Hulk to become World Breaker Hulk. It is this version of Hulk that returns to Earth to gain revenge.

World Breaker Hulk is, without a doubt, the most powerful Hulk. Smart, stronger than other heroes and eradiating gamma radiation. The ground quite literally crumbles under his feet.

Who is The Juggernaut?

The Juggernauts real name is Cain Marko. Cain is the stepbrother of Charles Xavier, or Professor X, the founder of the X-Men.

In the comics, the 2 of them are deployed in the war in Korea as soldiers, and during an incident, they take shelter in a Cave. There, Cain stumbles upon an unknown mystical energy source called "The Crimson Gem of Cytorrak".

It is this gem that transforms him into the Juggernaut.

The Juggernaut character has appeared throughout the history of Marvel comics, and several film versions of him have emerged. In X-Men, he was played by former British footballer Vinny Jones, but the character lacked the sheer size and dimensions that the supervillain deserved.

More recently, he reappeared in Deadpool 2, here a CGI version was far more entertaining to watch and thrilled audiences across the globe.

Yet, despite this, we probably haven't seen the Juggernaut displayed at his most powerful on-screen.

What Are The Juggernauts Powers?

He can use the Crimson Gem of Cytorrak to become almost unstoppable, and he has some other tricks up his sleeve too.

He can shatter mountains and has incredible strength and endurance. In addition, he is invulnerable, thanks to the gem.

Over the years, he has been able to access the full power of the gem and was able to grow larger and change matter. Heck, he has even been able to open portals 'Thanos' style.

What Are The Hulks Powers?

Depending on which Hulk we are talking about, his powers are generally super strength. However, when combined with Bruce Banner in Professor Hulk format, he has Bruce's genius levels of intelligence.

In addition, he has super speed, can jump incredible heights and has near limitless recovery from injury.

Who is Bigger? Hulk or Juggernaut?
When it comes to size, there isn't much in this one. The Hulk is usually drawn about the same size as Juggernaut, albeit there have been times when the Juggernaut is drawn bigger.

Needless to say, they are both around the same size.

Hulk V's Juggernaut: Who Is Stronger

Many factors come into play in a battle, but we all know that strength is of massive importance.

This might be up for debate, but Marvel has answered it in their comics. Hulk is difentiely stronger than Juggernaut. They solved this question in Juggernaut Number 2, where Cain Marko actually admits the Hulk is indeed stronger.

The Hulk tends to use a range of techniques to fight opponents with, these include :

"Hulk-smash": A technique where he smashes the ground or objects around him, causing an earthquake that has powerful effects on anyone caught in it.

The Thunder Clap: A simple clapping move that causes a rush of energy/ air forward.

The Swing: We love to see this one. Here the Hulk takes objects (usually tanks) and swings them around quickly, releasing them into the air. This was first made famous in the Hulk cartoon show but was actually recreated on screen in Ang Lee's version of the Hulk.

On-screen, we haven't seen much 'fighting technique' as such from the Hulk. Thanos easily defeated him in Avengers Infinity War. And in End Game. The only version of the Hulk that we saw in action was one with a damaged arm from snapping the Stark version of the Infinity Gauntlett.

However, by the time we reach World Breaker Hulk in the comic books, he has a wide range of fighting techniques, honed on Sakaar.

The Juggernaut is an unstoppable force. Once he gets into motion, he will plough through anything that gets in his way and can even destroy concrete with a single strike.

As well as this, the Juggernaut also has an impressive knowledge of hand-to-hand combat techniques, having served in the military.

Who Would Win A Fight Between Hulk and Juggernaut

And finally, we need to look at who will win in a fight between these powerhouses?

The 2 characters have fought numerous times over the years, with wins going to each of them.

However, if we are to take the Ultimate version of Hulk, World Breaker, we know that Hulk did indeed defeat Juggernaut in this format.

In the comics, Hulk waged war on the X-men and eventually fought Juggernaut. Hulk was beating him. Then Juggernaut gave himself entirely over to the entity Cyttorak, becoming him fully (the gem doesn't give him all of Cyttoraks powers normally).

When this happened the fight became far closer and eventually, Hulk defeated him with some clever strategy.

In reality, Juggernaut is virtually unstoppable without magic, but the Hulk is stronger than Juggernaut. So, it makes for an exciting fight.

And while it is always going to be a close battle, Hulk beats Juggernaut.

So, there we have it.

The Hulk could beat The Juggernaut, but only just.

It does all depend on the version of them at the time and what they do in battle when faced off against each other!

So, who do you think would win?

All that remains is for us to wait patiently until these two great heroes are pitted against one another again.

So we can see which of them comes out victorious?