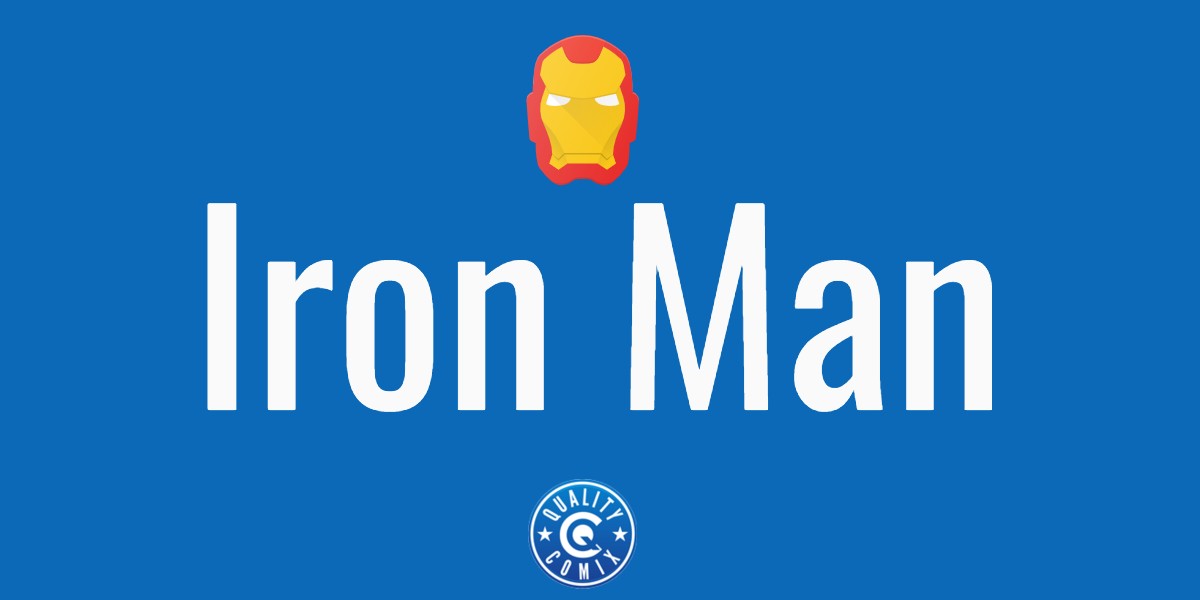 In the Marvel Universe, Iron Man is one of the most popular superheroes. His suit gives him superhuman strength and durability to fight evil across the globe.

He has had a long and storied career as a superhero, but just because he is a super-rich genius, things have not always been easy for Tony Stark.

His vulnerability, problems and setbacks were acted out excellently by Robert Downey Jr, The man that brought Iron Man to life in the Marvel Cinematic Universe.

From his battles with Thanos to the Civil War, audiences worldwide have been enthralled with the journey of Iron Man.

And in this article, we will explore some of his most memorable quotes.

The Best Iron Man Quotes of All Time 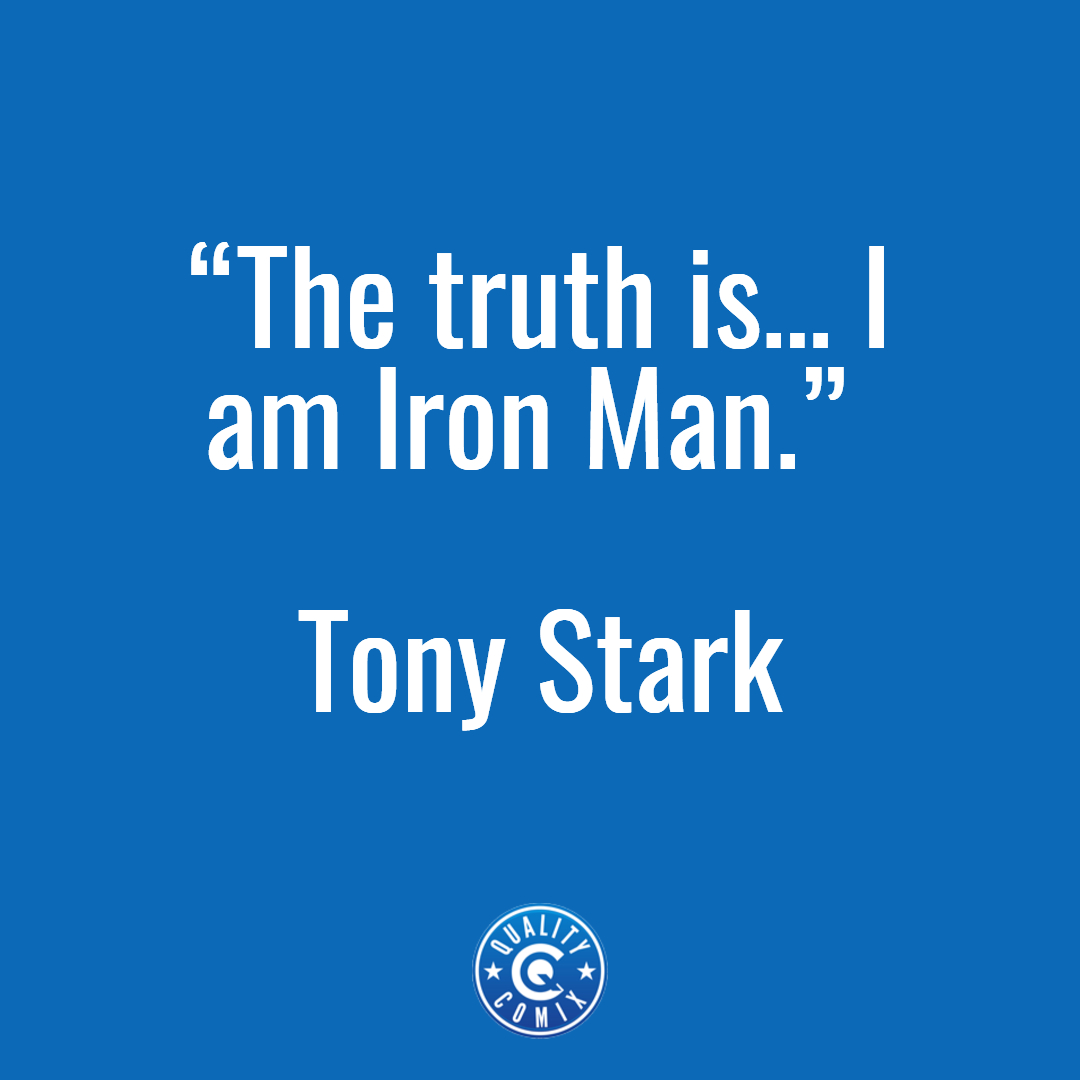 “The Avengers. That’s what we call ourselves; we’re sort of like a team. “Earth’s Mightiest Heroes” type thing.”

“If I were Iron Man, I’d have this girlfriend who knew my true identity. She’d be a wreck. She’d always be worrying I was going to die, yet so proud of the man I’ve become. She’d be wildly conflicted, which would only make her more crazy about me…” 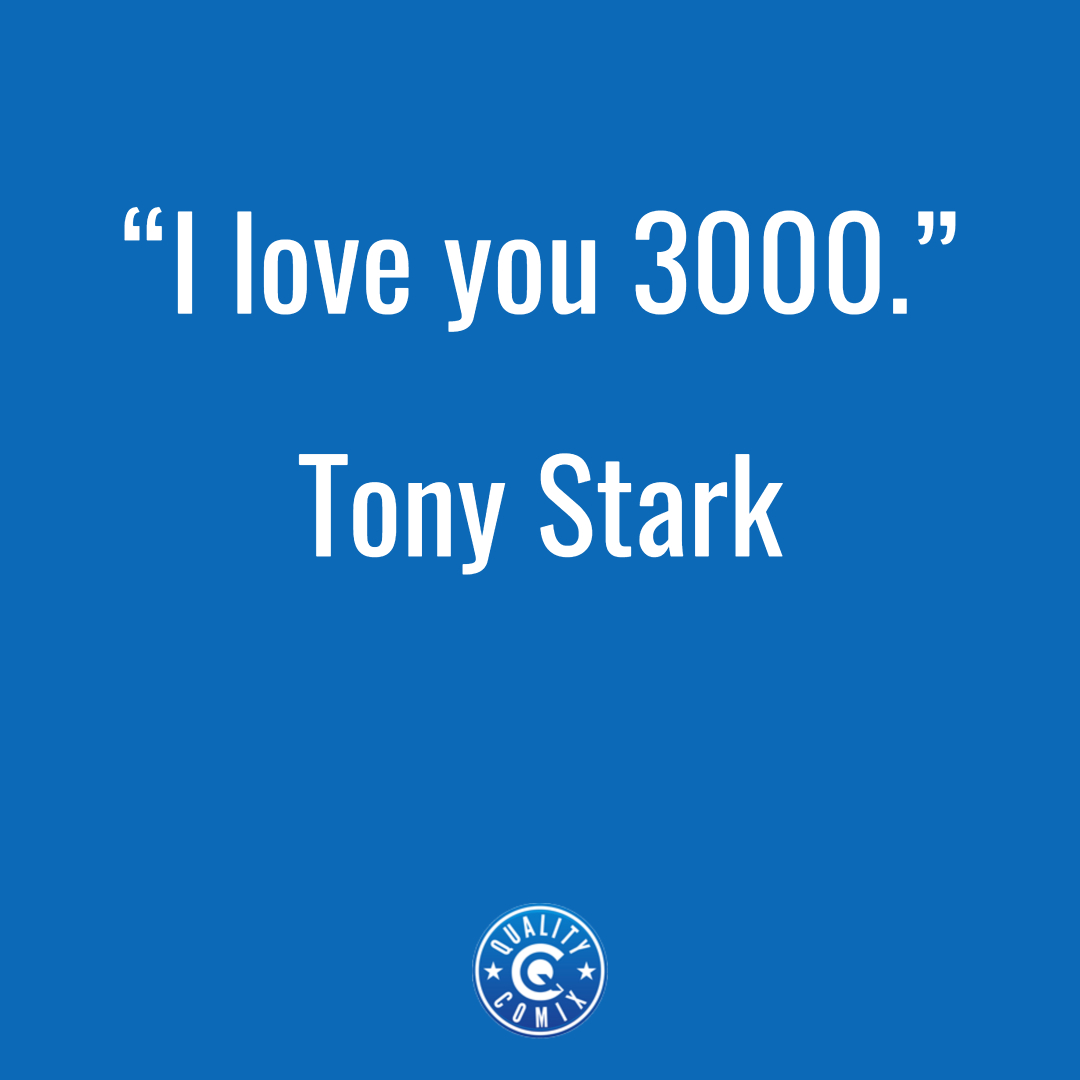 “You’re talking about a man whose happiest day of his life was shipping me off to boarding school.”

“Mr. Rogers, I almost forgot, that suit did nothing for your ass.”

“Let the record reflect that I observe Mr. Hammer entering the chamber and I am wondering if and when any actual expert will also be in attendance.” Iron Man 2

“It’s an imperfect world, but it’s the only one we got. I guarantee you the day weapons are no longer needed to keep the peace, I’ll start making bricks and beams for baby hospitals.”

“ I swear to God, I’ll dismantle you! I’ll soak your motherboard, turn you into a wine rack!”

“Is it better to be feared or respected? I say, is it too much to ask for both?”

“Iron Man. That’s kind of catchy. It’s got a nice ring to it. I mean it’s not technically accurate. The suit’s a gold titanium alloy, but it’s kind of provocative, the imagery anyway.” 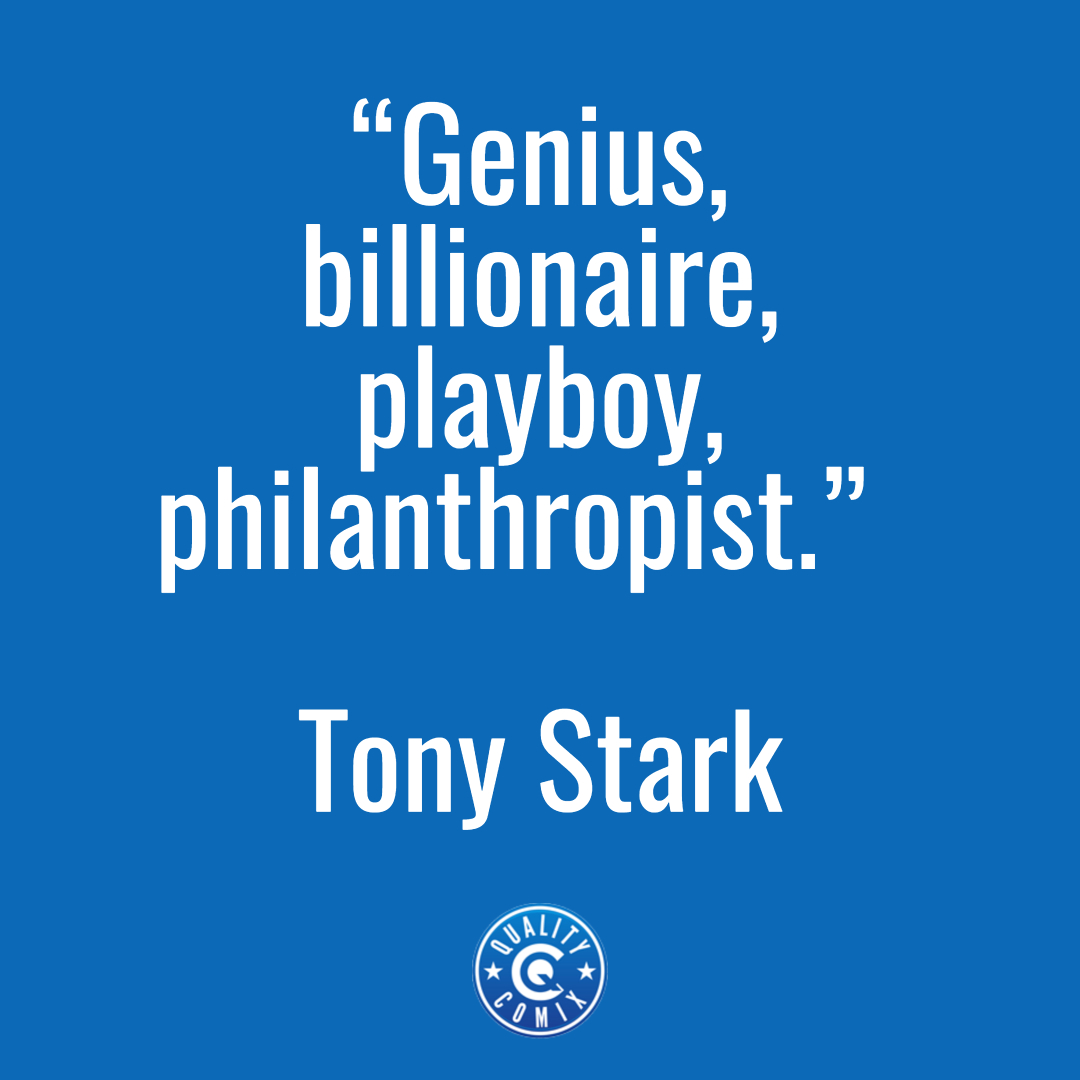 “Drop your socks and grab your crocs, we’re about to get wet on this ride.”

“I saw young Americans killed by the very weapons I created to defend them and protect them. And I saw that I had become part of a system that is comfortable with zero accountability.”

“We’re the Avengers, not the Prevengers, right?”

“I’m a huge fan of the way you lose control and turn into an enormous green rage monster.” 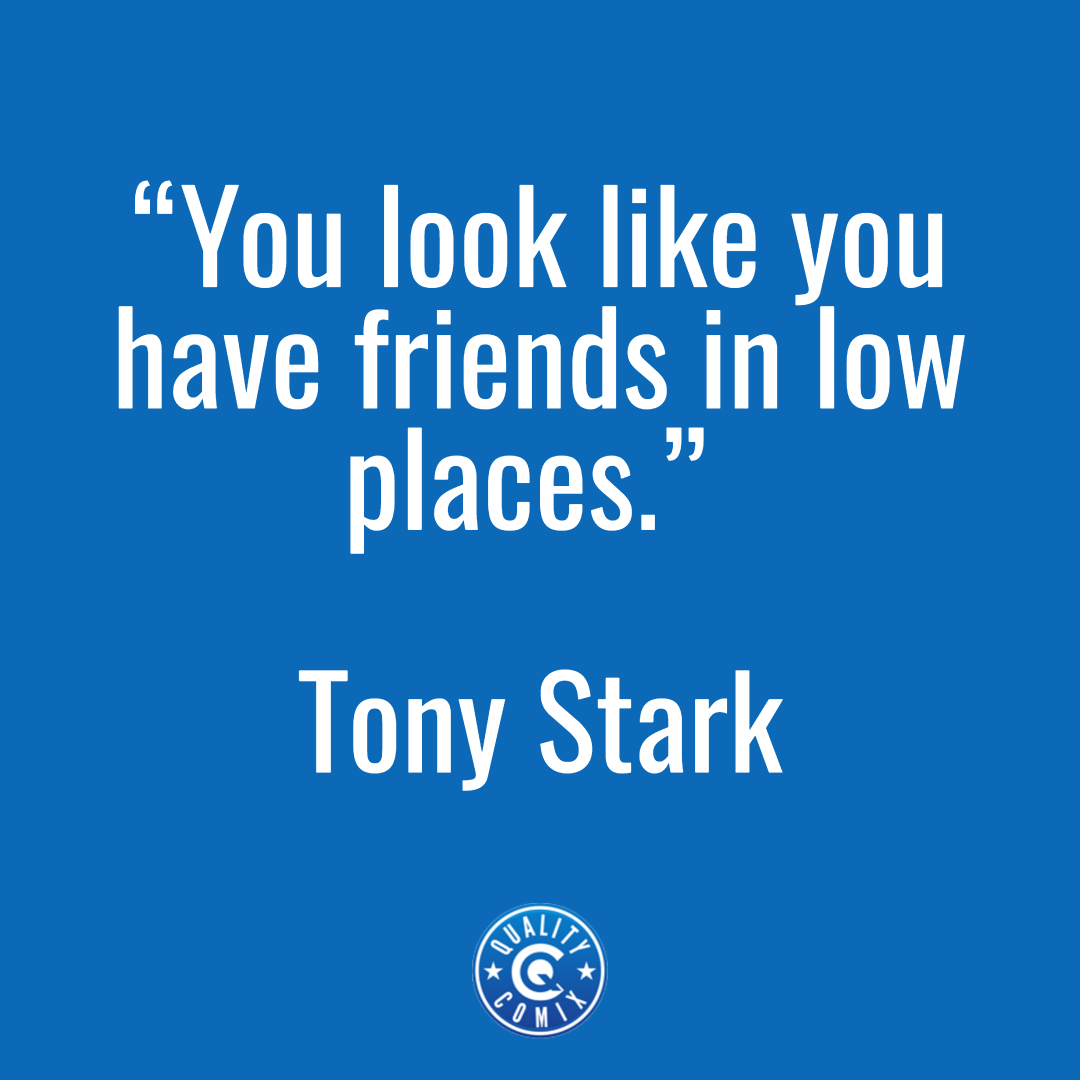 “You look like you have friends in low places.”

“No amount of money ever bought a second of time.”

“If you douse me again, and I’m not on fire, I’m donating you to a city college.”

“Jarvis… sometimes you gotta run before you can walk.” Iron Man

“Gimme a break! I’m doing what has to be done, to save us from something worse.”

“I told you I don’t want to join your super-secret boy band.”

“Are you seriously telling me that your plan to save the universe is based on “Back to the Future?”

“I don’t want to see this on your myspace page. Please no gang signs.”

“If you’re nothing without this suit, then you shouldn’t have it, okay?”

: I shouldn’t be alive… unless it was for a reason. I’m not crazy, Pepper. I just finally know what I have to do. And I know in my heart that it’s right.”

“What just happened? Please tell me nobody kissed me.” –

“My bond is with the people, and I will serve this great nation at the pleasure of myself. If there’s one thing I’ve proven, it’s that you can count on me to pleasure myself.”

“Hey, you said one out of fourteen million, we’d win, yeah? Tell me this is it.”

“Apparently I’m volatile, self-obsessed, and don’t play well with others.”

“I’m sorry. This is the fun-vee. The hum-drum-vee is back there.” 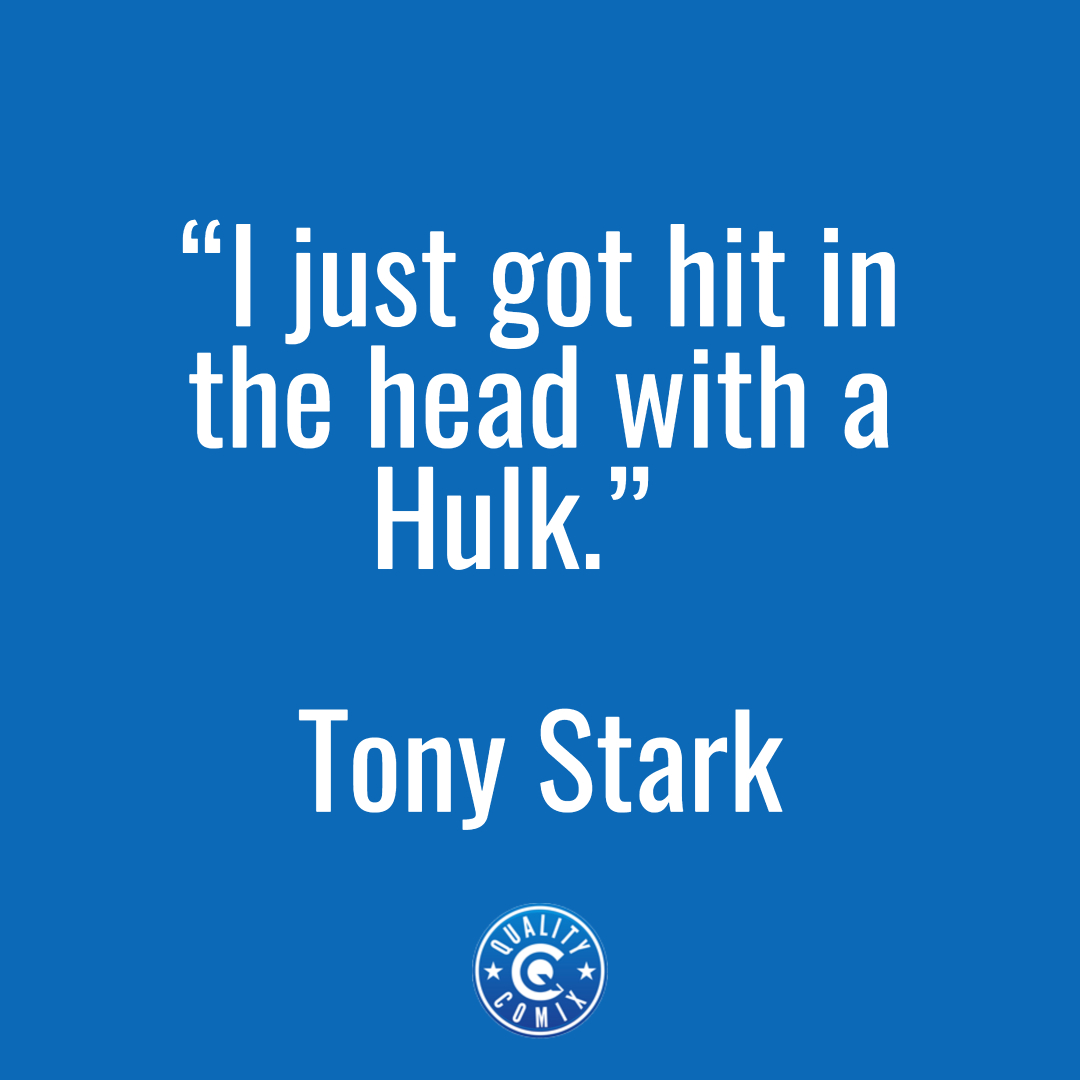 “I just got hit in the head with a Hulk.”

“I’m sorry, Earth is closed today. You better pack it up and get outta here.”

“What’s the point of owning a race car if you can’t drive it?”

“Following’s not really my style.”

“Oh God, are you gonna steal my kidney and sell it?”

“No hard feelings, Point Break. You’ve got a mean swing.” 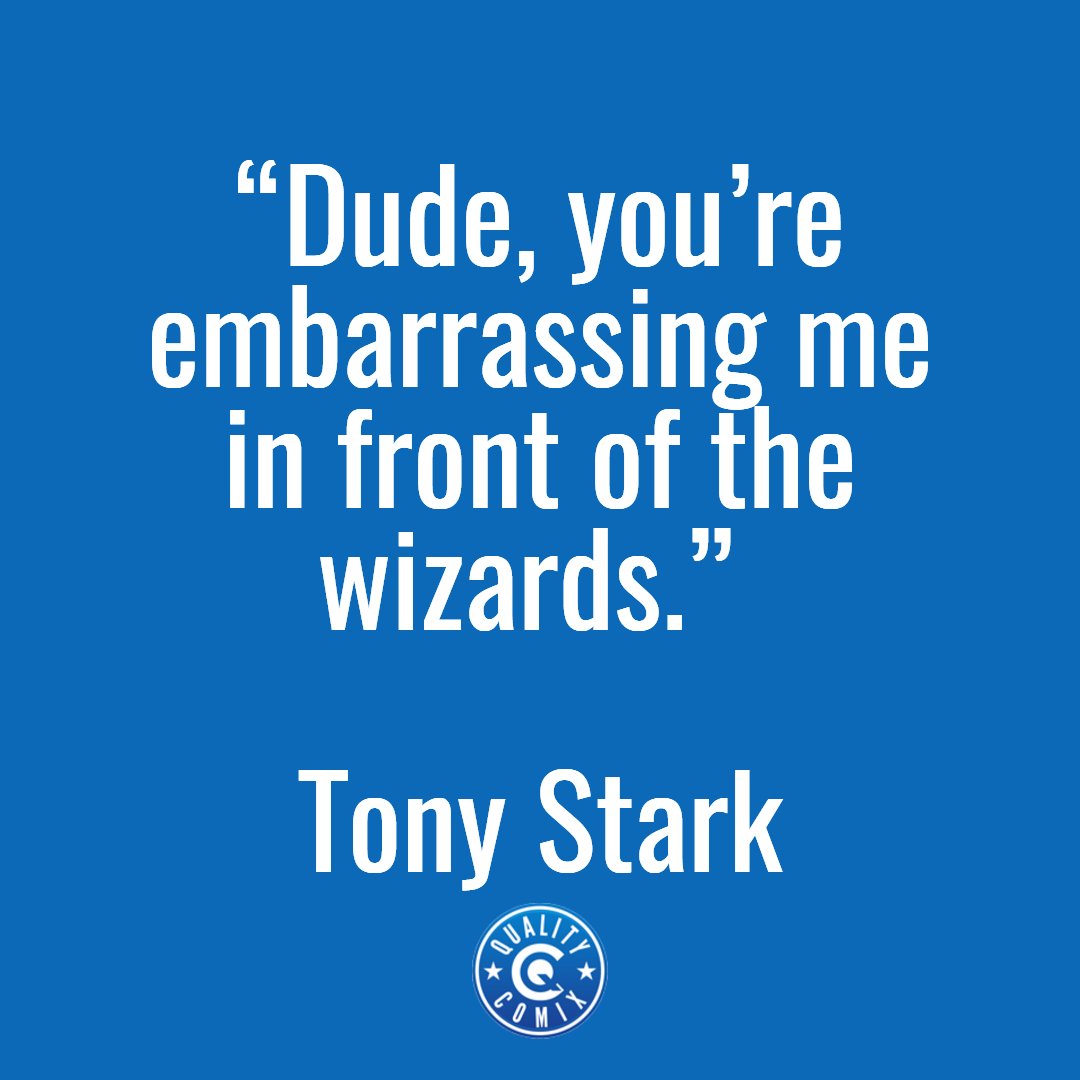 “Dude, you’re embarrassing me in front of the wizards.”

“I just want peace. Turns out resentment is corrosive, and I hate it.”

“A hero? Like you? You’re a lab rat, Rogers. Everything special about you came out of a bottle!”

“Everybody wants a happy ending. Right? But it doesn’t always roll that way.”

I do not want another single pop culture reference out of you for the rest of the trip. Do you understand?”

“Thanks for the pep talk, piss-ant.”

Did any make you smile? Which was your favourite?

Thanks for reading, and don’t forget to share this article.