/ Comic Resource Guides & Articles / Deadpool vs Deathstroke: Who Would Win?

Deadpool vs Deathstroke: Who Would Win?

When you see the name ‘Deadpool’, you likely immediately picture Ryan Reynolds as the eccentric, quick-witted comic character. After being the lead star in two well-received Deadpool films in the late 2010s, Reynolds has certainly increased the antihero’s profile. However, unless you have been an avid comic book reader since 1991 (when Deadpool was first introduced), you might not have realized that he was originally conceived as a Marvel version of the villain/anti-hero Deathstroke - the agile assassin character of the DC Universe (DCU) made famous as the villain of The CW's past hit show Arrow.

While the Deadpool of today is certainly quirkier than his DC counterpart, the question of who’d come out on top in a Deadpool vs Deathstroke fight continues to play on the minds of comic book fans. 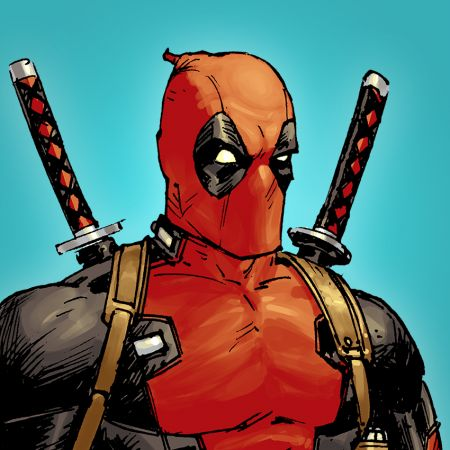 When Deadpool debuted in issue 98 of the New Mutants comic book series in the early ‘90s, he was decidedly a supervillain, like Deathstroke himself. Deadpool was even given the real name ‘Wade Wilson’ as a humorous reference to Slade Wilson, as Deathstroke is otherwise known. After Deadpool was handed his own series in 1997, he developed into more of an antihero. Writer Joe Kelly is reported to have introduced Deadpool’s ability to break the fourth wall, with the character aware that he was fictional. It was all part of the comedic touch that increasingly permeated the Deadpool stories.

What Are Deadpool’s Strengths?
Deadpool’s many advantages during combat include his superhuman strength, crazy reflexes and amazing healing abilities. With his accelerated healing factor, he can regenerate cells, tissues and even entire body parts — including limbs and, as shown in one conflict, his head. Deadpool is also immortal, having been “cursed” with this attribute by Marvel Universe supervillain Thanos. The Dark Lord felt threatened by Deadpool’s relationship with Lady Death and wanted to forever keep the two from flirting with each other. As revealed with Reynolds’ first film appearance as Deadpool in the 2009 film X-Men Origins: Wolverine, the ‘Merc with a Mouth’ — as Deadpool has been commonly nicknamed — is also skilled at sword fighting, which could hold him in particularly good stead against Deathstroke.

What Are Deadpool’s Weaknesses?
Despite his oft-demonstrated fearlessness in combat, Deadpool does have a strong fear of cows. This is due to his belief that these bovine creatures’ eyes make them look too knowing, resulting in a phobia for Deadpool’s enemies to potentially milk (sorry, we couldn’t resist). With Deadpool also having once admitted to fearing chickens, their presence could undoubtedly ruffle his feathers (sorry, we just did it again).

He does, however, have a great fondness of kittens — and why wouldn’t he? Unfortunately, they still count as a weakness for him, as they can easily be used to distract him — potentially long enough for Deathstroke to get within a whisker (yes, we know) of defeating him. 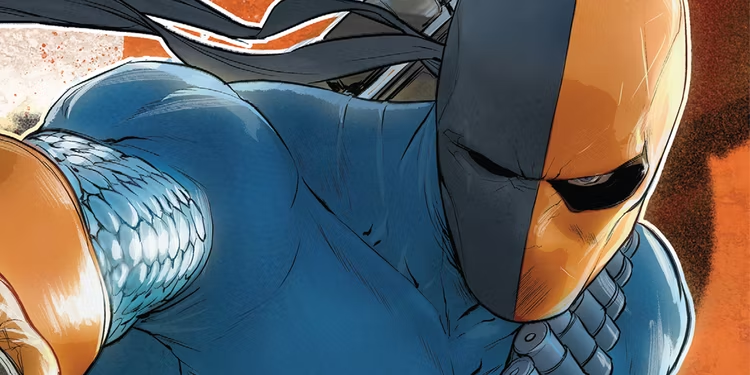 Having been subjected to an advanced hormone treatment program, Slade Wilson is an artificially enhanced meta-human complete with a stunning set of anatomical abilities. His makes him a formidable foe in combat, even despite having lost his right eye. Deathstroke might be best known for coming into conflict with the Teen Titans, Green Arrow, and Batman, but we reckon that he would be up for a ‘Deadpool vs Deathstroke’ contest as well — perhaps out of eagerness to get revenge on Deadpool for copying him…

Though Deathstroke has been a recurring threat to the Justice League since his 1980 debut in the second issue of the comic book series The New Teen Titans, the deliberately silly 2018 film Teen Titans GO! to the Movies sees the Titans themselves mistake Deathstroke for Deadpool.

What Are Deathstroke’s Strengths?
One unexpected side effect of his hormone therapy is that Deathstroke is able to utilize up to 90% of his full brain capacity. Consequently, even when he is outclassed in terms of strength or speed, he can still devise clever strategies for outsmarting his opponents. The real advantages that Deathstroke has over his combatants are not in terms of brute strength but instead in his significantly enhanced senses, agility and reflexes. With Deathstroke capable of sensing even minor changes in the air, sneaking up on him is virtually impossible. Deathstroke is also protected by his Ikon Suit, which is powered by his own kinetic energy and can deflect anything roughly matching a human fist in size.

What Are Deathstroke’s Weaknesses?
One major weakness that Deathstroke has admitted to having is susceptibility to letting his emotions override his logic during a fight and, as a result, losing him the fight. While this Achilles heel might sound like an understandable one, it’s also easy for enemies to exploit.

What’s more, while Deathstroke — like Deadpool — has a healing factor, it’s nowhere near as spectacular as Deadpool’s. Still, it remains effective — and means that he can heal wounds, like lacerations to organs and blows to spines, that would be much more serious for regular humans.

Deadpool vs Deathstroke: Who Would Win in a Fight?
On one level, it could be argued that, due to Deadpool’s better healing ability, he would have better staying power than Deathstroke in a fight. The former would therefore theoretically be able to tire Deathstroke out, despite being likely to take a much higher number of blows. However, where Deathstroke has a vital edge is in his greater combat skill. As Deathstroke can process information nine times more efficiently than a standard human, he could outwit Deadpool and nullify the threat of his healing ability. For example, Deathstroke could use this immense strength to sever Deadpool’s head before hiding it somewhere Deadpool would struggle to find it, making him likely to lose the fight.

Has Your Imagination Been Sparked?
If so, browse our online comic book store for vintage Marvel and DC comic books featuring, between them, plenty of appearances from Deadpool and Deathstroke.

Who do you think would most likely get the upper hand and keep it long enough to win a ‘Deadpool vs Deathstroke’ clash? Do you agree with our take?

For more insights into your favorite comic book heroes and villains, be sure to get in touch or check out our FREE comic book guides here.