FAQ: Is eBay The Best Place to Sell Your Comic Books? 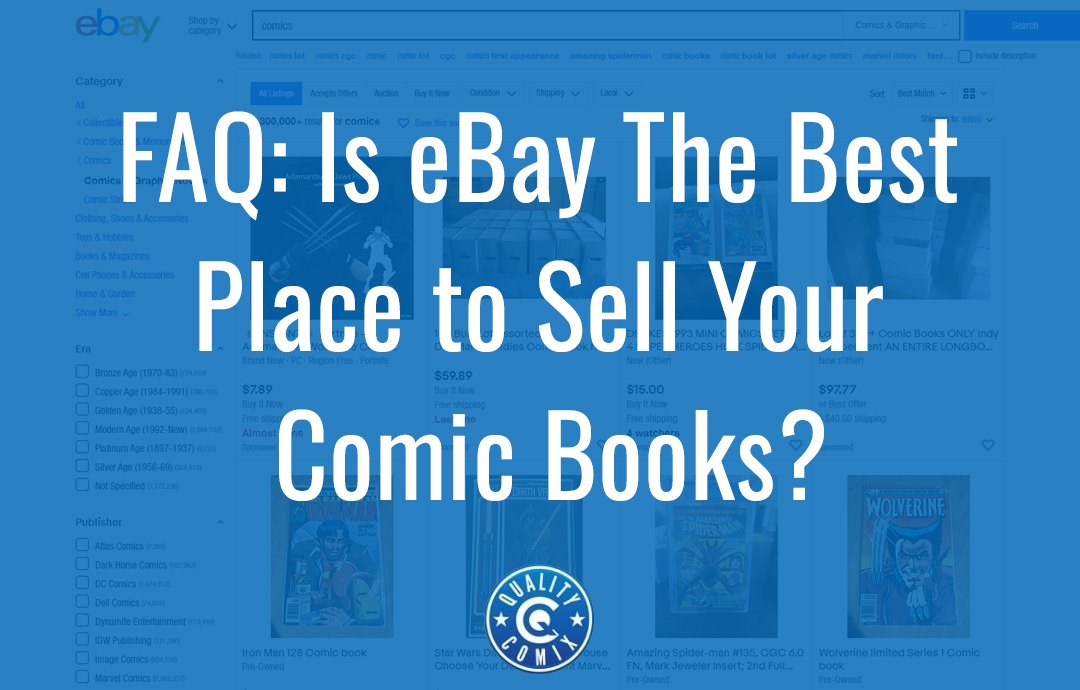 Turning to the same big names can be comfortable when you have comics you're looking to sell. The online auctioneers at eBay have spent decades building a reputation as one of the go-to places to sell pretty much anything it's legal to sell. Just because they're a big name, though, doesn't necessarily mean they're the best place to use to market your comics.

Is eBay a good place to sell your comics? Is it the best place? Or are you better off leaving them out of your plans entirely? Let's answer some of the common questions and concerns you may have.

Is eBay the Best Place to Sell Your Comics?

To start with, let's answer the simple question: is eBay the best option?

Generally, the answer is a solid "sometimes." It depends a lot on the specific comics you have, the book's interest, volume, and how much labor you're willing to put into the sales. 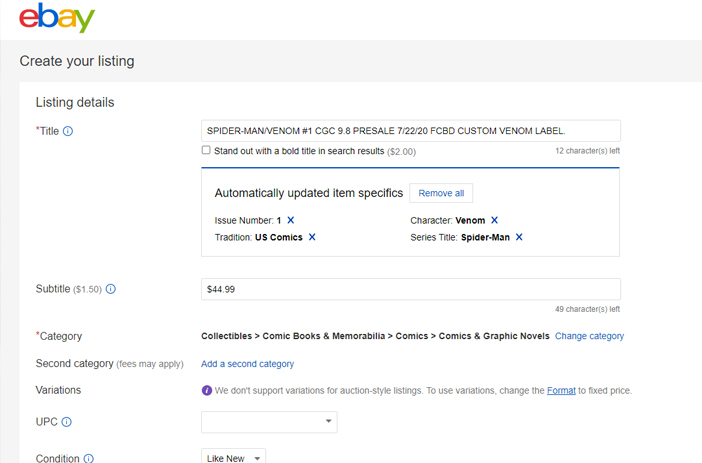 Using eBay has a few advantages but a few disadvantages as well. We'll go over those in greater detail later, but suffice it to say that eBay gives you a lot of conveniences and the largest audience, but it may not be the best choice for specialty and high-value items.

What are the Advantages of Selling Comics on eBay?

Using eBay to sell your comics has some serious advantages. 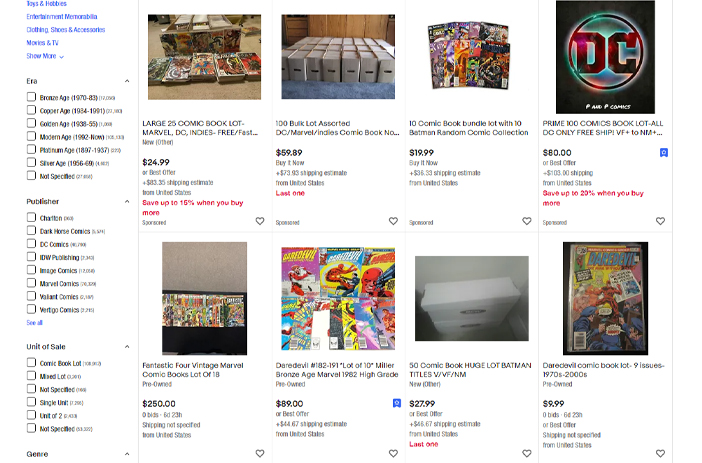 Next, let's discuss some of the disadvantages.

What are the Disadvantages of Selling Comics on eBay?

Unfortunately, there are quite a few drawbacks to selling comics on eBay. 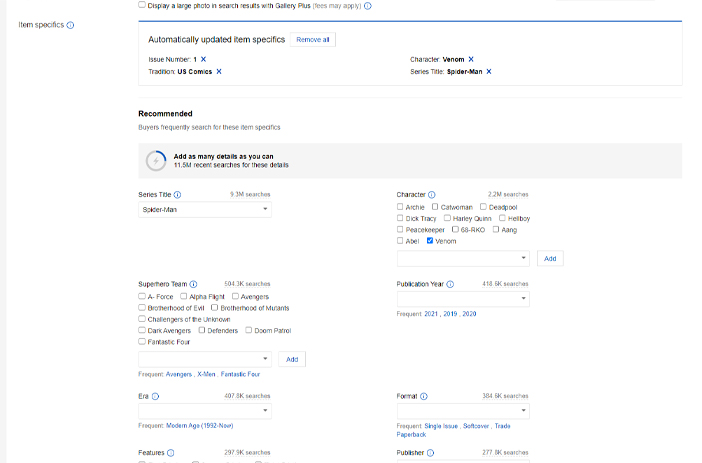 That's not to say you can't sell valuable comics on eBay! Quite the opposite. Some years ago, eBay was even the venue for a record-breaking sale of Action Comics #1, though the record has been broken again since. Of course, for exceptional comics like Action Comics #1, many special precautions are taken on the sale that you wouldn't generally consider for a $1,000 book.

What Kinds of Comics Sell Best on eBay?

You can sell just about any comic on eBay, but some will do better than others. 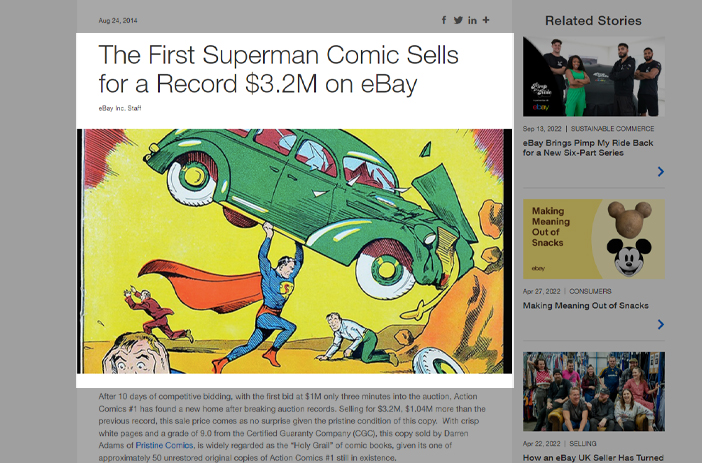 Which comics do the best?

The most complicated comics to sell on eBay are generally individual comics only worth a low value, mainly because they're hard to sell anywhere you would want to sell them.

When a book is printed in the tens of millions, the supply is high, and the demand is low, so they languish in listings.

How Can You Get the Most Out of Selling Comics on eBay?

If you want to use eBay to sell your comics, you can certainly do so. Here are some tips on doing it well.

First, do your research. You should know:

You may not be able to get total fair market value out of eBay, but you should at least know what it is. 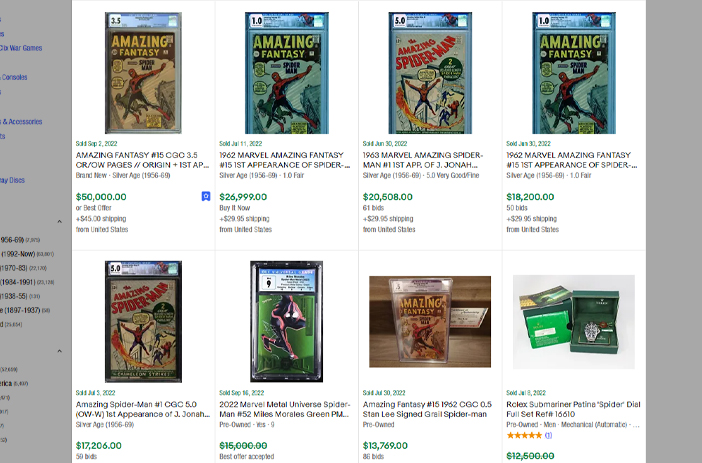 This research helps you set your price.

Should you set a reserve price? This option is a personal preference. Some people hate reserves as an invisible penalty for not bidding high enough and believe you should just set your starting bid at the minimum price you'll accept. Others see a low price as an incentive to bid just in case and maybe get a great deal.

Next, create a compelling listing. You need a good set of photos of the comic, including close-ups of any relevant damage, signatures, or anything exceptional about the book. Discerning collectors will want to be able to assess details for themselves, and if nothing else, a vibrant and compelling picture is critical for eBay's search results.

Look at other listings for popular comics vendors and see what kinds of details, formatting, and other tricks they use to write their listings. You shouldn't copy them wholesale, but you can get an idea of what works and mimic it in your listing. 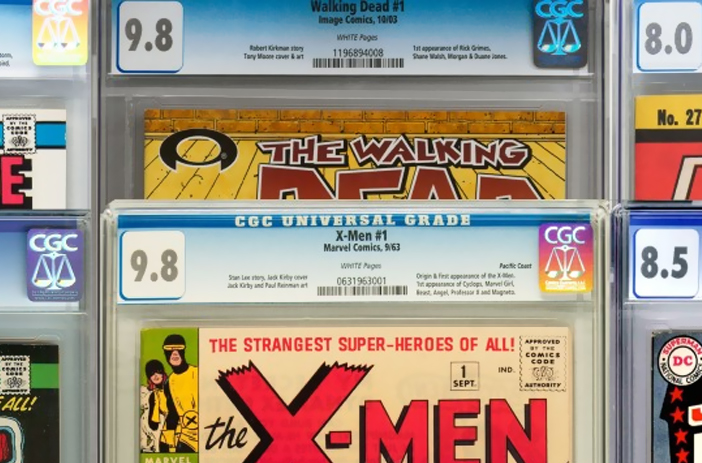 If you have leeway, you might also consider waiting for news that would make interest in your comics spike.

Some, like popular characters and critical issues, are always in demand. Others may sell better if you wait until a movie or TV series is announced.

Is There a Better Place to Sell High-Value Comics?

Using eBay to sell comics isn't the worst idea, but neither is it the best option for everything. If you have key issues or particular high-value comics you want to sell, there are several other options you can try as well. 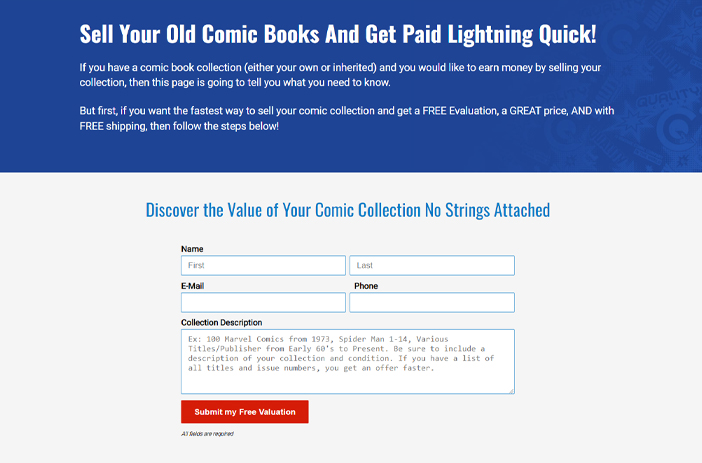 Do you have comics you want to sell, especially vintage comics? Drop us a line; we'd love to hear from you!