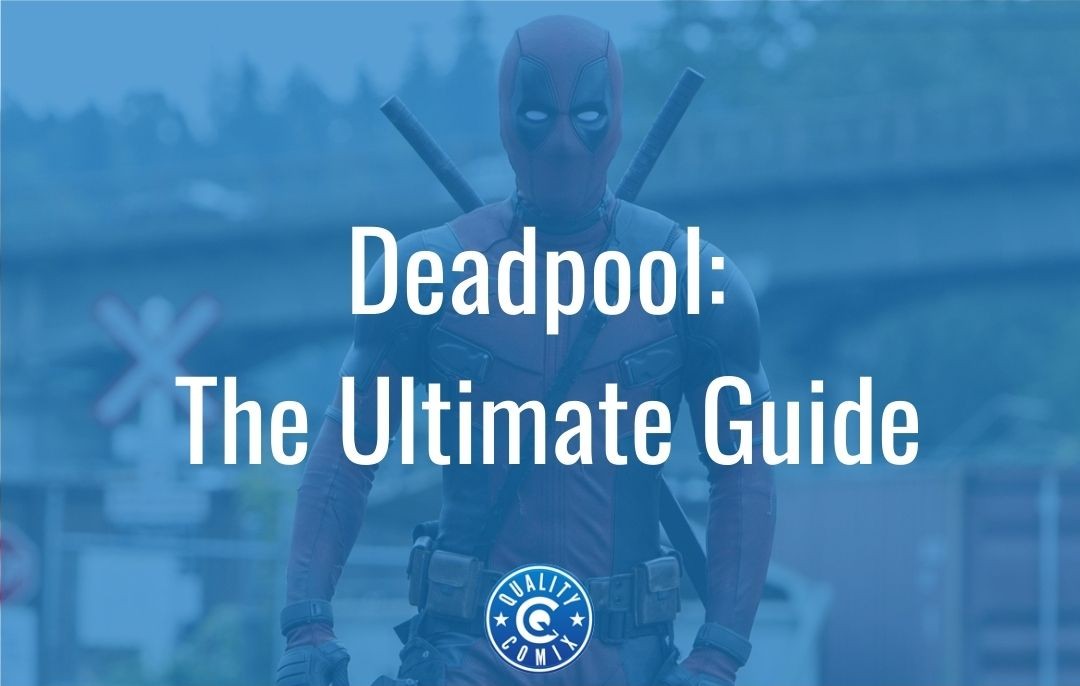 Deadpool is an antihero in the MCU and is part of numerous teams throughout his life. He was created by Fabian Nicieza and Rob Liefeld, first appearing in The New Mutants #98 in 1991. Originally, he was presented as a supervillian when he made his first appearance, but this changed as time went on and he became more of an antihero persona. He is an extremely popular character, making him an interesting one to analyze.

Let’s learn more about Deadpool down below in this ultimate guide.

The Creation Of Deadpool And Deadpool In The Comics 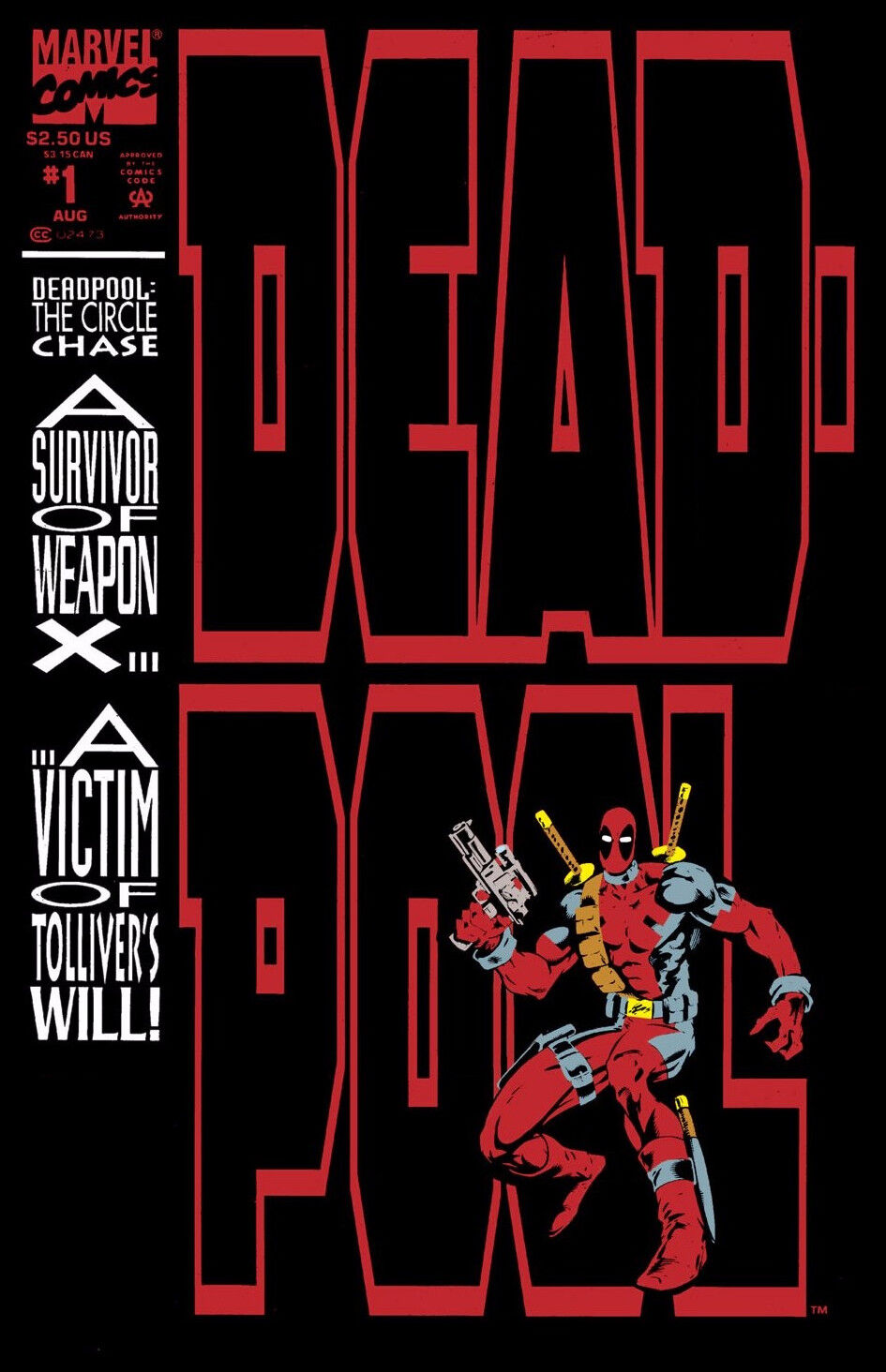 Deadpool was largely inspired by a number of other heroes. Some of the influences included the Avengers and Teen Titans. In fact, one of the original creators called Deadpool ‘Deathstroke from Teen Titans’, which is how his real name of Wade Wilson was chosen. The inside joke being that it’s so close to Slade Wilson that they could be related. There was also some inspiration taken from Wolverine and Snake Eyes to create this character.

In his first appearance in The New Mutants, he is hired by Tolliver to attack Cable and the other New Mutants. He began to make more of an appearance in the Marvel Universe, appearing alongside a range of different characters and then had his own miniseries two years later. Joe Madureira wrote the first miniseries, and due to the success a second miniseries was written by Mark Waid. Waid has since said though that he wouldn’t have written the series if he would have known how much of a creep Deadpool is, as he does not pay for his crimes.

His character continued to appear in different comics, and in 1997 had his own on-going title. The character became an action comedy parody, in stark contrast to the anti-hero comics that were extremely popular at the time.

Breaking the fourth wall became an integral part of Deadpool, becoming a huge part of who he was. Comic effect, looking stupid and still somehow capturing the attention and affection of people is what makes this character so great.

Deadpool was born Wade Wilson, and is a disfigured mercenary with a range of superhuman abilities, such as regeneration and enhanced physical abilities. He has been dubbed the ‘Merc with a mouth’ because of his need to talk and make jokes constantly, always breaking the fourth wall for some kind of hilarious impact.

Deadpool On His Way To The Big Screen 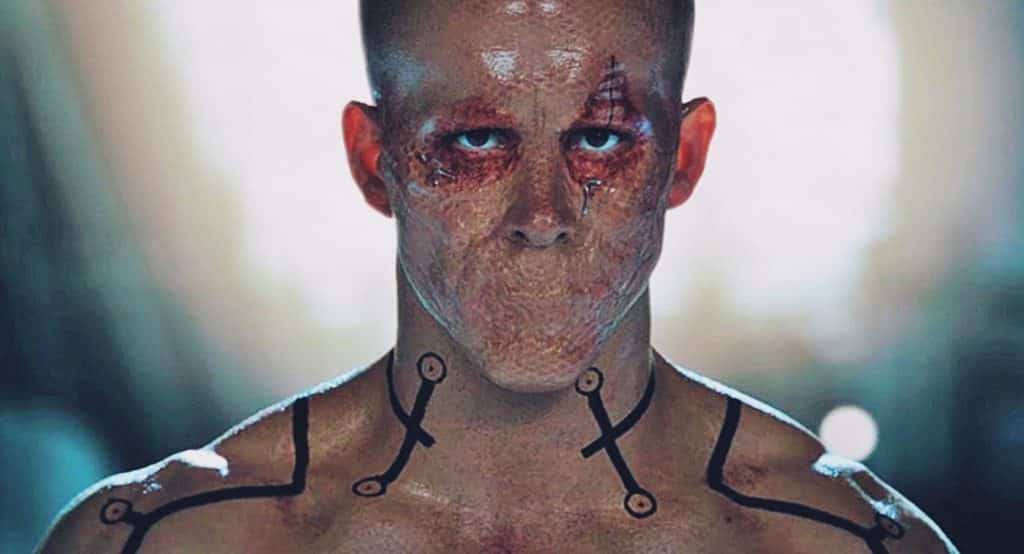 Deadpool first appeared in the movie X-Men Origins: Wolverine (2009). Ryan Reynolds was cast in this role, and has portrayed everyone’s favorite ‘Merc with a mouth’ since then. This was inspired by the 2004 series Cable & Deadpool in which a joke about Ryan Reynolds was made. Some people dubbed this role as the worst hero introduction ever as he was not so well received here, with many people forgetting he was even introduced here.

The movie starts by seeing Team X head out to Nigeria, showing you the story of Wade Wislon the mercenary, before showing you Stryker kidnapping him and turning him into a weapon. Deadpool now has almost unlimited powers when he is introduced, with his mouth sewn shut and being controlled by Stryker. He has an Adamantium sword that comes out of his hand that he can use to fight. But it’s not as cool as it sounds here, the movie is terrible.

At the end of Wolverine, Wolverine kills Deadpool, but an end credits scene shows you that there is an alternate universe in which he is still alive. 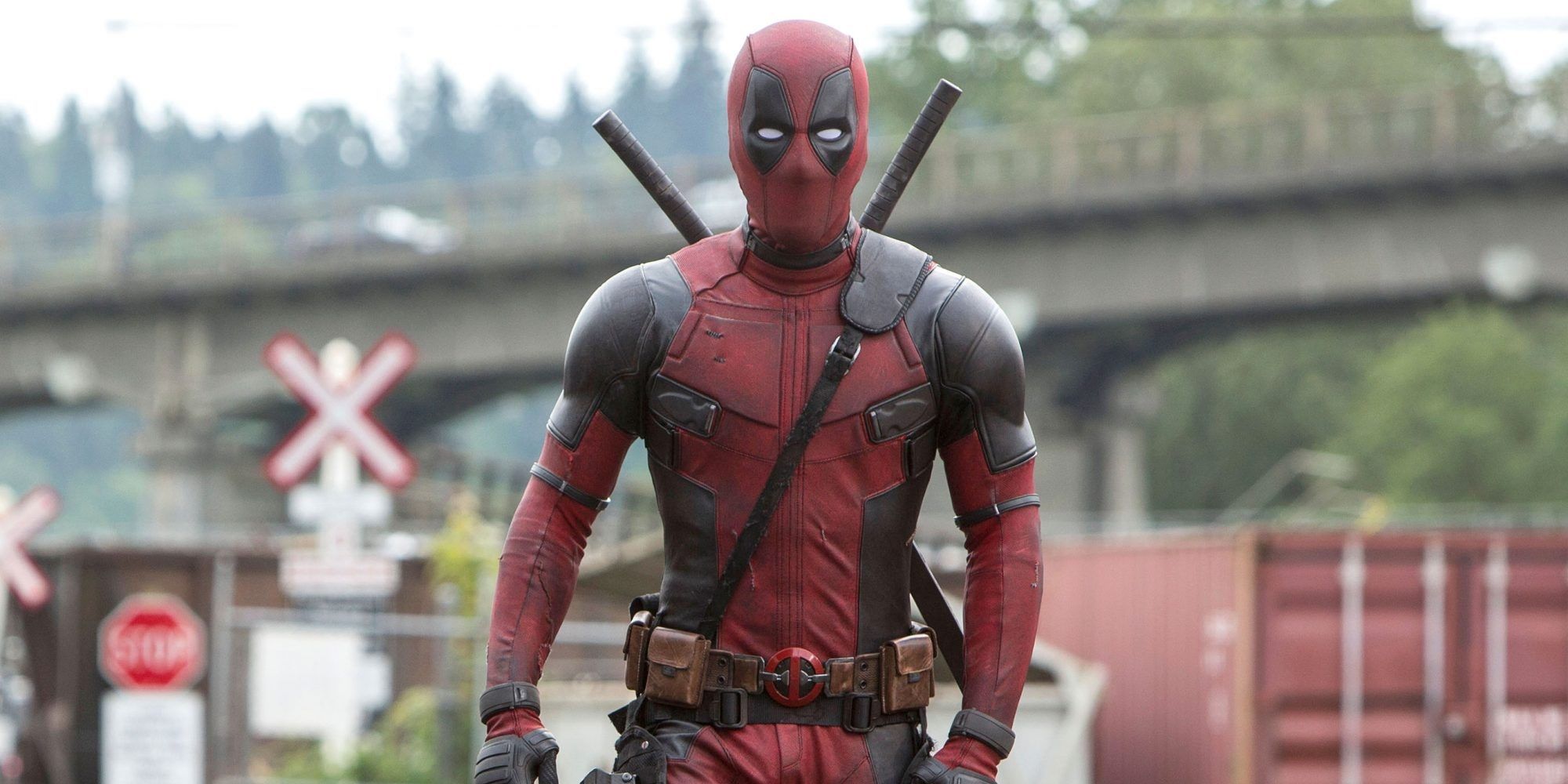 Deadpool (2016) takes place in this alternate timeline, in which Wade Wilson gets cancer, and goes searching for a cure which is ultimately how he ends up getting his powers. Ryan Reynolds performs this character effortlessly and flawlessly, capturing the hearts of many.

Deadpool 2 (2018) was also widely loved and received, especially with the addition of Cable, an important character to the Deadpool series who was not featured in the first movie.

These two Deadpool movies saw incredible success, leading to the confirmation that there will be a third movie.

Thanos is one of the biggest threats in the entire Marvel Universe, so it’s hardly surprising that he is a problem for Deadpool. In fact, Thanos has a deep hatred towards Deadpool due to the relationship he has with the cosmic embodiment of Death that Thanos had been pining for for a long time.

However, Thanos has size and strength on Deadpool, as well as the Infinity Gauntlet. Deadpool refuses to back down though, and comes into possession of the uni-power, which gives him the powers of Captain Universe for a temporary time. As such, he is able to defeat Thanos one-on-one due to his new, temporary cosmic powers. 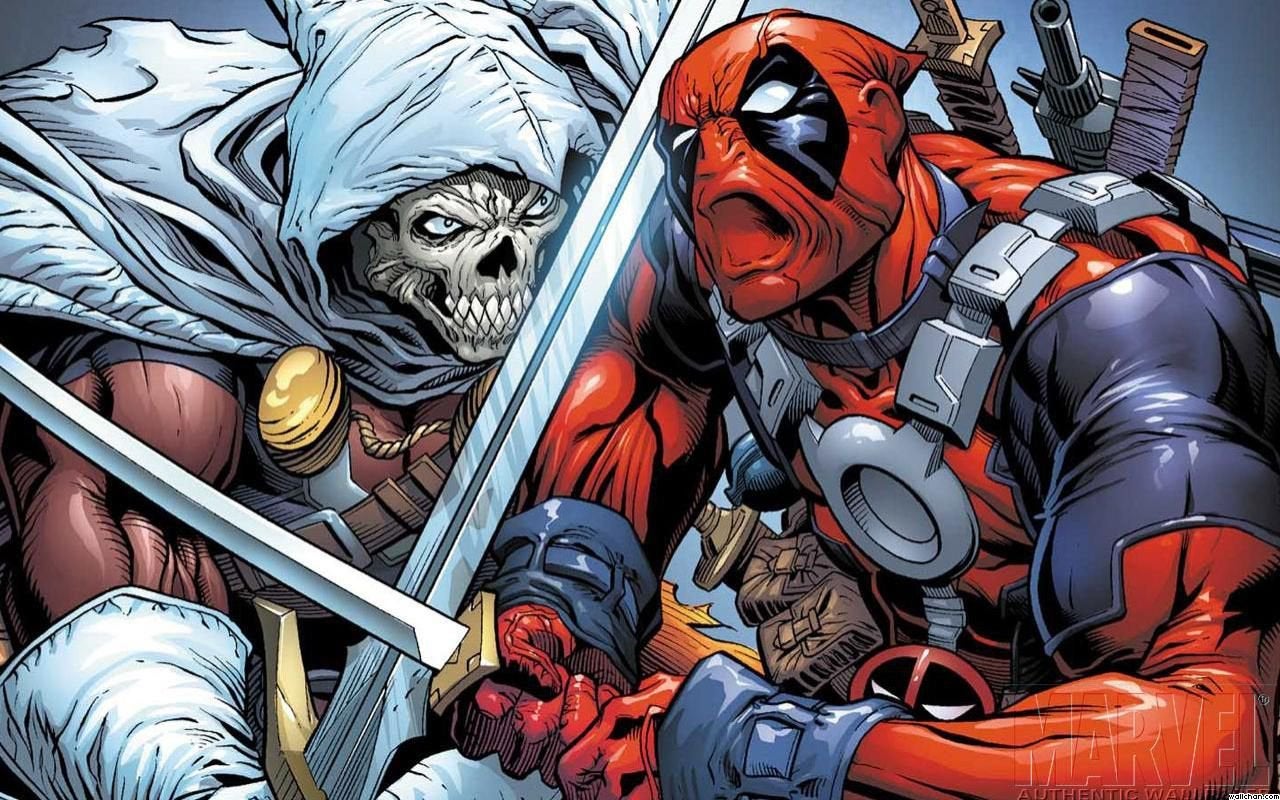 Taskmaster is a recurring Deadpool villain. A mercenary with photographic reflexes that allow him to mimic the fighting style of anyone he sees, which gives him an advantage over all of his competition. Due to Deadpool being unpredictable and unorthodox, it was impossible for Taskmaster to mimic his fighting style, essentially because he didn’t have one.

On occasion, these two have teamed up and been allies for a short time.

Madcap is not necessarily a villain per se. He was driven mad after being the sole survivor of a bus crash that turned into a chemical spill. He begins to believe that everything is pointless, and ends up reduced to a pile of ash with Deadpool after being hit by a bolt of lightning. Their combined healing factors meant that Deadpool was brought back while Madcap was trapped as a disagreeable voice in his head.

The two do become separated, but Madcap becomes more insane and sets out to destroy Deadpool. He feels no pain, regenerates even from the ashes and proves completely unaffected by injuries. 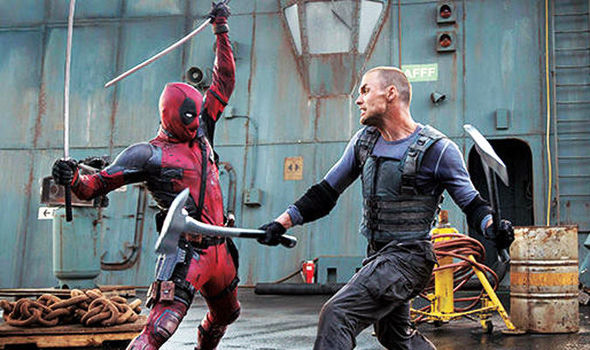 Ajax is the assistant of Doctor Killebrew, and was involved in the experiments that gave Wade his powers. It seemed as though he was killed in Wade’s escape, however he returns years later as a cyborg and begins eliminating those who were part of Weapon X. Although he is still nowhere near strong enough for Deadpool, and proves to be more of an inconvenience than anything else.

Deadpool has been around for just over 30 years, and is an extremely popular character among fans. The Merc with a mouth has captured hearts, and leaves fans waiting for more. You’re guaranteed to love him, whether you’re a huge Deadpool fan or simply passing through. We hope that this has helped!