Black Panther vs Wolverine: Who Would Win? 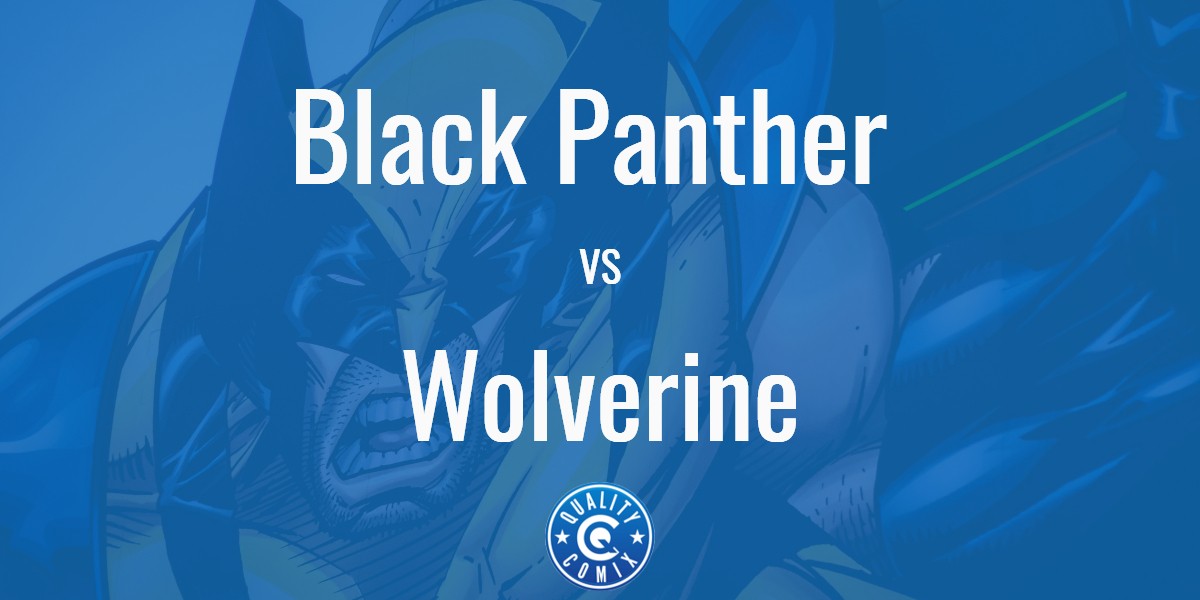 Black Panther is an MCU superhero who wears the sacred vibranium costume of the Wakandan Panther Cult.

Wolverine is a mutant with improved physical potential and three retractable claws in each hand.

Both are equally powerful Marvel characters, but who will win a fight against each other?

Maybe Black Panther with his superhumanly acute senses, or Wolverine with his mutant healing factors.

Let’s analyze the two superheroes and their superpowers.

Who is Black Panther?

Black Panther is the title of the Head of the Wakanda tribe.

T’Challa is the actual name of MCU’s Black Panther. After T’Challa’s mother dies in labor, his father raises him.

Ulysses Klaw kills T’Challa’s father, but he successfully defeats Klaw and sends him on the run.

He wins the official title of Black Panther by defeating several Wakandan champions.

Black Panther initially befriends the Fantastic Four to help him defeat Klaw. He then joins the Avengers.

He fights many villains like the Psycho-Man, Man-ape, Sons of the Serpent.

James Howlett is the real name of Wolverine. He lives in Canada.

James sports bone claws that emerge due to a mutation. He uses them to kill his father’s murderer.

James adopts the name Logan and grows among wolves in the wilderness.

Logan escapes a circus troupe that captured him. He later joins the Canadian military during World War I.

He becomes Wolverine, one of Canada’s first superheroes, and later teams up with the X-Men.

Black Panther is the chief of the Wakandan Panther Clan. He is gifted with superhumanly acute senses, enhanced strength, speed, agility, stamina, durability, healing, and reflexes.

He is resistant to magic, and can conjure a mystical spear of glowing blue energy to his hand. He is also a skilled hunter, tracker, strategist, politician, inventor, and scientist with a Ph.D.

These attributes seem to give him an edge over Wolverine.

Wolverine is a mutant with many natural and artificial modifications to his physique.

His healing ability is the most significant advantage, even against psychic powers.

His sharp fang-like canines and the three retractable claws within each forearm are enough to scare any opponent.

Black Panther is highly focused, which is proven in several instances right from his childhood.

T'Challa has rigorous training in a unique hybrid fighting style that incorporates acrobatics and aspects of animal mimicry.

These combating skills might prove challenging for Wolverine to match.

Wolverine is exceptionally knowledgeable since his long life span allows him to travel and learn a lot.

His mutation makes him lash out at his opponents like a raging animal. He becomes so aggressive that it shields even against psychic powers.

This hints that Wolverine might be more than Black Panther can handle.

As chief, the Panther consumes a unique heart-shaped herb which, in addition to his mystical connection with the Wakandan Panther God Bast, grants him many superpowers.

Wolverine does not possess any unique superpowers since his special traits are due to mutations.

So, maybe power-wise, Black Panther does have an advantage over Wolverine.

Black Panther’s biggest weakness is his tribe, which makes him do anything to save them. He is often confused about protecting the world or doing his duty as king to protect his country's own interests.

Wolverine is often depicted as a bad-tempered loner. He is also a heavy drinker and smoker. His healing powers negate the long-term effects of alcohol and tobacco and allow him to indulge in prolonged binges.

Wolverine’s super-healing powers will tire out an opponent who tries to attack. Also, his dangerous claws might prove fatal to Black Panther.

Black Panther 1,000,000 BC, Bashenga, Nehanda, Chanda (Azzuri), T'Chaka, Erik Killmonger / N'Jadaka, S'Yan, and Shuri are a few other Balck Panthers we can witness in various volumes of the comics.

Old Man Logan is the most popular alternative version of Wolverine. However, other variations are featured in Age of Apocalypse, Weapon Omega, Age of X, Amazing Spider-Man: Renew Your Vows, and many such versions.

Black Panther vs. Wolverine: The winner is…

So, if the two superheroes were to fight each other, who would win?

Black Panther is a total package when it comes to superpowers. Whereas, Wolverine has a lesser package. He picks a fight even when there is no necessity and has lost several over the years.

However, considering the fact that Wolverine is much more skilled in combat than Black Panther, he certainly has a significant advantage. There is not much Wolverine has not faced in terms of fights, and so Black Panther really will not have anything new to offer.

Wolverine’s vast experience is the icing on the cake. He has seen more than anyone else has. This experience will give him a prominent edge in winning.

This would be one of those never-ending fights that we might watch if it happens.

Either of them winning is possible. However, the above are merely opinions for debate.

Who do you think would win?

Thank you for reading!