/ Comic Resource Guides & Articles / Where Can I Sell My Comic Books?

Where Can I Sell My Comic Books? 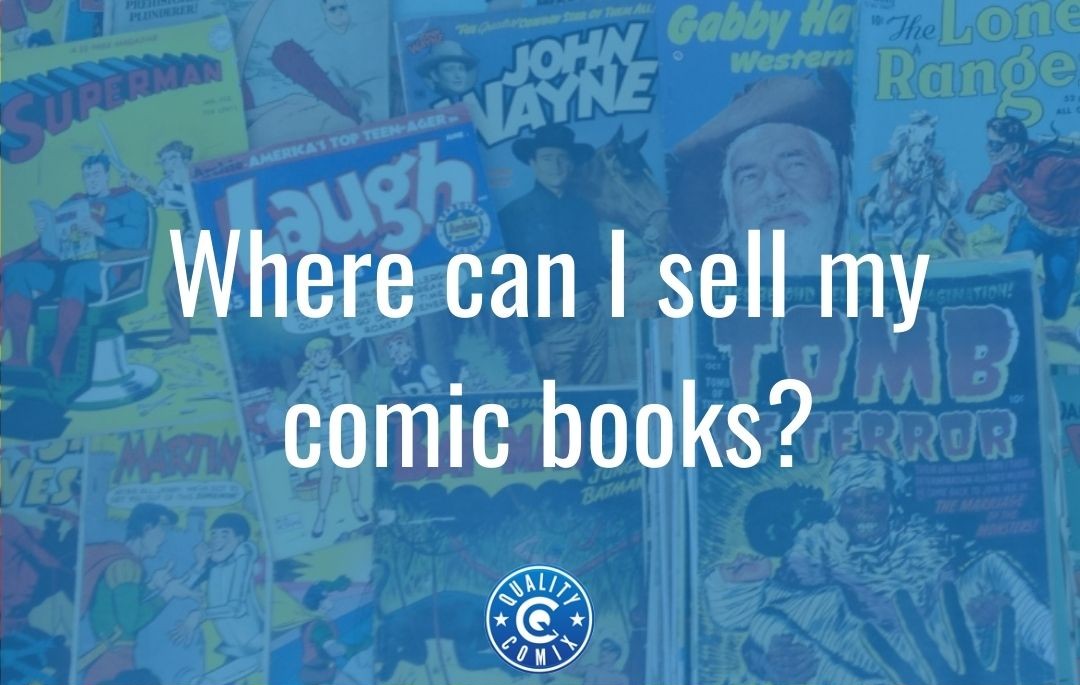 First up on the list we have online comic book stores. Most online comic book stores will take a look at what you have got if you get in touch with them and tell them that you are interested in selling. They will likely ask to see proof that you have the comics that you claim to through photographs sent over email with the date attached on a separate piece of paper. You will then likely have to send the comics in the mail to the store, and when they receive them, as long as they are in the condition that they were promised, you will get the money.

The good thing about this is that it’s a simple process and doesn’t take too much from you. The problem with this is that if the comics are not in the exact condition that the store thought they were, they may return them to you.

You can also take your unwanted comics down to a local comic book store and talk to the owner, or someone who has the authority to buy. Comic book stores are always looking for interesting comics that they maybe don’t have, or even duplicates in special circumstances. There is always going to be someone who wants the comics, so stores like this are usually always interested.

The problem with this is that they have so many comics, they may already have a number of the ones you are selling. The good thing though is that if they are interested, they can check out the comics in person so that there is no waiting and wondering about the condition.

Using auction websites isn’t too hard depending on which platform you use. You take a photo or a number of photos of the comic, put it up, and see what people bid for the item. The highest bid wins, and you can set the starting amount. Or, there are some websites that will do this for you, though they are less common.

The main pro and con for this method of selling are the same: you never know how much money you are going to get. This could be a good thing and it could be a really bad thing, depending on who is online, who has seen your item and what they are willing to pay for it.

Everyone else is using social media for all of their needs, so why can’t you? If you want to give your friends and family members first refusal, or think they may know someone who might want to purchase your comic books, then you can list them on your social media account. If you are using Facebook, you can go one step further and list the items on the Marketplace.

You can get quite a far reach using this type of selling, but you also need to be careful because it’s unlikely that you will be able to find people willing to pay serious money. It really depends on what kind of comics you are selling. If they are just standard then there is no issue, but if they are rare or mint condition, you may want to choose another option.

Straight To A Collector

The final option that we are going to look at is selling straight to a collector. If you can find collectors in your area or even online, you may want to get in touch with them and see if they are interested in what you have. They may not be, so do manage your expectations here. Send them what you have, and they will let you know whether they are looking for any of it.

The good thing about doing it this way is that you know you are talking to someone serious about comic books and who knows their stuff. The bad news is that they likely already have the majority of comic books.

We hope that you have found this article helpful, and now see some of the places in which you can sell your comic books. There are a lot of options available to you when it comes to selling your old comics, and it’s up to you which platform you choose to do this on. Now, at least, you have got a number of options to choose from.