/ Comic Resource Guides & Articles / Superman vs Thanos: Who Would Win?

Superman vs Thanos: Who Would Win? 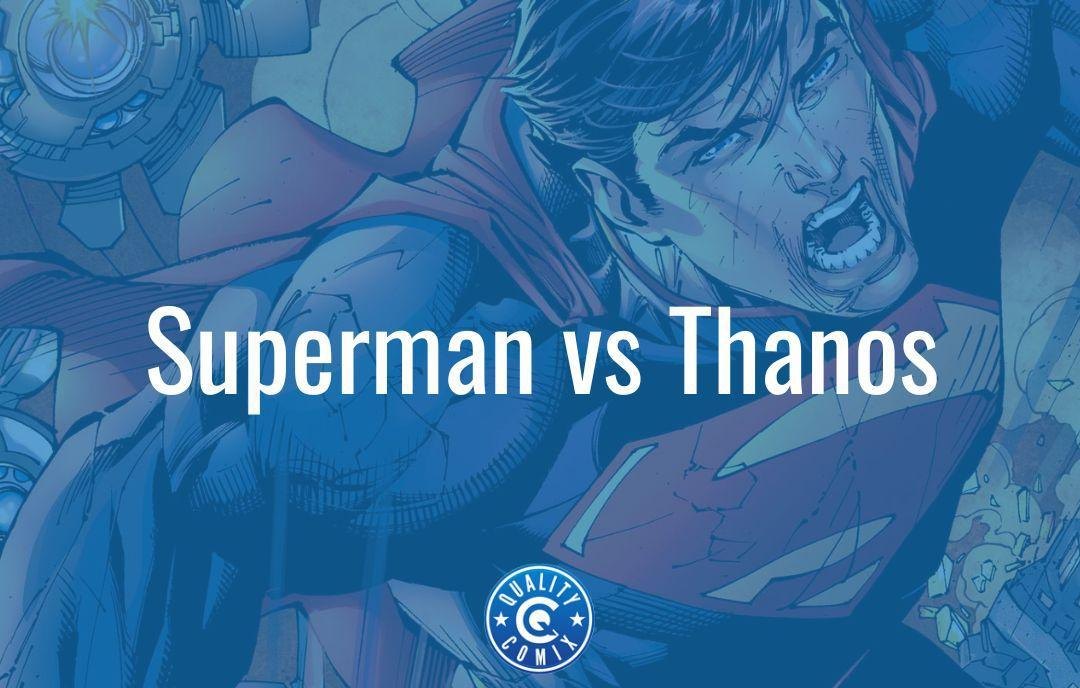 Superman barely needs an introduction. The Man of Steel himself is arguably the world’s best-known superhero, and the stunning breadth of his powers includes flight, amazing speed, X-ray vision, and superhuman strength — all of which he has demonstrated as a character in onscreen adventures. However, while the Kryptonian hero has squared off against numerous formidable foes over the years, being a DC Comics character means he hasn’t (to our knowledge) ever directly taken on the supervillain Thanos, one of the most powerful Marvel Comics characters. In addition to his strength, Thanos has plenty of speed, stamina, and intelligence. This raises the interesting question of how Supes would fare if an even bigger crossover event than Avengers: Endgame occurred and the two titans found themselves pitted against each other in a fight. 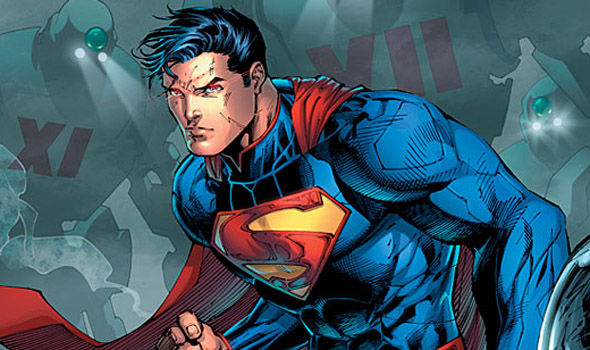 What Are Superman’s Strengths?
Superman ultimately gets his power from the sun, as Lego Batman humorously reminded us when belittling the “entitled alien” in The Lego Movie 2. Furthermore, as long as yellow sunlight continues to shine on Superman, his power is practically limitless. Superman’s immense strength enables him to break steel chains and even — as at one point in the 1983 film Superman III — crush coal into diamonds using just his hands. The Kryptonian can also fly faster than the speed of light and, with his X-ray vision, see through objects. With his similarly named heat vision, Superman can also use his eyes to project heat beams strong enough to melt steel.

What Are Superman’s Weaknesses?
Superman’s most well-known weakness is kryptonite, a green mineral originating from Krypton itself. The word “kryptonite” has even entered popular culture as metaphorical shorthand for a given person’s weakness. DC Comics editor Dorothy Woolfolk introduced kryptonite to the Superman comics in 1949, out of a belief that the lead character’s imperviousness made him boring. Since then, though, it has not been Superman’s only demonstrated Achilles heel. As indicated in a humorous scene of the 1978 Superman film, lead blocks the eponymous character’s X-ray vision. Superman was also vulnerable to electricity in battles with one of his more recently conceived enemies, Livewire, in the 1990s animated series.

Superman vs Thanos: Now over to Thanos 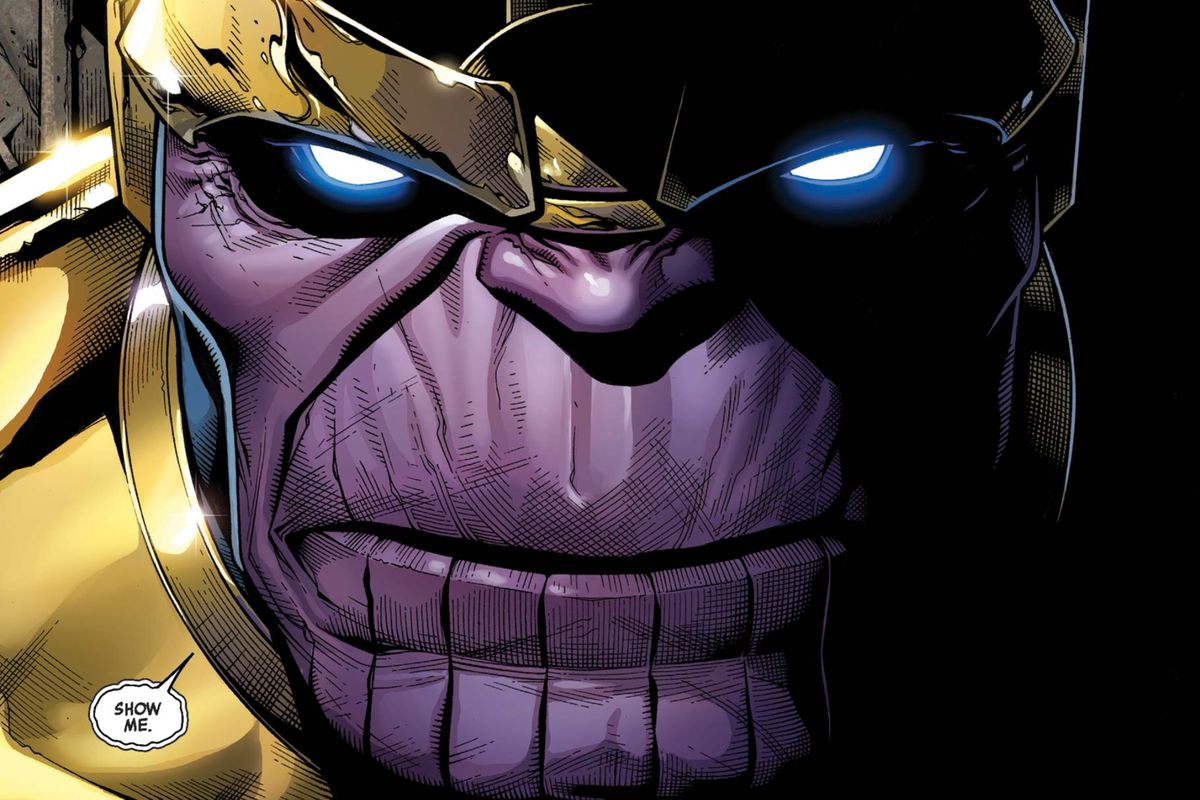 Even people who aren’t quite besotted with high-quality vintage comic books are likely to be familiar with the portrayal of Thanos by actor Josh Brolin in successive Avengers films of the 2010s. One of those films — Avengers: Infinity War — is loosely based on the most famous Thanos storyline from the comics, where the warlord collects the Infinity Gems before using them to kill half of the universe’s population. However, even without those magical stones, Thanos could easily hold his own in a fight. The big question is, would that still apply in a fight with Superman?

What Are Thanos’s Strengths?
Though a member of a superhuman race known as the Titanian Eternals, Thanos’s mutant heritage means that his abilities are even more of a threat than those of the other Eternals. Thanos, therefore, boasts superhuman strength as well as speed and stamina. He also has telekinetic and telepathic abilities and is capable of absorbing and projecting massive amounts of cosmic energy. He can also live indefinitely sans food, air, or water. Having been trained in hand-to-hand combat on his home planet of Titan, we can certainly expect Thanos to be confident in clashes even with some of the most powerful heroes in comic book history. However, Thanos’s greatest asset of all could be his tactical prowess.

What Are Thanos’s Weaknesses?
Like Superman, Thanos is not indestructible, as both characters have been killed in the past. Where the discrepancy between the two entities widens is in their physical strength. While Thanos might have the brute strength to defeat Thor, for example, it’s a different matter when it comes to the Big Blue Boy Scout. That’s because Superman remains much more powerful than Thanos — meaning that, in a straight fight, the former is bound to take the latter down. Thanos has also allowed his abilities to go to his head at times, as he has been undone by his own ego.

Superman vs Thanos: Who Would Win in a Fight?
Imagine getting a front-row seat to see “Superman vs Thanos”, quite possibly one of the battles of the century. Who would come out on top? Of course, the answer would largely depend on the situation in which the fight comes about. If Superman can get physically close enough to Thanos, he is likely to be able to pound him into the ground, such is the former’s superior brute strength. However, if Thanos had the time and advance notice to be able to carefully plan his part in the fight, he could potentially outwit Supes by luring him into a trap — and perhaps a kryptonite-lined one at that…

Will “Superman vs Thanos” Ever Happen?
Of course, there’s no way to be certain. Perhaps the closest it has ever come to happening was when, in the 1996 series of Amalgam Comics books — a joint project between DC and Marvel — Thanos merged with his DC counterpart Darkseid to form “Thanoseid”.

If that little nugget of comic book history has piqued your interest in following superhero adventures from decades past, why not check out our online store’s inventory of comics? You’ll undoubtedly find some particularly rare issues among our stock and can start to build your own Superman, Thanos, and beyond collection.