/ Comic Resource Guides & Articles / Hulk vs Abomination: Who Would Win in a Fight?

Hulk vs Abomination: Who Would Win in a Fight? 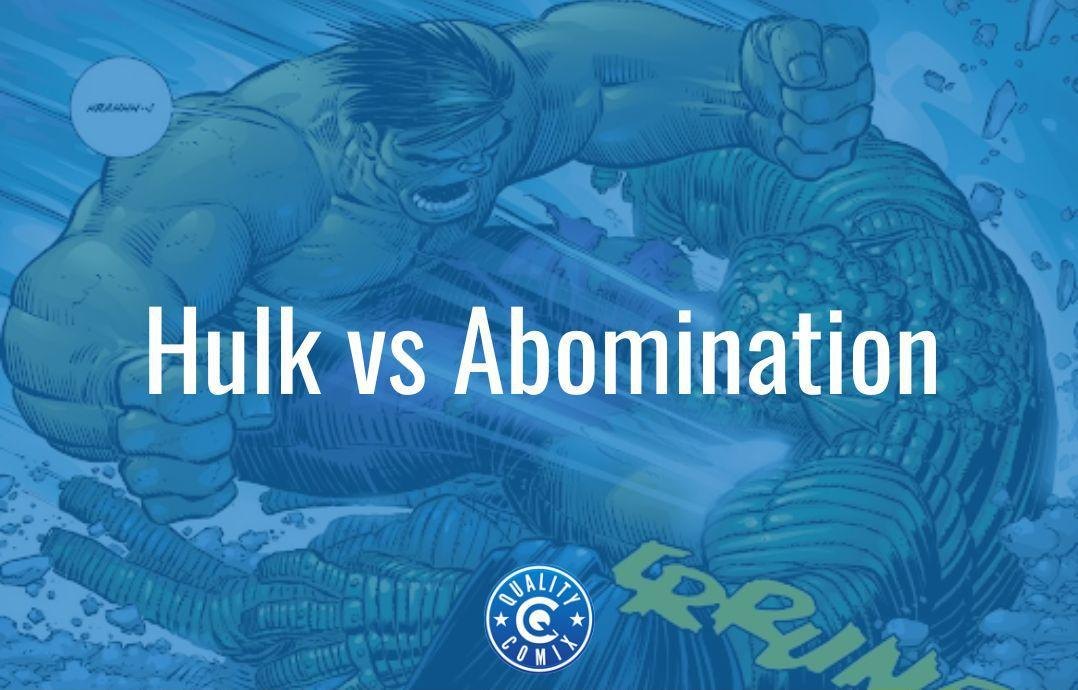 The muscular, green-skinned Hulk is many things: a superhero, an Avengers co-founder, the alter ego of mild-mannered scientist Bruce Banner. The Hulk is also considered iconic in popular culture, not least due to the high-profile inclusion of the character in the 2010s Avengers movies. Key to the character’s appeal is that he is in an enduring fight with Banner, who the not-so-jolly green giant himself has even belittled as “puny Banner”. Still, like many of the most popular superheroes, the Hulk has also been engaged in plenty of epic battles with villainous characters. Among the most persistent of those has been Abomination — a large, scaly humanoid who even defeated the Hulk in their first fight. So, how could their mutual antipathy continue to unfold in a high-stakes Hulk vs Abomination fight?

Hulk vs Abomination - First into the ring: The Incredible Hulk 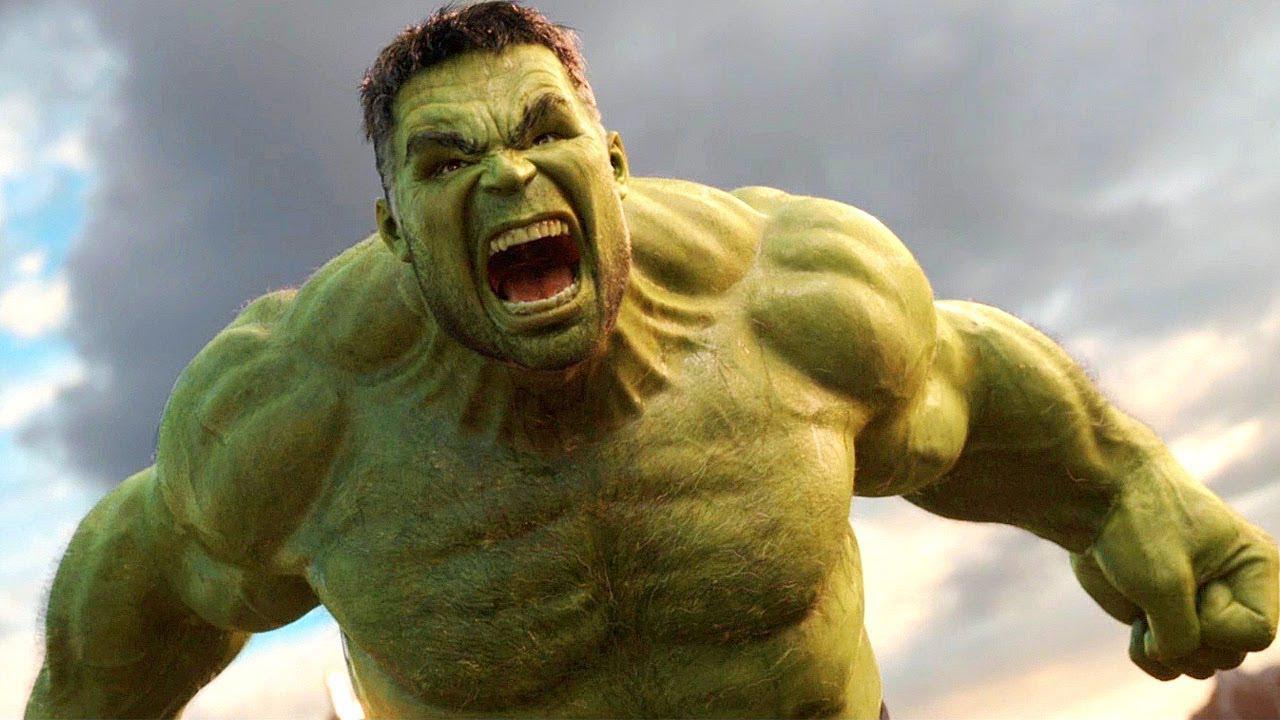 The origin story of the Hulk is now familiar to many of his long-standing fans. After getting caught in a gamma bomb explosion, Bruce Banner finds that he is able to manifest a larger, stronger, and more beastly version of himself by harnessing his anger. In issues of the comic series The Incredible Hulk, it is established that much of Banner’s repressed rage has resulted from years of abuse he encountered at his father’s hands. Recent issues of another series, The Immortal Hulk, have even revealed that the Hulk was originally Banner’s childhood imaginary friend, conceived to help him in handling trauma.

What Are the Hulk’s Strengths?
The Hulk’s most famous advantage is his superhuman strength, which enables him to survive the likes of bullets, tank shells, and bombs. Despite his beefy physique, the Hulk can also jump significant distances. Then there’s the “family” that has developed around him…After Bruce Banner’s cousin Jennifer Walters incurred a life-threatening injury, a transfusion gave her some of Banner’s blood. This not only saved her life but also transformed her into the She-Hulk (newly made into a TV series featuring Tatiana Maslany in the titular role) — and she, Red Hulk and Red She-Hulk have since served as colleagues of the Hulk. Theoretically, the Hulk could call upon the assistance of any of these during a battle with Abomination — but does the Hulk have any weaknesses that Abomination could exploit?

What Are the Hulk’s Weaknesses?
Bruce’s rage is something of a double-edged sword — as, though it increases his strength as the Hulk, it also saps him of his intelligence and, thus, makes him an increasing danger to more than just his enemies. Potentially, he could lash out at innocent people, including allies. So, there are times when the Hulk can end up crossing the line between hero and villain — as has been seen, for example, in the 2015 film Avengers: Age of Ultron. The Hulk has also, in the past, been temporarily knocked out with gas — and, by calming him down, people can potentially lessen the Hulk’s power and turn him back into Bruce Banner.

Abomination debuted in issue 90 of the Marvel comic book series Tales to Astonish in 1967. The comics reveal how, during the Cold War, the New Mexico-based Communist spy Emil Blonsky uses Banner’s gamma-ray machine in an attempt to transform himself into a Hulk-like creature. Blonsky does become a monster of colossal strength — and, unlike the Hulk, he keeps his intellect in the transition. However, also unlike the Hulk, Blonsky is trapped as Abomination and unable to transform himself back into his former self. There have been many “Hulk vs Abomination” clashes over the years, including in the 2008 film The Incredible Hulk, where Abomination was played by Tim Roth.

What Are Abomination’s Strengths?
Often, when the Hulk is as calm as possible, Abomination is depicted as being twice as strong. Though Hulk could potentially close this gap by getting angrier, this would not be the case with “Smart Hulk”, the alter ego Banner chose to adopt in the 2019 movie Avengers: Endgame. While Smart Hulk does still have Hulk-like physical strengths along with Banner’s mental strengths, these collective abilities alone are unlikely to suffice against Abomination. One major reason why is that, unlike the Hulk, Abomination can’t be tricked into turning back into his weaker alter ego. Hence, it is unlikely that Smart Hulk would get a good enough opportunity to successfully utilize his intelligence to overcome Abomination.

What Are Abomination’s Weaknesses?
Though Abomination has a major strength advantage over Hulk in many circumstances, when the regular Hulk gets angry, he can easily make up for this discrepancy. That’s because his strength — like his speed, durability, and healing — are driven by his rage. The crucial implication here is that, as long as Hulk is given enough time, he can potentially build up his fury enough to surpass Abomination in strength. Abomination, meanwhile, is hamstrung by the fact that his power levels remain static no matter what his emotional state is.

Hulk vs Abomination: Who Would Win in a Fight?
It isn’t entirely easy to differentiate between the two characters in terms of their fighting ability. There have been many Hulk vs Abomination battles in the past, with both sides having won several times. However, in typical circumstances, which side would most likely triumph? The simplest answer is the Hulk — since, as acknowledged earlier, he would usually be able to channel his anger into the increased strength he needs in order to ultimately beat Abomination. Abomination’s best chance of success could be in calming down the Hulk before attacking him. However, the Hulk could overpower and pummel Abomination before the chance even arrives.

Want to See a Hulk vs Abomination Fight? Choose Quality Comix
You hardly have to wait long to do so. You could, of course, watch the above-mentioned 2008 Incredible Hulk film. An alternative option would be to turn to Quality Comix to order vintage Marvel Comix publications where Hulk and Abomination indeed square off. We have an extensive inventory of classic comics for you to browse and can ship to your address within 24 hours of you placing your order. If you would like to learn more about issues where both characters appear, feel free to get in touch with the Quality Comix team today.