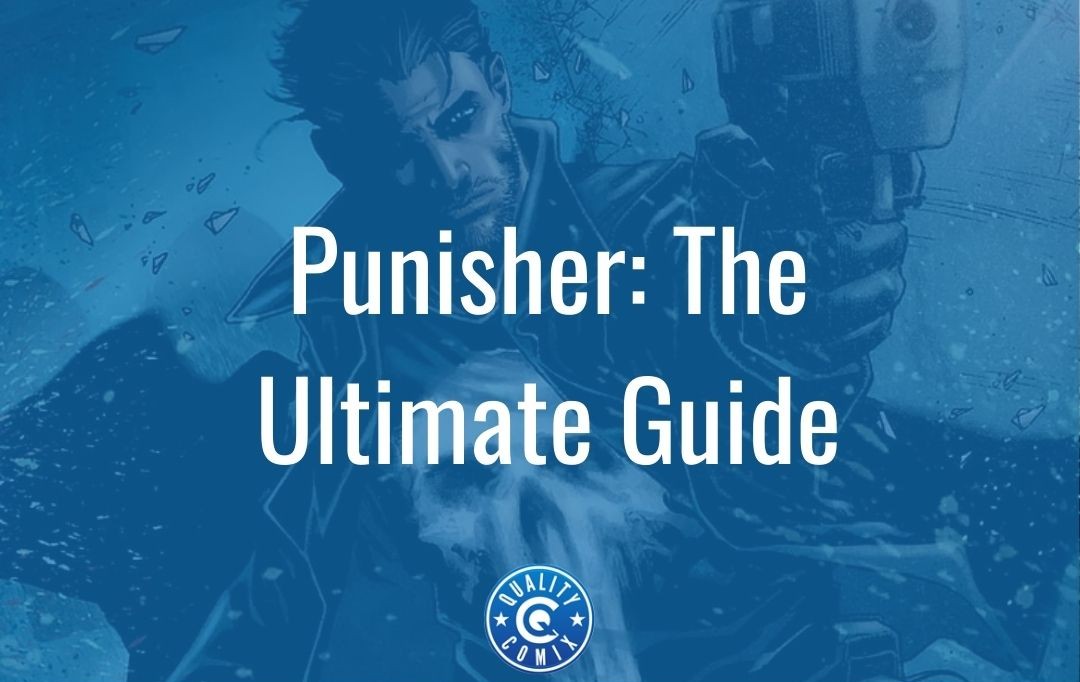 If you like your anti-heroes, then the Punisher will be your kind of character. Francis “Frank” Castle appeared in Marvel Comics in 1974 in the comic book ‘The Amazing Spider-Man #129’. He is a vigilante who has used kidnapping, violence, torture, and extortion to fight crime.

He initially started fighting crime after his wife and child were killed by a mob for witnessing a killing in New York. The Punisher is portrayed as a one-man army, capable of marksmanship and hand-to-hand combat. 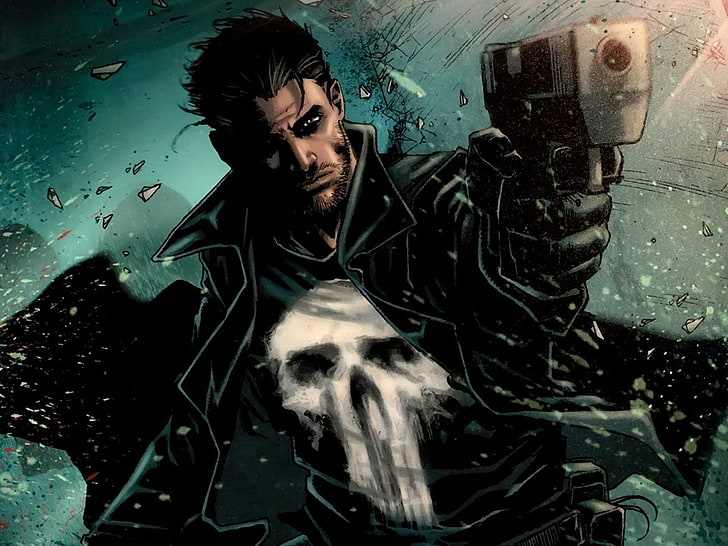 Who is The Punisher?

Frank Castle is a former army veteran with the U.S Marine Corps as a scout and sniper. He was originally part of the Vietnam war but that was later changed to the fictional Siancong war and Iraq war.

The character was first created by Gerry Conway with the name the Punisher thought up by the then editor-in-chief, Stan Lee. In the first comic book, he was the antagonist to Spider-Man. He had a strong temper but also frustration because he was a vigilante. This was in some way his origin story as you see him trying to reconcile with his emotions.

After this story was a hit with comic book readers, they continued to use the Punisher in other titles in the 1970s and 80s.

What Does The Punisher Skull Stand For?

However, in 2022, Marvel Entertainment retired the motif as it was becoming popular with white supremacists and the far right. Marvel changed the logo to a horned skull, which represents ‘Oni’, a Japanese mythological demon. 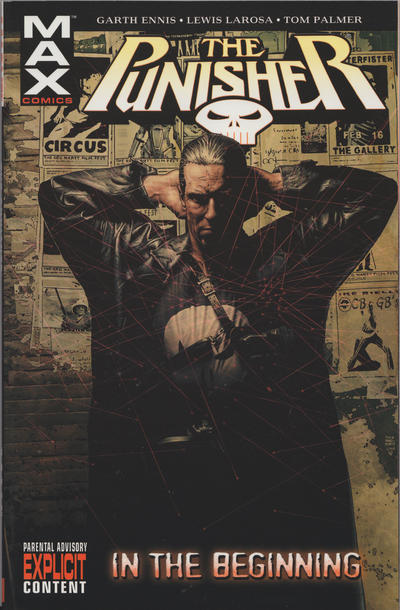 Is Punisher a Graphic Novel?

The later MAX series and Punisher Vol 1 onwards, along with many other titles, are graphic novels. You see the amazing artwork that went into the novels and the expanding storyline with other characters such as Nick Fury and S.H.I.E.L.D.

Where Should I Start with The Punisher Comics?

If you want to see the Punisher in his debut comic book, then ‘The Amazing Spider-Man #129’ is where you should go. He also appeared in other comics after this, including Captain America and Nightcrawler.

What Order Should I Read the Punisher Comics in?

The early Punisher stories are a great way to get into the character and see where his origins lay. It is also good to see the progression from antagonist to other Marvel universe characters to getting his own comic book ongoing series and developing the character further.

Moving on from them, you can then read the Punisher War Journal, which was a series that spanned 80 issues from November 1988 to July 1995. During this time, the Punisher also appeared in many limited series and stand-alone stories.

The next series that you should read is the Grant Ennis and Steve Dillon 2000 mini-series, The Punisher, which was under the Marvel Knights imprint. The Marvel Knights Punisher went back to his roots and had a change in the costume that was seen occasionally in the 2000s.

How Do I Start Reading Punisher Max?

From 2004, Grand Ennis began using the freedom of the MAX imprint along with writer Jaron Aaron to write darker stories that had a harder edge. The Punisher MAX series was popular and depicted him being active for 30 years. It also features current events of the day such as the War on Terror and the Cold War.

MAJOR SPOILER: At the end of the MAX series, the character is killed off after killing Kingpin.

What Are the Best Punisher Comic Books?

All of the ones mentioned so far are worthy of reading. The series spans a long timeline in the Punisher history and takes the character from his early years up to recent times.

His appearance in titles such as ‘The Spectacular Spider-Man’ early on shows that he is sometimes at odds with the title characters.

The Daredevil series is also a great read, along with others including the Punisher Presents with Barracuda and the Punisher Invades the ‘Nam all show different villains and how he deals with external factors.

Is The Punisher in Daredevil?

The Punisher does appear in the Daredevil comics and also appeared in the 2015 Netflix Series Daredevil. There is a good contrast between the two characters as Daredevil himself is seen as a bit of an anti-hero but doesn’t go as far as the Punisher.

After a successful cameo in Daredevil, Netflix created a spin-off series with actor Jon Bernthal reprising his role. There were two seasons from 2017 to 2019 before the show was cancelled by Netflix.

The first time the Punisher gets his own comic series is with Circle of Blood. Released in 1986, it tells Frank Castle’s backstory and is even a retcon story in certain elements - one of these being an explanation of his actions saying they are the result of being poisoned by mind-altering drugs.

After this mini-series, there was Punisher: King Pin Rules where we see many other characters including Ninja’s, Mike Baron, and even Moon Knight, which got its own TV mini-series in March 2022.

Punisher and the MCU 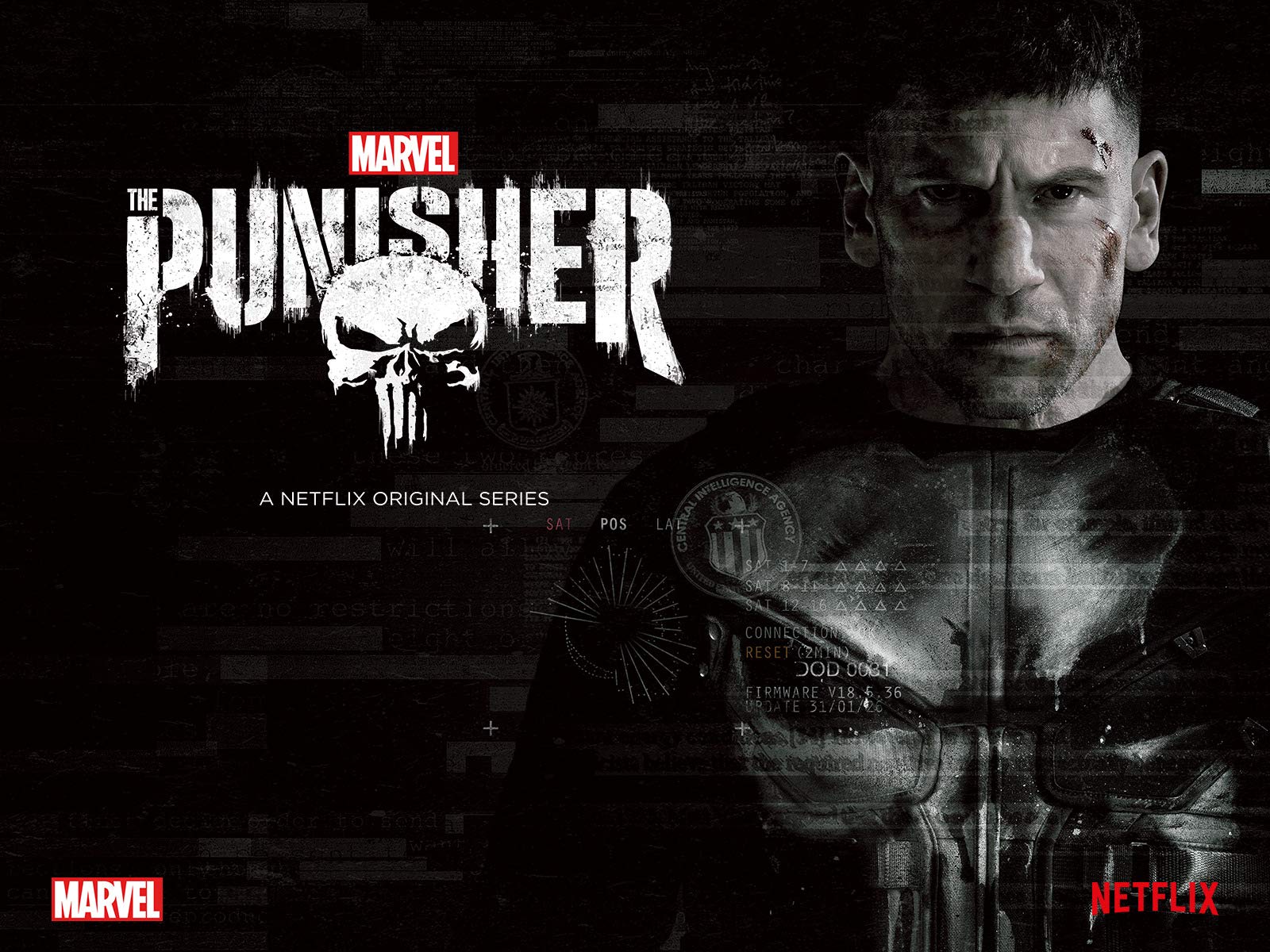 Is Punisher in The Marvel Cinematic Universe?

The Netflix series The Punisher is considered to be part of the MCU. This series has now been transferred to Disney+ after Marvel bought the rights back.

There is talk of the Punisher returning to the MCU, but this hasn’t been confirmed yet. There have been rumours that Jon Bernthal would be reprising his role along with Charlie Cox as Daredevil and Krysten Ritter as Jessica Jones.

The Punisher has been one of Marvel's most successful characters over the years since the character was created back in the 1970s. If further projects are put forward in the MCU to do the character justice, it would need to have the same rating as the Deadpool movies.

With over 20 years of experience, Quality Comix has become the number one vintage comic book company worldwide. Got a question you’d like answering or wish to search our vast array of quality comics? Simply get in touch - our team of comic book pros are at your service.