/ Comic Resource Guides & Articles / The Walking Dead Comics: Everything You Need to Know

The Walking Dead Comics: Everything You Need to Know 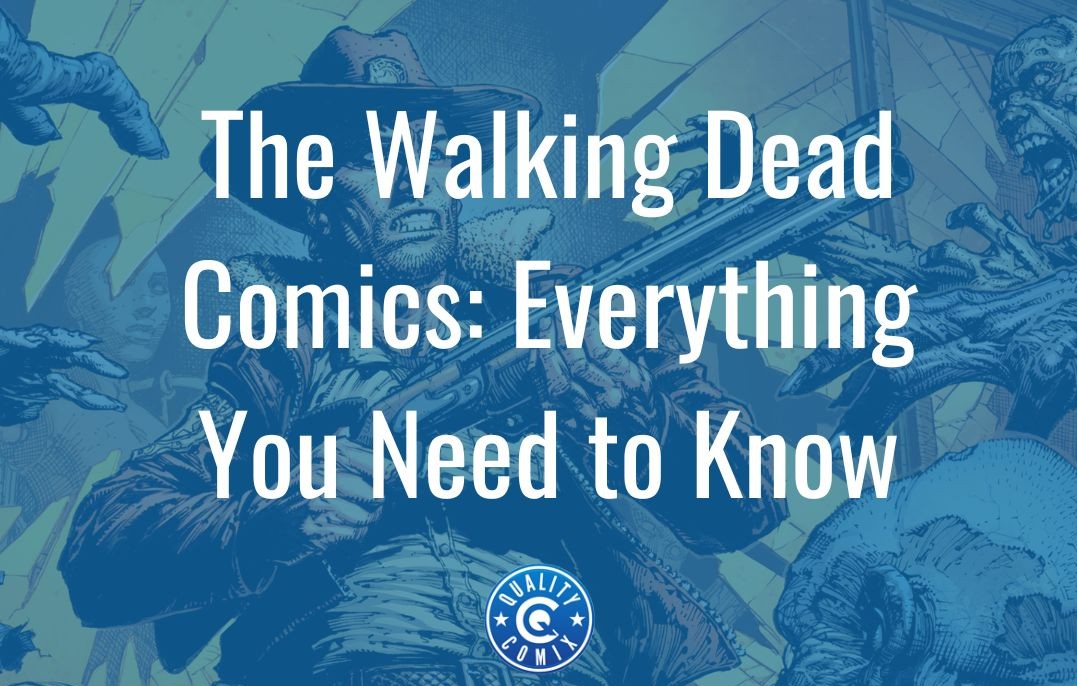 The Walking Dead comic book series was created by writer Robert Kirkman with Tony Moore and Charlie Adlard as the artists. The series is an American post-apocalyptic story revolving around a group of humans who have to survive against constant attacks from zombies or ‘Walkers’ as they are called.

Walking Dead was created in 2003 and published by Image Comics. The series features Rick Grimes, a deputy in Kentucky who is shot and left comatose. When he wakes up, he finds himself in a zombie apocalypse, which has resulted in a state-wide quarantine.

Grimes joins a group of other survivors - including Morgan Jones played by Lennie James in the TV series - and over a period of time, he starts to take on the role of leader. Along the way, the group meets other groups of survivors who have set up their own rules and laws. This sometimes causes tension between the groups and at times leads to conflict.

Why Did The Walking Dead Comics End? 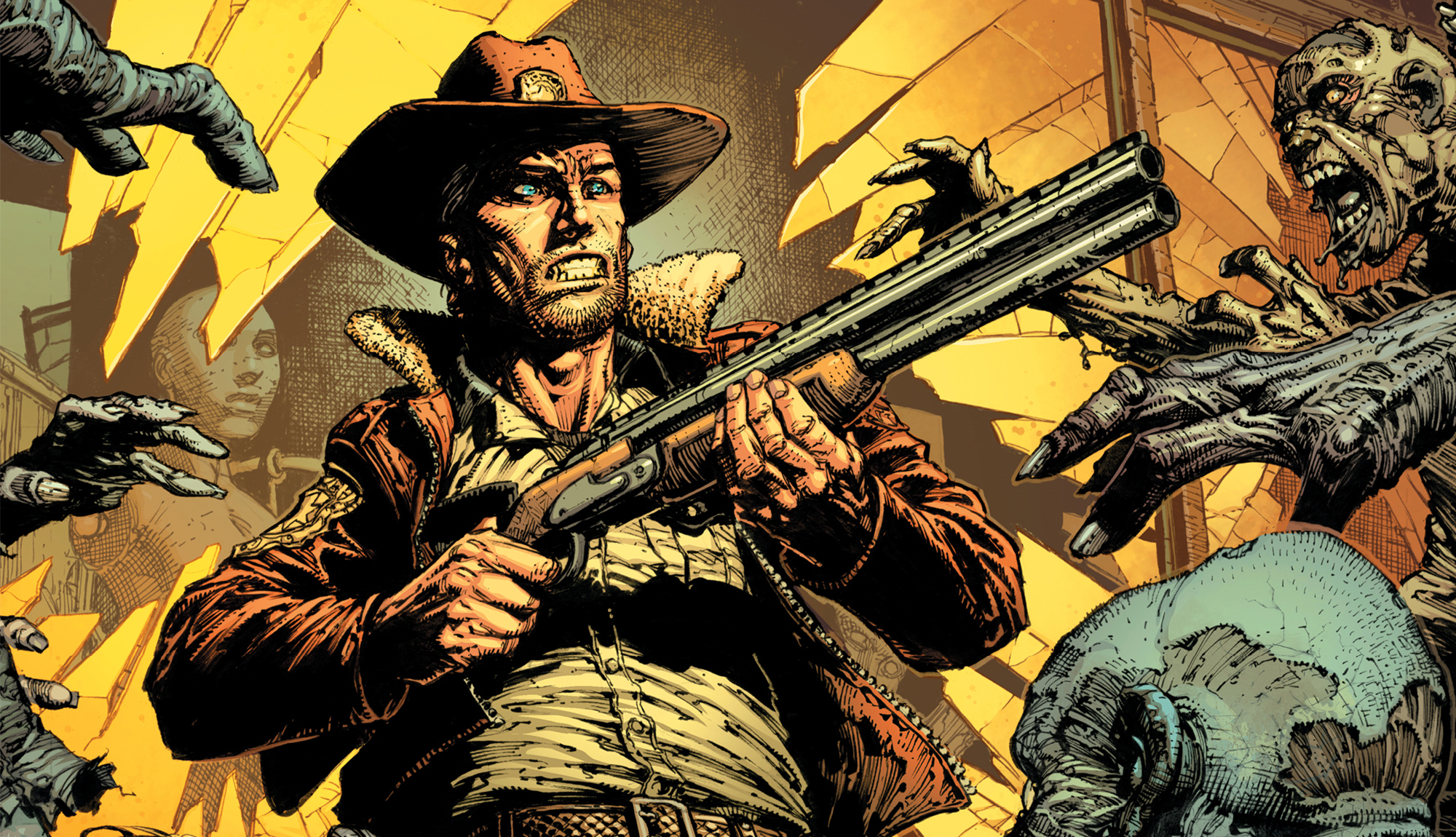 The comic book series ran for 193 issues that were predominantly in black and white although they have now started releasing colour versions by Dave McCaig. In 2019, writer Robert Kirkman ended the series of comics to many people's surprise.

Kirkman said in an interview that he felt he didn’t have enough material to continue the series.

Does The Walking Dead TV Show Follow the Comic Books? 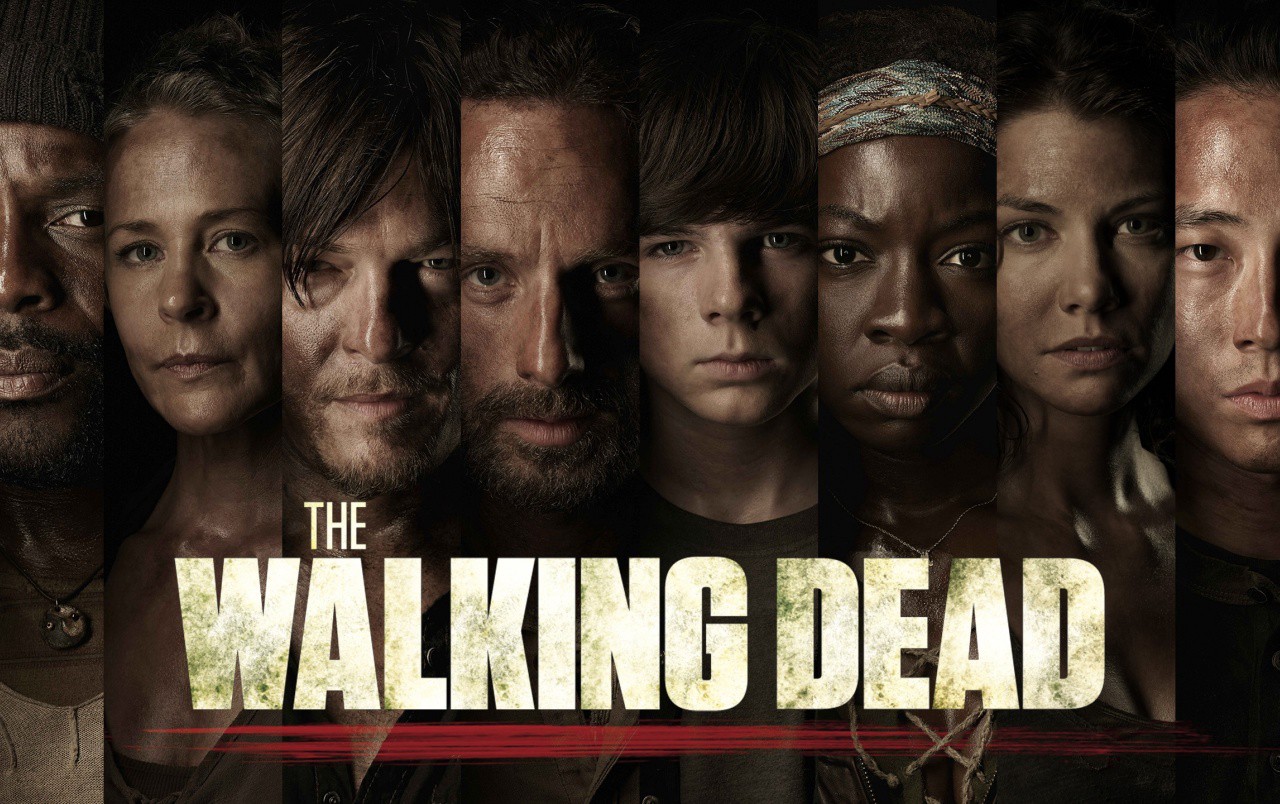 On 20 January 2010, it was announced that AMC had ordered a pilot episode of The Walking Dead with a view to possibly creating a TV series.

The series was developed by Frank Darabont who also wrote some of the episodes. Robert Kirkman came on board as executive producer, alongside Charles H. Eglee. The first season featured 6 episodes, with a second season commissioned for a further 13-episode run.

How Many Spin-Offs of The Walking Dead Are There?

The TV show ran for 11 seasons. During this run, two spin-off shows were created, ‘Fear the Walking Dead’ (2015 - Present) and ‘The Walking Dead: World Beyond’ (2020-2021). There have also been several webisodes and video games added to the franchise.

For the most part, the TV series has followed the course of the comic books, which include major characters such as Rick and plots. As an example, the events that took place in the seventh season’s premiere episode are close to those that took place in issue #100 of the Walking Dead comic book series.

Another example is the way the TV show writers have used some of the characters for a longer period of time than they were in the comics. This is illustrated by the character Carol Peletier played by Melissa McBride who has lived well beyond where she was in the comics.

Popular characters and outliers in the TV series include: 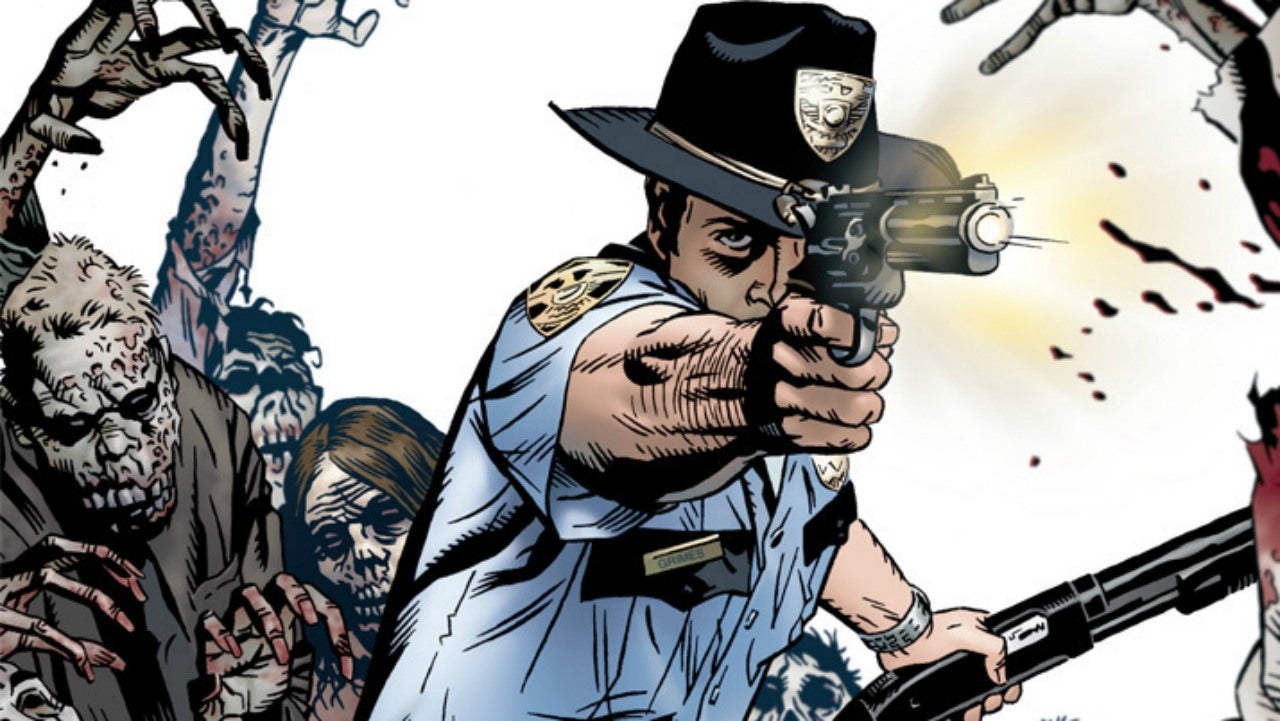 Why Should You Read The Walking Dead Comics?

The Walking Dead comics are wonderful pieces of writing that were always designed to have an ending in mind. Even though Kirkman commented that he reached the end of the story before he anticipated, it still offers a lot of excitement and at times horror.

Along with this theme, there are also moral and social aspects to the comics that are brought out a lot in the TV series.

For lovers of comics as well as apocalyptic scenarios, The Walking Dead is certainly a series you should be looking at.

How Many Volumes of The Walking Dead Comics Are There?

Since the comic books started in 2003, there have been 193 comics issued in the entire series. Of this original series, there were 32 volumes of The Walking Dead released. Each volume roughly contains a story arc of six comic issues.

Together with the volumes, other issues were also released including hardcover copies. The hardcover books contained roughly 12 issues in each comprising a total of 16 books.

Between 2011 and 2019, ten Walking Dead novels were released that deal with ‘The Governor’. These look at how he initially survived the new world up until the events that take place in the abandoned prison in the comics.

Where Can You Buy the Walking Dead Comic Book Collection?

As the popularity of The Walking Dead comics and TV shows continues, there have been a number of additional books published which include previous issues.

This popularity has also encouraged collectors to start looking for and selling old copies of the original comics.

At Quality Comix, we stock a range of the high-quality Walking Dead comic books - simply search for the series or your favourite title in the search menu. You can also seek out private collectors and small, independent comic book stores for any older copies that exist.

If you are looking to simply read The Walking Dead in its comic book form, then there are many new collections available for purchase. You can also get box sets of the TV series in many stores and online.

The Walking Dead explores a world left in chaos and is a great way to escape into a fantasy world.

With over 20 years of experience, Quality Comix has become the number one vintage comic book company worldwide. Got a question you’d like answering or wish to search our vast array of quality comics? Simply get in touch - our team of comic book pros are at your service.