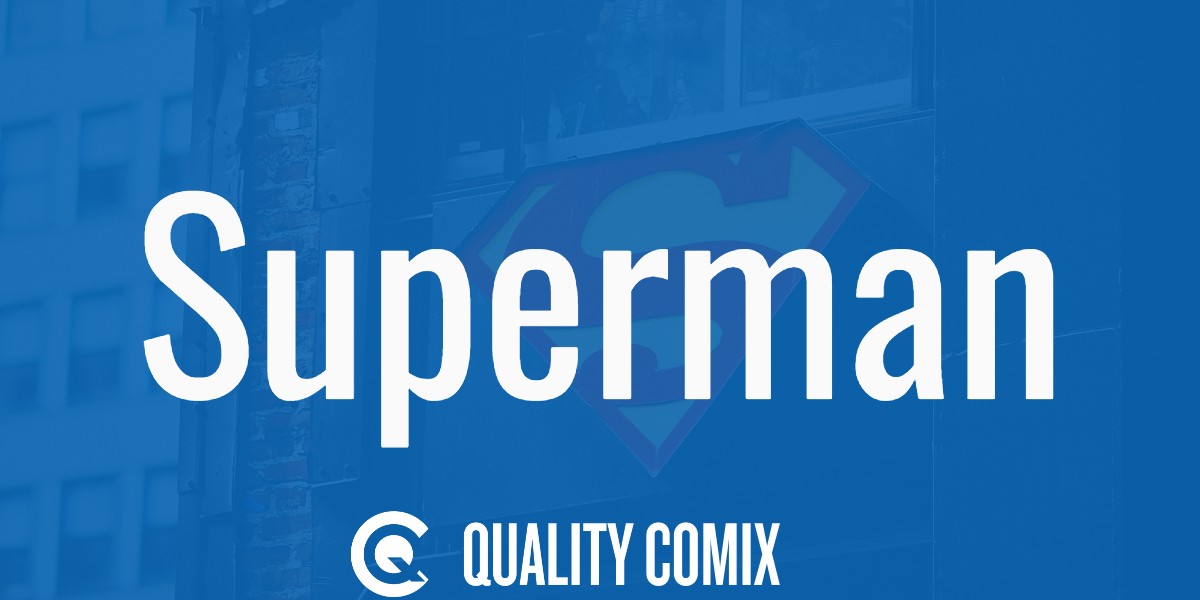 Superman first appeared nearly 80 years ago on the pages of Action Comics. He has continued to remain one of the most inspirational superheroes in history.

In this post, we'll look at some of the most famous Superman quotes.

Some of these are about Superman, and some are from Superman himself, be that in the films or the comics.

However, these quotes help you to understand the hero better. Not just his character, but how Superman has impacted others.

"Why am I so different from them?" – Superman.

"The only way to know how strong you are is to keep testing your limits." Jor-El

"There is a superhero in all of us. We just need the courage to put on the cape."

"Krypton Bred me, but it was earth that gave me all I am."

"Sometimes you have to take a leap of faith first, the trust part comes later." Superman

"It's not an S, on my world it means hope." Superman

"You will give people an ideal to strive towards, they will race behind you, they will stumble, they will fall, but in time they will join you, in time you will help them accomplish wonders." Jor-El

"You're going to change the world."

"Can you read my mind? Do you know what it is that you do to me? I don't know who you are. Just a friend from another star. Here I am, like a kid out of school. Holding hands with a god. (...) If you need to be loved... here I am. Read my mind." Lois Lane

"They can be a great people, Kal-El, they wish to be. They only lack the light to show the way. For this reason above all, their capacity for good, I have sent them you… my only son." Jor-El

"It's not about where you were born. Or what powers you have. Or what you wear on your chest. It's about what you do… It's about action"

"I'm here to fight for truth and justice." Superman

"You will be different, sometimes you'll feel like an outcast, but you'll never be alone." Jor-El

Quotes About Superman And His Impact

I grew up watching 'Superman.' As a child, when I first learned to dive into a swimming pool, I wasn't diving, I was flying, like Superman. I used to dream of rescuing a girl I had a crush on from a playground bully. – Tom Hiddleston

"But even Superman can be broken. Self-destruction, too, is a kind of kryptonite."

"Superman, when he goes after someone, is essentially not trying to beat them, he is trying to save them from themselves… You're looking at a God who walks amongst men!"

"We were each of us trying; trying to undo our own history while wishing for Superman."

"Superman is, after all, an alien life form. He is simply the acceptable face of invading realities."

"What makes Superman a hero is not that he has power, but that he has the wisdom and the maturity to use the power wisely. From an acting point of view, that's how I approached the part. – Christopher Reeve"

"Initially, kids are attracted to Superman as a hero because he can take care of problems and still appear as friendly as your dad."

"I think the very simplest way to show Superman's power is to have him punch someone that's powerful."

"A man is a man to the extent that he is a superman. A man should be defined by the sum of those tendencies which impel him to surpass the human condition".

"Superman is precisely what we should be teaching our children. Superman inspires us to our best".

"My dad was Superman to me, and in my mind, he always will be."

"I think Superman's journey is to become comfortable on earth. Of course, he's got his role as earth's greatest protector, but he also wants to be as happy as he can, and if that happens to be with Lois, then he's going to find a way."

"It doesn't take X-Ray Vision to see you are up to no good."

If I had to choose a superhero to be, I would pick Superman. He's everything that I'm not. – Stephen Hawking

"Don't pull on superman's cape unless you have kryptonite in your front pocket."

"I think of Superman as the ultimate vanilla hero. He's this perfect refugee, this perfect immigrant from another planet who embodies the American dream."

"Superman was my first comic back in the '50s; that was me under the bedspread with the flashlight reading comic books."

"He turns all of his injuries into strengths, that which does not kill him makes him stronger, he is superman."

"Superman' has always been about Lois Lane, Superman and Clark Kent and this love triangle between these three people who really are only two people.

"The spirit of Superman is great to have around." – Brandon Routh

"Superman's original name was Kal-El, or Swift God. His father's name was Jor-El. Superman was clearly drawn as a modern-day god."

"You're much stronger than you think you are, trust me. "

"Superman was created in the late 1930s, and humankind's idea of what the future would be was very different"

"My version of Superman is essential of a guy who has spent his whole life alone". – Henry Cavill

"You will give people an ideal to strive towards, they will race behind you, they will stumble, they will fall, but in time they will join you, in time you will help them accomplish wonders."

"Superman is the hardest character to draw. There are a couple of things that make him difficult. He's got a very simple costume and doesn't have the long cape-like Batman. He's not a character that is necessarily always in shadow, and he doesn't have a mask."

"For a lot of people, Superman is and has always been America's hero. He stands for what we believe is the best within us: limitless strength tempered by compassion, that can bear adversity and emerge stronger on the other side. He stands for what we all feel we would like to be able to stand for when standing is hardest."

"Superman is, after all, an alien life form. He is simply the acceptable face of invading realities."

"Every son's first superhero is his father, and it was the same for me. For me, he was Superman and Batman combined."

"What makes Superman a hero is not that he has power, but that he has the wisdom and the maturity to use the power wisely".

"The only way to change the world is to quit thinking it's a job for Superman. Real power lies in your own hands."

"Superman can fly high way up in the sky cause we believe he can. So what we choose to believe can always work out fine... It's all in the mind".

"Man is divided into two categories; men and supermen. Men are taught that all men are equal. Supermen think that they are the only men."

"The 'Amazing' can only be created by facing fear, risk, and failure during the process."

"So many of our dreams at first seem impossible, then they seem improbable, and then when we summon the will, they soon become inevitable." Christopher Reeve

"In this universe of ours, with its wealth of errors and legends, historical data and false information, one absolute truth is the fact that Superman is Clark Kent. All the rest is always open to debate."

"I feel like I live in a world made of cardboard…always taking constant care not to break something…to break someone, never allowing myself to lose control even for a moment or someone could die."

"I identify with Superman. I am adopted, I am an only child, and I love the idea that he comes from another world, that he's the ultimate immigrant. He has all these extraordinary powers, and he has a righteousness about him."

"It's not about where you were born or the powers you have or what you wear in your chest; it's about what you do. –"

"A superhero is just an ordinary person who has found a better way to mask their human frailties."

"You're much stronger than you think you are, trust me."

"Superman once challenged Chuck Norris to a fight, the loser had to wear his underwear on the outside."

Has Superman impacted your life?