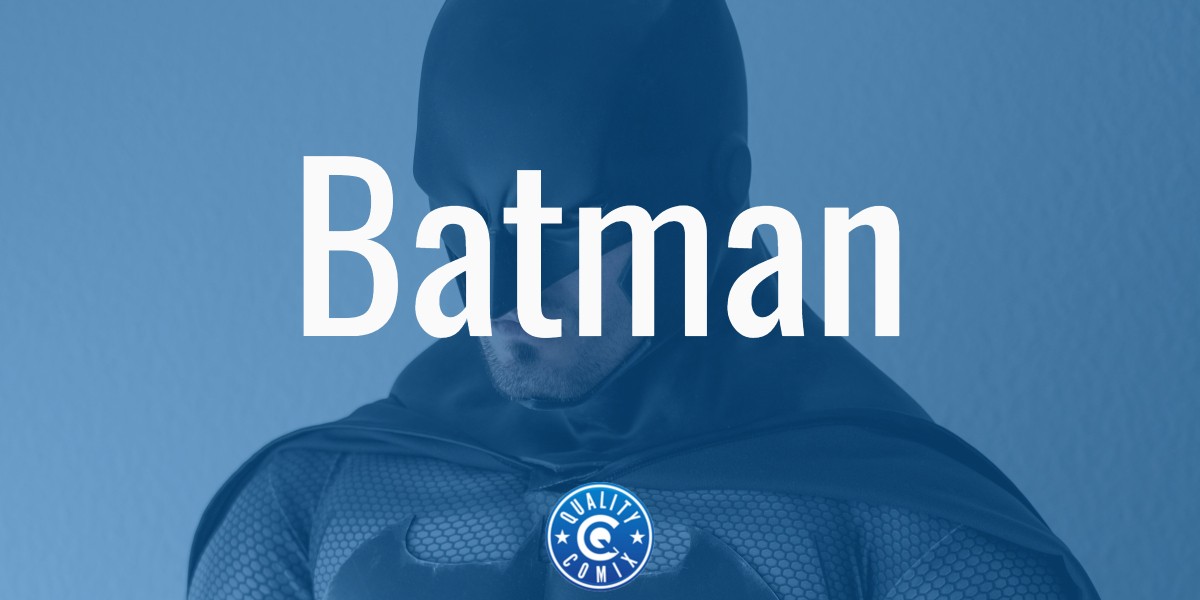 Batman is a comic book character that was made in 1939 by the writers and artists Bill Finger and Bob Kane. He was first seen in Detective Comics #27. He has many things that make him different from other comic book superheroes, like an extremely dark personality and a tendency to show little remorse when he brings vigilante justice to different bad guys. Also, so many people have "made" Batman over the years that there are many differences in how the character acts, looks, and is perceived.

Let’s learn more about Batman in this ultimate guide.

The creation of Batman to comics 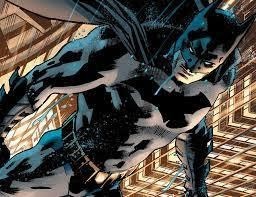 Bob Kane, a writer/artist, created Batman. Kane created an early version of the character based on Sherlock Holmes, Zorro, and a Leonardo da Vinci drawing of a bat-winged flying contraption.

Together with writer Bill Finger, they refined the notion. Finger has stated that Kane did develop a version of the character before Finger got involved. Inspired by Leonardo Da Vinci's flying invention, The Bat (1953) and Dracula (1931), which featured a "man-bat" in the opening titles. Finger did suggest a costume change for "The Bat-Man."

Finger elaborated on his outfit options in an interview for Jim Steranko's History of Comics. With a mask and bat wings, the original Bat-Man looked too much like Superman. He suggested a cloak, gloves, and modifying the character's bodysuit from red to grey. For the character's silhouette, Finger recommended replacing the character's domino mask with a more bat-like hooded cowl, complete with "ears". Finger reportedly told Kane to leave the character's eyes out when he wore the mask. In fact, Kane admits to studying newspaper strips on a regular basis, a habit he shared with Lee Falk's character The Phantom.

In the first Batman script, Finger wrote and Kane drew it because Kane had already proposed a Batman character to his editors at DC Comics, so he was the only one officially credited with its invention. Unlike other features on which Finger worked where he was identified as a scripter, such as Wildcat and Green Lantern, and in contrast to the credits for features by the same publisher, such as Superman, where writer Jerry Siegel and artist Joe Shuster both received credit throughout the time they produced.

Finger was a fastidious and sluggish writer, prompting editor Whitney Ellsworth to "suggest" Kane replace him. Meanwhile, Gardner Fox provided screenplays introducing the utility belt, the Bat-Gyro/plane, and the Batarang. Finger is credited with naming Gotham City and creating or co-creating the Batmobile and Batcave. His stories were notable for their use of gigantic props including magnified pennies, sewing machines and typewriters.

A "Cartoon-Noir" was created by combining inspirations from pulp magazines, comic strips, film noir, and slapstick comedy teams like the Marx Brothers and the Three Stooges. Finger eventually left Kane's studio to work directly for DC Comics, where he continued to script Batman and other characters.

The Batman comic series has reportedly sold 484 million copies. Not surprising considering so many people are avid collectors. 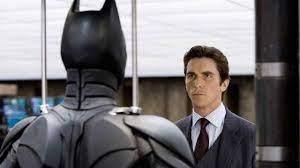 The actual Batman is Bruce Wayne, the son of influential citizens of Gotham City and owners of the massive Wayne Corporation, Dr. Thomas Wayne and Martha Wayne. Bruce Wayne dresses up as a socialite while running a crime-fighting operation from a hidden site beneath Wayne Mansion. 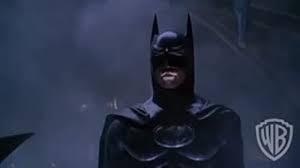 Batman made a comeback in 1989 with Tim Burton's Batman. In the mid-80s, Warner Bros, DC Comics' parent company, negotiated with Tim Burton, who agreed to develop a Batman movie based on the character's evolution.

Michael Keaton was cast as Batman in 1986, and his performance was enough to win over even the most dubious admirers. The film's major opponent was Jack Nicholson's Joker, and Bruce Wayne's romantic companion was Kim Basinger's Vicki Vale. The movie was a smash hit because it was greatly anticipated and the press fueled the fire. With Burton's dark Batman living in a dark world, Batman gained fresh mainstream media prominence.

The film's success allowed Burton to direct "Batman Returns," which introduced new characters from the Batman mythos. Danny DeVito played Penguin and Michelle Pfeiffer played Catwoman. The movie, while equally as popular as the first, polarised the public, with some calling it darker and others calling it lighter. Warner chose Joel Schumacher to make the new Batman pictures, therefore Burton was not summoned to direct the third feature in the trilogy.

Batman Forever and Batman and Robin

Unlike Burton's films, Joel Schumacher's films focused on the lighter side of Batman, with gadgets, costumes, automobiles, and colorful enemies. Despite Keaton's departure, the franchise continued with Val Kilmer as Batman in "Batman Forever" and George Clooney as Batman in "Batman and Robin". In "Batman Forever," Jim Carrey and Tommy Lee Jones played the Riddler and Two-Face, respectively, while Arnold Schwarzenegger and Uma Thurman played Mister Freeze and Poison Ivy. The decrease in the quality of the movie caused Warner to cancel any further intentions to continue the franchise.

After a slew of increasingly cartoonish film adaptations, Christopher Nolan resurrected the property with a trilogy. Batman Begins starred Christian Bale as the Dark Knight in 2005. The film's major adversaries were Cillian Murphy's Scarecrow and Liam Neeson's Ra's al Ghul. Batman Begins was the superhero's fifth live-action picture since 1989, and a reboot of the franchise. Based on the comic book narrative Batman: Year One, the film tells the character's initial encounter with crime in Gotham. An intensely gloomy picture about a character's inner conflict between justice and retribution. Critics and fans alike lauded it as the greatest of the series, praising Bale's performance.

The Dark Knight, released in 2008, is a sequel. Batman meets Heath Ledger's Joker and Aaron Eckhart's Two-Face. Many consider The Dark Knight to be the best superhero film ever made, largely due to Ledger's superb portrayal as the Joker. The Dark Knight Rises stars Tom Hardy as Bane. The film, based on the legendary comic arcs Batman: Knightfall and No Man's Land, failed to match its predecessors' success. Regardless, the picture was a commercial success, and it ended Bale and Nolan's Dark Knight collaboration.

Check out the most up to date highest-grossing batman movie here. 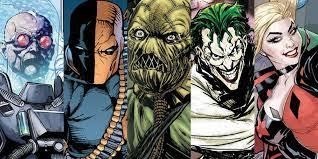 Two-Face Harvey Dent used to be a District Attorney until he was severely injured in a car accident. He likes duality and makes decisions by tossing a coin. He's a planner, therefore we don't see him much onstage. Although he is one of Batman's most infamous villains, he lacks the caped crusader's signature back and forth.

Most will never forget the scene in Batman Returns where Penguin bites a man's nose. Unlike most of Gotham's terrible villains, Oswald Cobblepot is a rational gangster. He prefers a life of crime and fortune, thus he utilizes martial arts and an umbrella as a Swiss knife.

The Master of Fear is a formidable foe. Jonathan Crane was a chemistry professor who experimented with anxieties and phobias, creating a fear toxin that causes his victims nightmares. The Scarecrow's relationship with Batman is more convoluted, as the caped crusader is the one thing he fears.

Like no other enemy, Edward Nigma tests Batman. His intellect is enough to overcome the Bat's supernatural powers. His sole legitimate antagonist was the caped crusader, and his ambition got the better of him. He's undoubtedly Batman's smartest foe. His riddles and puzzles show the caped crusader's detective side, which is rarely shown.

You'd think the man who fractured the Bat's spine would be higher. Despite his cunning and power, Bane is always a physical problem for Batman, putting him in third position. He is still a deadly villain due to his scientific knowledge and multilingualism. No mindless muscle, he's one of the biggest threats Batman faces in Gotham.

Selina Kyle has always been with Batman. She debuted as “The Cat” in the first issue and has been the caped crusader's antiheroine ever since. She lacks supernatural powers, but her cunning and whip make her a worthy opponent. Also, being one of the more morally ambiguous characters makes her stand out. Catwoman doesn't do bad things just to be bad. Her tumultuous love-hate relationship with Batman adds to the intrigue. She's like Batman's Doug Judy; she always escapes when she helps him.

Unsurprisingly, The Joker is Batman's favourite villain. I mean, The LEGO Batman Movie? He's the Dark Knight's arch-nemesis, and we adore seeing him at work (with some exceptions). Insanely unpredictable and psychopathic, The Joker can influence individuals to carry out his insane objectives. Even his genesis narrative is murky, and he changes it every time. The Joker has been around since issue #1, and he'll probably be there to fight Batman until the end.

Batman has been around for over 80 years and his popularity is still going strong. He’s an enduring pop culture icon with a complex, intriguing backstory that continues to fascinate fans of all ages. Whether you’re a hardcore Bat-fan or just getting started, we hope this ultimate guide has helped you learn more about the Dark Knight. Thanks for reading!