/ Comic Resource Guides & Articles / What Are Back Issue Comics and What Should You Look For?

What Are Back Issue Comics and What Should You Look For? 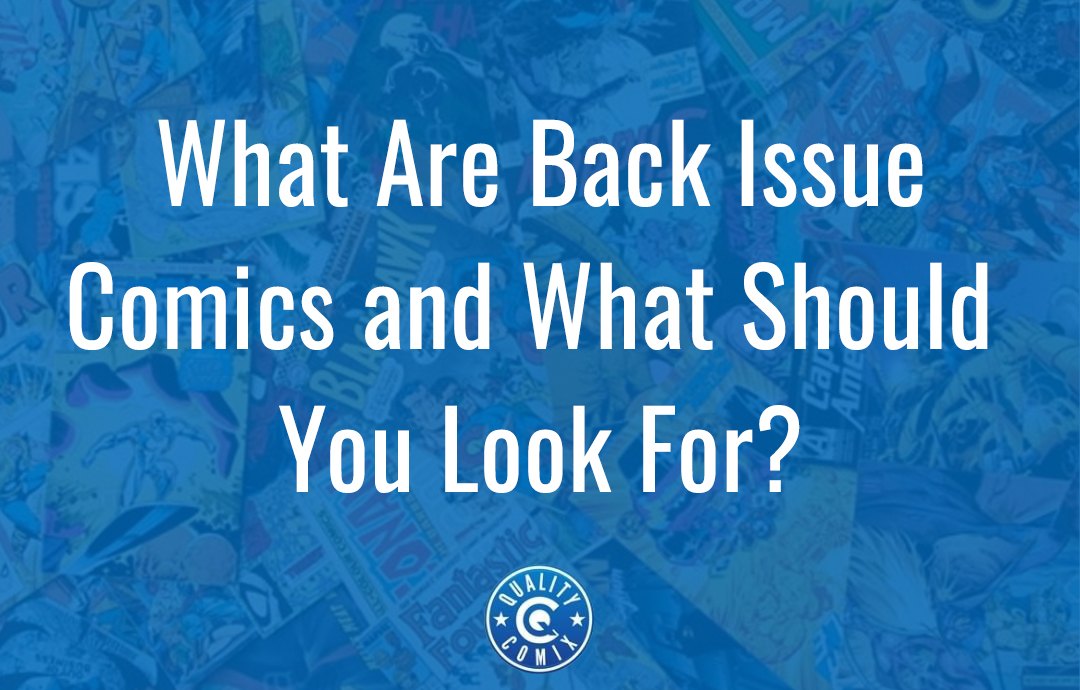 When collecting comics, many different terms are thrown around, some of which you may know and others you may not. One such term is "back issues," which can be relevant to comic collecting.

So, what does it mean, and what can you do to ensure you aren't missing valuable back issues of comics?

What Does "Back Issues" Mean?

Back issues are any issues of a comic that aren't new.

The specific definition can vary from location to location, but the broad strokes hold true. Comic stores typically have minimal space to display comics for sale, and that space, like on a newsstand, goes to the newest and most potentially popular issues.

Let's use an example that is currently releasing as this post is being written. A new series, X-Treme X-Men, was just launched.

Currently, issue #1 of that series is the newsstand issue. It's not a back issue because it's the most recent one to be published.

After Christmas, issue #2 will be published in a few weeks. When that happens, issue #1 will be considered a back issue. Assuming it hasn't sold out, you can still find it in the store. You can also browse even older back issues.

While many will define "back issue" as anything older than a month, that's not always true. For example, the comic Saga publishes on an irregular schedule. Issue #60 was published in July of 2022, but it's still the most current issue and not a back issue. Issue #61 doesn't release until January of 2023 (at which point #60 will become a back issue.) 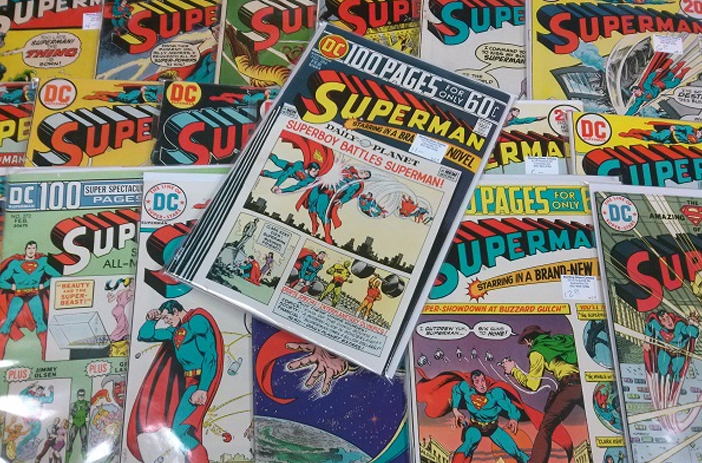 Back-issue comics are an excellent way for collectors to get their hands on hard-to-find titles and issues, as well as rare and vintage comics. While you can find new issues in comic book stores and online retailers, back issues may only be available through select specialty shops, private sellers, and online auctions.

When looking for back-issue comics, keeping an eye out for a few key elements is essential:

Ultimately, back-issue comics are an exciting way for collectors to find rare and unique items for their collections. With some research and knowledge about what to look for, you can find some fantastic pieces for your collection.

Are Back Issues Controversial?

There's a little drama in the comics industry over back issues.

Consider this: when you browse a bookstore or the magazine racks at the local grocery, you see the current issues of various magazines, whether Time, People, or the National Enquirer. It's always the most recent issue, and you can't shuffle around and find those magazines' previous or back issues.

It had to do with a split in the markets decades ago and a change in how comics are treated compared to other regular publications.

When a magazine goes to store shelves, the distributor is responsible for it, under the publisher's purview.

The latest issue is there on the shelves, ready to be purchased. When a new issue comes out, the distributor removes the old issue, replacing it with the new one.

What happens to the old issues? Mostly, they are shipped back to the distributor or publisher, where they are then destroyed or recycled. Back issues of magazines are "rare" because many of them are destroyed. 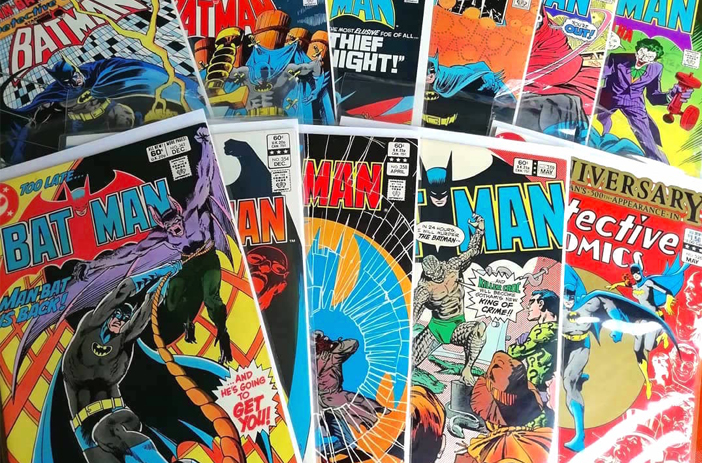 Side note: why aren't they expensive, then? Two reasons.

Here's a fun fact: decades ago, businesses handled comics similarly. Comics were shipped to newsstands to sell. Older issues were shipped back to the distributors to be destroyed or recycled when a new issue came out.

This phenomenon is why many golden-age comics are so rare. They weren't thought to have value beyond their cover price, so most of them were read, enjoyed, sold, used as coloring pages for kids, and otherwise discarded. Some were returned and destroyed. Oh, to be able to predict the future in the 60s!

Eventually, this changed in the comics industry in a way that it didn't in the magazine industry.

Comic distributors stopped accepting returns; at first, they shifted to having just the covers returned as proof that the comics were destroyed (and to reimburse the comic shop for the lost revenue from the purchased product they couldn't sell). Eventually, they simply stopped returns altogether.

This is actually a burden on many modern comic stores. Speculation on comics – people buying collections, people collecting lines of characters or specific series or artists or writers, and so on – led to back issues becoming generally more valuable. Publishers, in turn, attempted to weaponize this through collectors' editions, variant covers, and massive publication schedules, making it impossible to collect everything, and most of it has little value.

Still, comic stores need to buy everything they think they can sell and carefully balance order volumes with expected sales.

This phenomenon is why you'll often find that less popular comics have plenty of back issues available. More popular comics don't have any on the shelves; the comic shop or vendor didn't get their predictions right.

Are Back Issues More Valuable?

Are back issues more valuable than current issues? Yes and no.

In general, you can say that back issues are more valuable simply because all of the most valuable comics in the world are back issues. That's not really accurate, though; those comics aren't valuable because they're back issues. Being back issues doesn't have any impact on their value.

Back issues can be more valuable than current issues in cases where they're unexpectedly popular and thus harder to find. Maybe people really like a new character or event and bought in at record numbers.

Maybe a new character was introduced, and people are speculating on their introduction being a key issue. Whatever the case, the comic that normally sells for a few bucks is now selling for $50 or $100, or $200 online because it's scarce and hard to find. 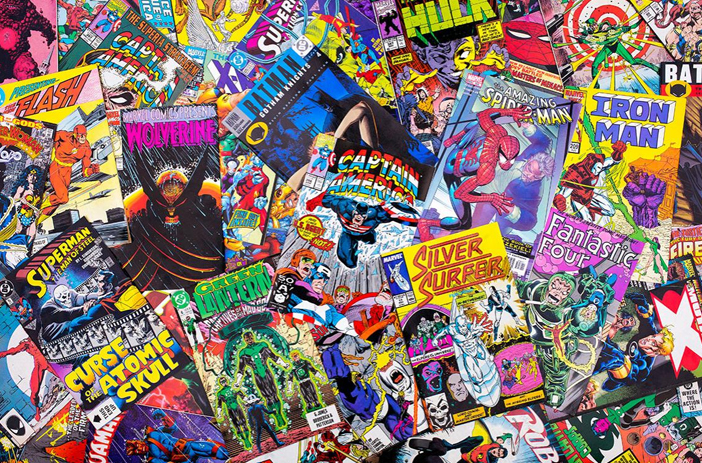 Most of the time, this value is not retained. If you wait a few months or a couple of years, the price will fall as demand drops and supply increases. You'll eventually be able to find the comic in dollar bins or in the usual back issue boxes for that series, maybe at a slight premium, or maybe not.

Now and then, a valuable back issue will crop up. These tend to also be key issues or are noteworthy in some way, such as having a cover illustrated by a popular artist. Alternatively, some artificial or coincidental reason makes them scarce and more valuable, like supply line issues leading to low supply or artificially-limited print runs.

Another source of more valuable back issues comes from indie and non-standard publishers. Big companies like Marvel and DC are old hands at publishing on a mass scale, but smaller imprints and self-published comics (for example, indie artists publishing their own work via Kickstarter) can lead to suddenly-popular comics with vastly limited back issue stock. After all, if a comic gets popular around issue #5, and the only source of issue #1 was a Kickstarter from three years ago, it can be pretty hard to find!

Where Can You Find Back Issues to Buy?

If you're looking to complete a collection of a series, character, or another group of comics, chances are you will be hunting down back issues. So, where can you find back issues to buy? 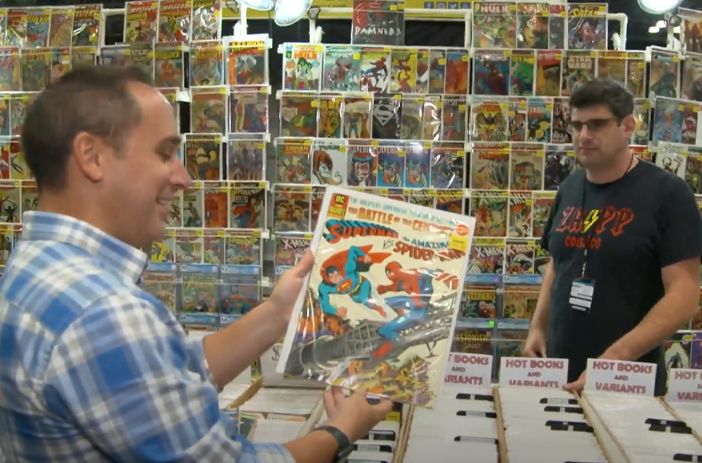 Unfortunately, this can vary depending on what you're looking for, how indie they are, and how rare or valuable they may be.

There are plenty of comic vendors with online sales platforms where you can browse their library or any comics they have on sale on consignment. You can also check eBay, the world's largest go-to online auction site, and find pretty much anything you could possibly want.

What to Look For in Back Issues

If you're buying back issues, it can be valuable to know what to look for.

First, decide why you're buying back issues. Are you buying valuable books in hopes that they increase in value over time, speculating that you can resell them for more down the line? Are you just a fan of a particular character and want to collect the books they've been in? Are you trying to buy comics you remember reading as a kid and have nostalgia for? 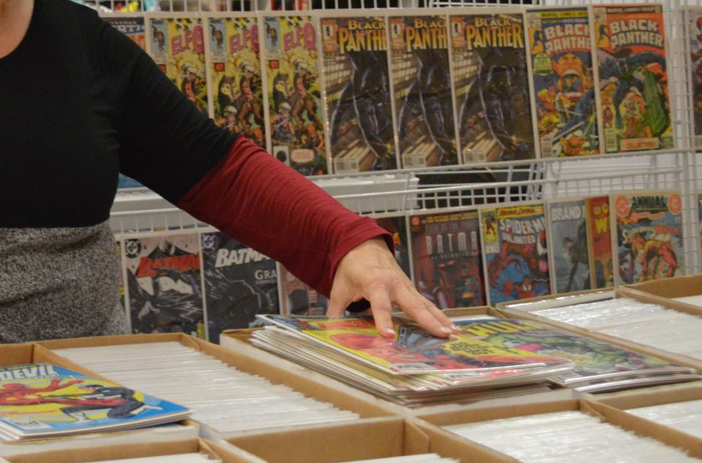 Each of these will have different considerations in terms of what to look for, but there are some general tips you'll want to keep in mind.

If you have questions or want to buy some quality comics, you've come to the right place. We love chatting about everything comics, so drop us a line or browse our store to see if there's anything you'd want to pick up.

If you have back issue comics that you'd want to sell, get in touch with us and let us know what you have! After sending us some pictures, we'll make you a cash offer. Even if you decide not to sell it right away, it's still helpful to get a free valuation and to know what your comics are worth.