Old Comic Books: How Much Does Age Matter for Value? 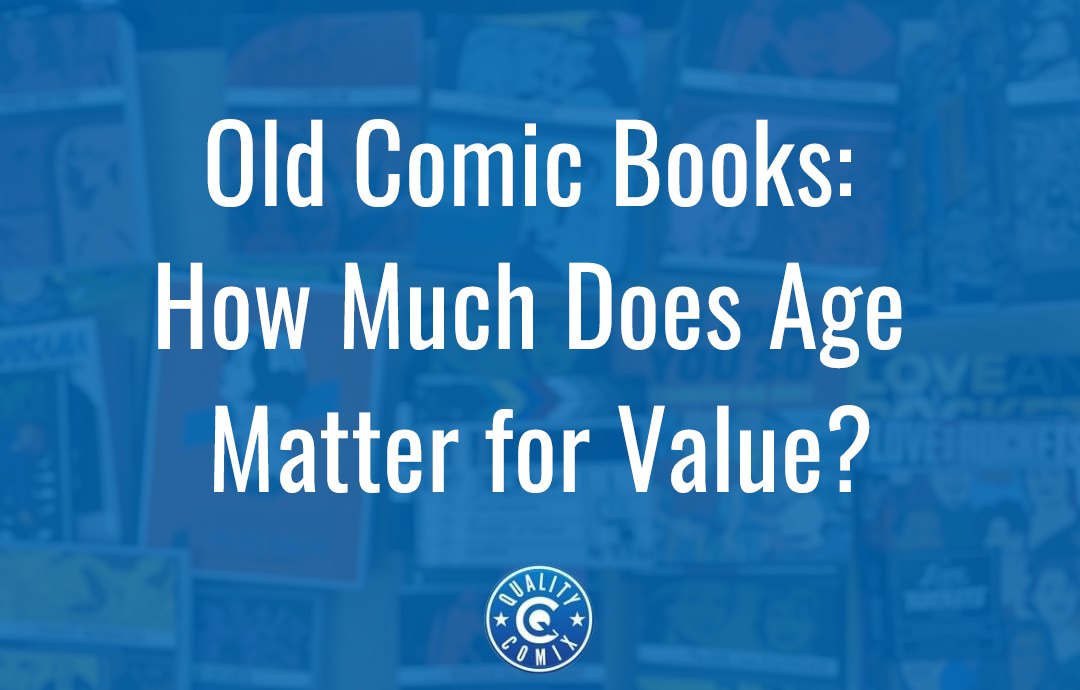 Many of us have a mind for older items such as collectibles. We’ve seen bottles dug out of the ground sell for hundreds, antiques from grandma’s attic worth thousands, and the rare vintage collectible sell at auction for millions. But does that apply across the board, and especially to comics? How much does age matter to comic books in terms of value?

To dig into this, it’s worth discussing the various eras of comics because the change in era tends to accompany a difference in the value of the books within that era. So, let’s start at the oldest eras and work our way to the present.

This era is one of the more contentious ages for comics, mainly because there’s some dispute about whether or not what’s in this age is even considered a comic. Many of the “comics” in this era are not sequential storytelling.

They’re more often like modern image macros, captioned images to tell a joke or comment on noteworthy figures of the time. The few more sequential stories there were aren’t books, just small sequences of events.

Pre-Victorian comic books date back to the early 1800s, with publications such as The Adventures of Obadiah Oldbuck, widely considered the first-ever comic book, released in 1842. Other pre-Victorian titles include The Little Nemo by Winsor McCay, published in 1905, and Little Lulu, published in 1935. These rare titles can fetch a hefty price on the collector's market.

Victorian-era comic books followed closely after Pre-Victorian titles. Titles from this period include The Yellow Kid, published in 1895, and Little Orphan Annie, published in 1924.   The Victorian and pre-Victorian eras are comics and comic-adjacent media from before 1897.

As such, they’re often very rare to find in any condition, let alone good condition. When discovered, they’re often left in museums, though they are also occasionally found in libraries. 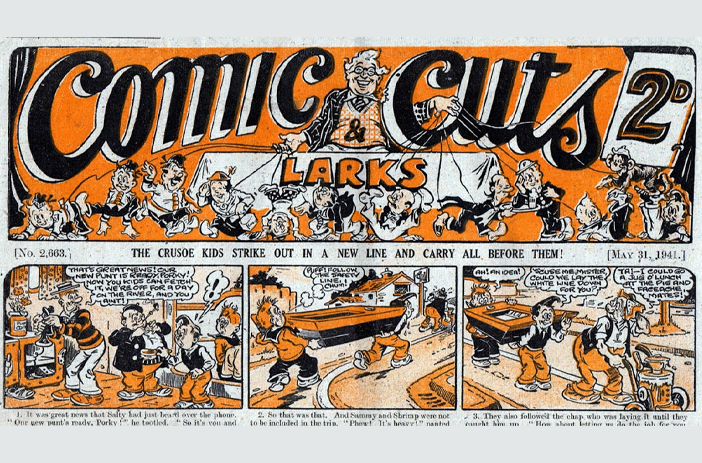 Victorian-age comics are a prime illustration that age isn’t necessarily the sole driving factor in value.

We all know Action Comics #1 as the most valuable comic out there, and it’s far from the oldest comic.

Meanwhile, old comics like The Adventures of Obediah Oldbuck don’t fetch much of a premium.

There are three additional factors beyond the age at play here.

Conversely, newsstand comics were considered disposable entertainment. You might pick one up for your kids or pick one up on the way home from work to read for a moment of entertainment and discard it when you are through. Many comics in later eras were even part of recycling programs to have them returned, decreasing available supply, but that’s a story for another section.

Platinum Age comics are comics published in the era when comics could be said to be invented in their modern form, though they still wouldn’t be recognizable the way we think of comics today. This era ranges from 1897 to 1938 and is when you see full-page newspaper comics, sequential storytelling, and recurring characters appearing more often.

These were still generally inclusions in other media like newspapers, rather than stand-alone comic books, though.

Platinum is where interest starts to build in comics, and stories like The Yellow Kid start to appear.

You also see the introduction of Mickey Mouse, the now-beloved mascot of Disney and their media empire, so clearly, they were doing something right back then. 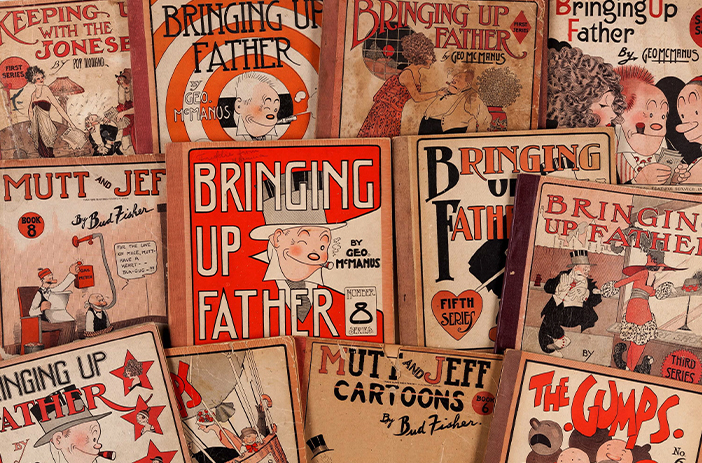 Of course, the popularity of a character doesn’t necessarily lead to value in a book. That Mickey Mouse book only had a print run of around 50,000 copies, but you can find (somewhat beat up) copies online for less than the price of an excellent modern hardback.

Similarly, a graded run of nine issues of The Yellow Kid (in rough condition) auctioned off for a bit over $20,000. That’s a lot of money for some beat-up 100-year-old comics, but it’s still nowhere near the same order of magnitude as that ever-popular Action Comics #1.

However, just because a comic book is from the Platinum Age doesn't mean it will be worth a fortune. In addition to age, condition is an important factor to consider when assessing the value of any comic book. While a comic book from the Platinum Age can be extremely valuable in pristine condition, books with missing pages or significant wear and tear can significantly reduce its value.

Golden Age is when basically everything we know about comics today was being developed.

Stand-alone books sold at newsstands, rapid introductions of new characters left and right, and – oh yeah – superheroes. This era ran from 1938 to 1956, give or take a few years, depending on who you ask.

The idea of an archetypical heroic character is nothing new. Look hundreds or thousands of years back, and you can find characters like Gilgamesh, Heracles, and many more. In many ways, they can even be considered superheroes, even if the term didn’t exist until the 30s. 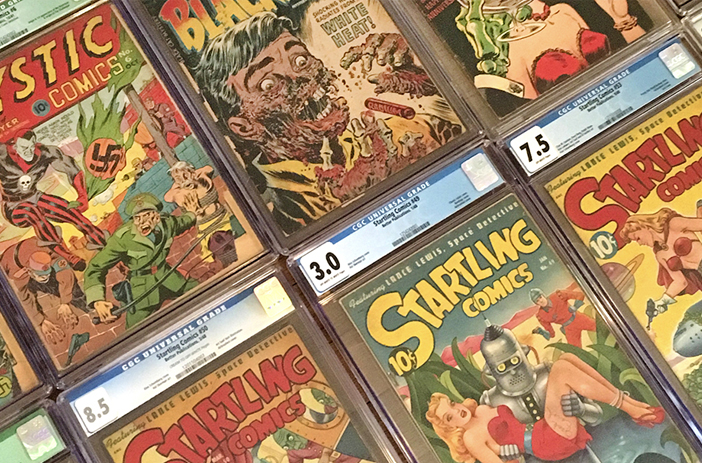 The 1940s, of course, is when the war took center stage. It had a significant impact on media and comics in particular. It was formative for an entire generation, as global events always are. At the time, comics were cheap, at 10 cents for a copy, and tended to be produced rather widely. Nothing like our modern printing and distribution, but quite impressively for the time.

Golden Age is the height of comic value. Action Comics #1 skews the average by selling for millions of dollars (more than once!), but there are other comics with similar values in this era.

Most, but not all, of the most valuable comics ever sold, were printed in this era. Of course, there are just as many non-key issues in these lines that don’t have six zeroes attached to their prices. Batman #2 tends to sell for a tenth of the cost of Batman #1, for example.

The Silver Age was from 1956 to 1970, and it was dominated by the Comics Code restricting the kinds of stories that could be told and, thus, the variety of comics that the big publishers produced. Many of the best comic books in this era are counterculture or underground comics, which means they’re exceptionally hard to find.

Of course, another superhero comic in this era is the most valuable comic. Amazing Fantasy #15, the first appearance of Spider-Man, has sold for over a million dollars. Similarly, X-Men #1 has sold for half a million. 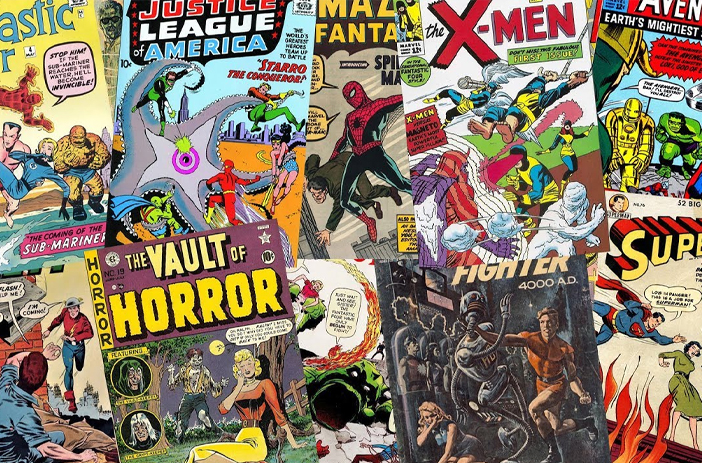 Silver Age is where many characters started to prove they stood the test of time, while many companies began producing as many new characters as they could to see if they could replicate the success of the greats. Some stuck around; others didn’t.

This time is also the downhill slope on comic prices, at least as we can view them today. Where prime comics from Golden and Silver ages can fetch six figures, and many notable but non-key issues from the era can fetch five digits, you’re also starting to see more and more bulk that won’t sell for more than a few hundred.

The Bronze Age is generally defined as 1970 to 1985, and it’s the consolidation, implosion, and reconfiguration of the giants like Marvel and DC. Many comics start to be produced just as a shot in the dark to try to make the next big hit, and many more are produced to sell toys.

Newsstand comics are getting shorter and priced higher, more adult content is starting to appear, and a ton of drama and politics happen behind the scenes. 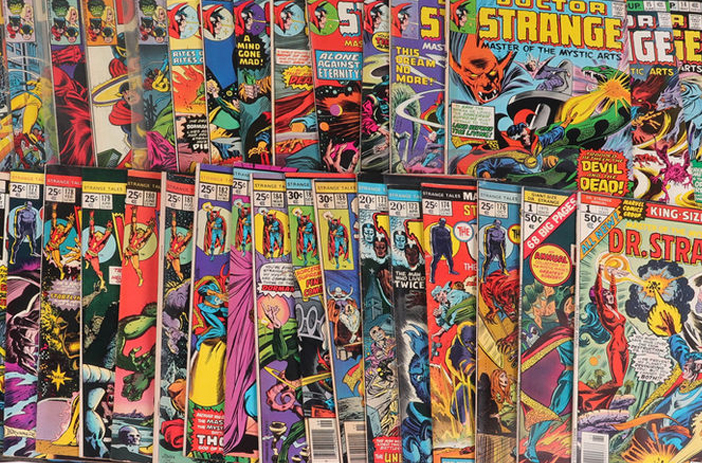 As far as comic value is concerned, the top-tier Bronze Age comics almost come close to the heights of the top-tier Silver; you see comics selling for $250k or $100k, but not much beyond that. Meanwhile, there’s a ton of bulk, and the “average” bronze age comic is unlikely to sell for more than a hundred or so, or a few thousand if it’s noteworthy in some way. Most of the best Bronze Age comics can sell in the $10,000 to $40,000 range.

These are some of the comics with the most potential to explode in value in the coming years as interest in collectibles renews and a new generation of collectors (with new nostalgia) enters the market. Of course, at the same time, the old greats are steadily increasing in value.

Modern comics (anything after 1985) show that age does matter for value, but it’s not entirely because of age.

Rather, the perfect storm of combining factors leads to the mass devaluation of everything collectible.

Advancements in marketing and production mean that everything is mass-produced. Many of the most valuable older comics are valuable partly because they’re rare, not just because they’re old. Back then, a print run for a comic could have been 50,000 copies or less. Meanwhile, comics are produced in the millions, tens of millions of copies today. 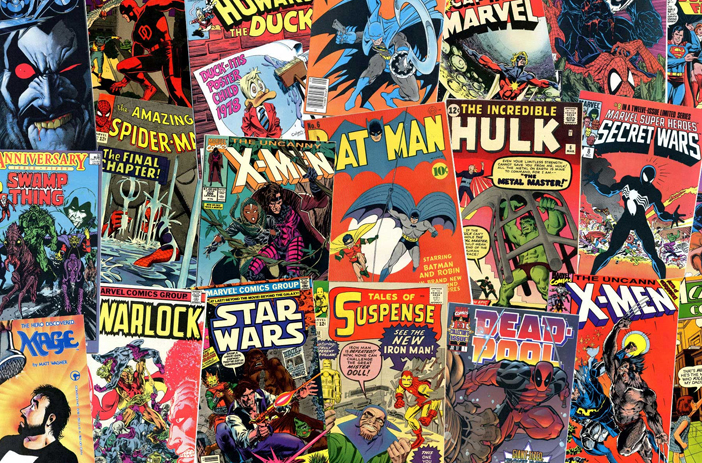 At the same time, companies were (and still are) flailing for attachment to their audiences.

Companies start up on nostalgia bait, to mixed success. Every now and then, something catches on, like early Beanie Babies or the earliest Magic the Gathering cards. Still, subsequent market saturation means only the earliest and most limited collectibles can retain their value. The most valuable comics in this era still “only” sell for $30,000 or so.

You also have the collector effect. Many people who are collectors now have seen stories of people finding their parents’ collections and uncovering $100k or $1m comics in the stack. They want to replicate the same thing, so they buy up collections more or less indiscriminately, hoping something in that collection will sell for retirement money in 30 years. Of course, the companies love printing “limited edition” issues and over-hyped products in the millions to take advantage of this.

This is why most modern comic collections aren’t really worth all that much. Noteworthy key issues might be worth a few hundred dollars, but the average bulk comics are only worth $5 or $10 each if that. Anything printed after 2000 is likely even less; the $1 or $2 bulk bin fillers.

Age matters; that much is indisputable. However, it’s just one of many factors. More than that, though, age is just a general indicator of a price range. Older comics tend to be more valuable on average, but that’s because it’s the era when comics were in short supply, even fewer have survived to now, and many of the most popular characters today were introduced.

The scarcity and popularity of characters and key issues are really the more important factors. Key issues – the issues that have the debuts of characters or particularly noteworthy events in a storyline – hold the most value—the more noteworthy the events or characters, the more value they hold. 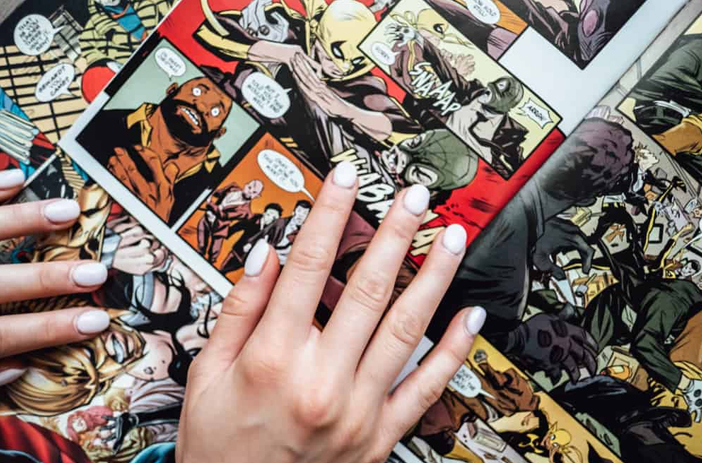 Are you curious about what your comic collection might be worth? You can find out many ways, from using mobile apps to spot-checking issues from eBay auctions, but one of the easiest ways is to write up a list of what you have, snap a few pictures, and drop us a line!

We specialize in high-value comics, and our experienced appraisers know how to tell what you have at a glance. We can help evaluate your collection, appraise anything noteworthy, and even facilitate selling them if that’s what you want to do. There’s no obligation, so reach out, and we’ll do what we can to help.