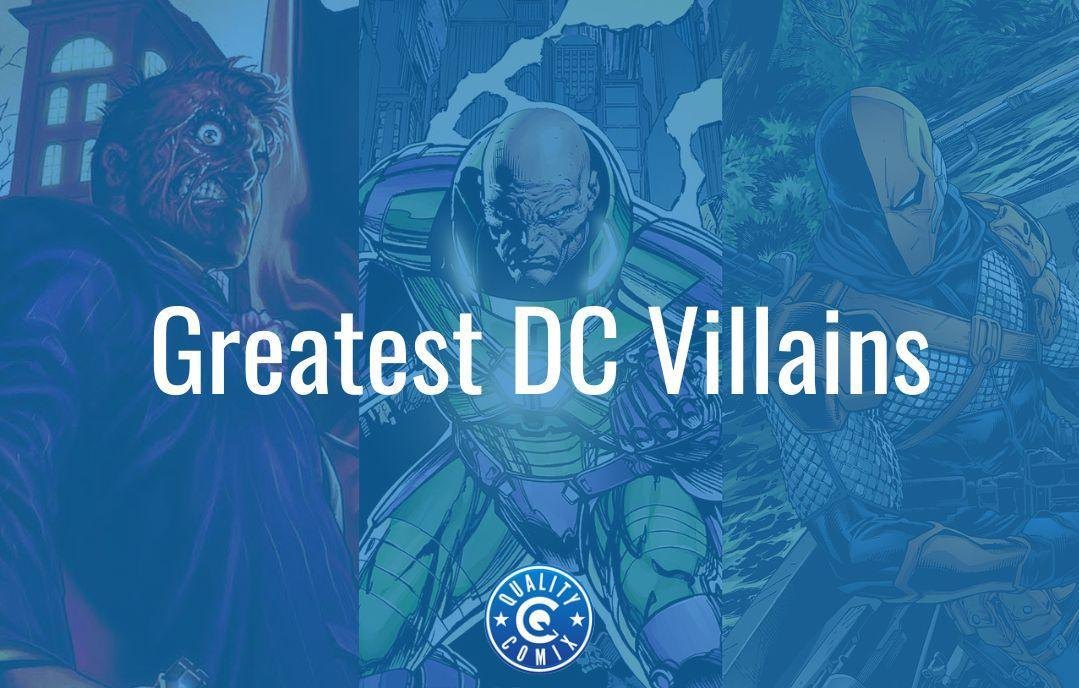 With every great hero inevitably comes a great villain. Pitting superheros against supervillains to see whether justice will prevail has proved to be, time and again, thrilling to watch play out.

These antiheros and antagonists are the people we love to hate. And, with decades of high-grade comic books to choose from, DC certainly has a fair few - admittedly, some more iconic than others.

So, without further ado, let’s check out the indisputable best DC villains of all time.

The best DC villains we just love to hate

When we’re not rooting for the “good guys”, we definitely have a love-hate relationship with some of DC’s most memorable villains. Starting with… 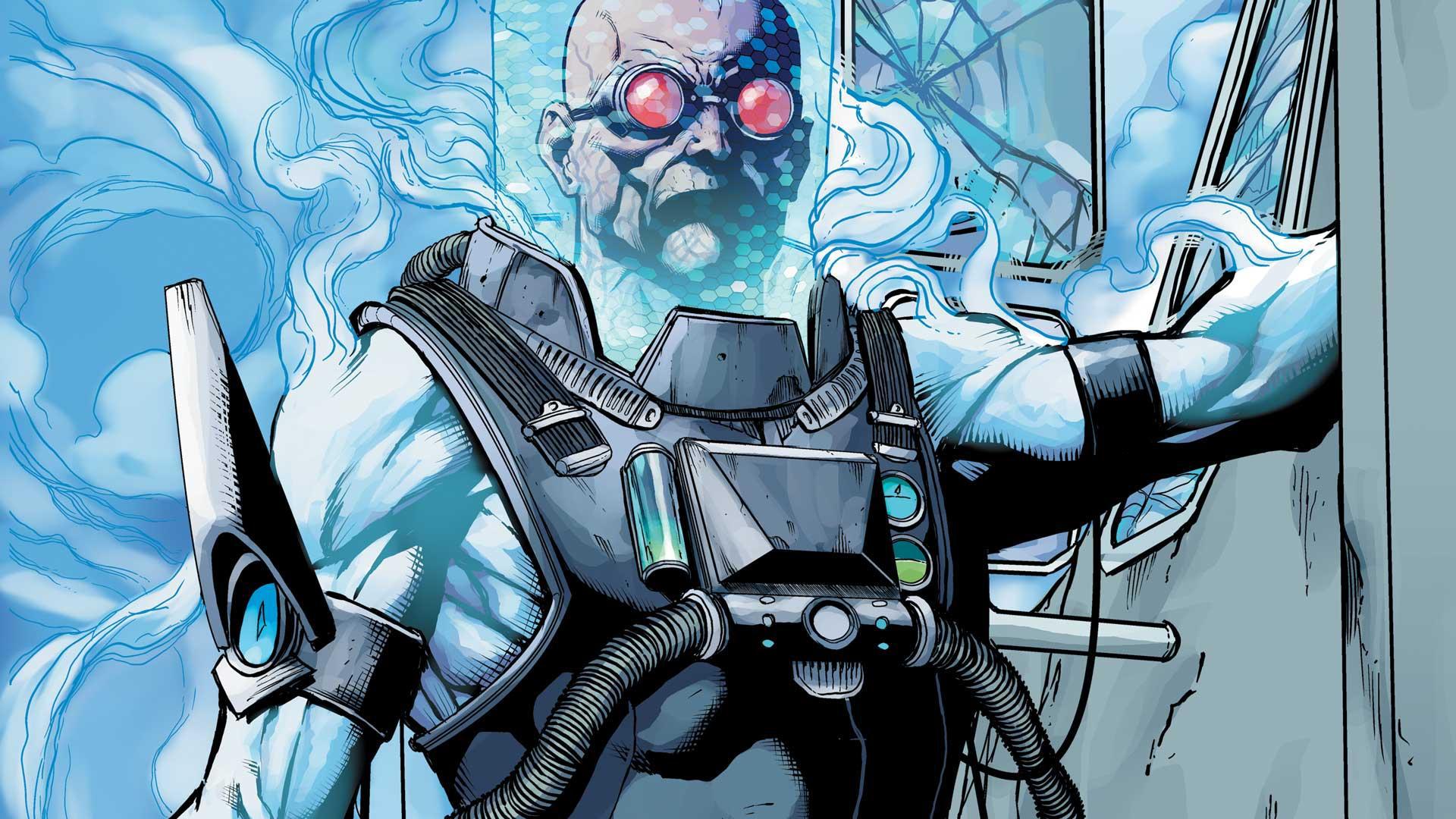 Since appearing under his original alias of Mr Zero in Batman #121 in February 1959, Mr Freeze quickly became an infamous comic book villain - and one of the very best DC villains.

Mr Freeze was a scientist who was caught in a cryogenics mishap whilst trying to cure his wife from a terminal illness. In order to survive, he is forced to wear a suit that keeps his body at sub-zero levels.

Though his main goal might be well-meaning, his methods cause him to consistently appear as a powerful enemy to Batman (Bruce Wayne). In fact, Mr Freeze is one of the most recurring of Batman’s enemies in the comic book series’, appearing numerous times throughout the decades.

Mr Freeze notably appeared as an antagonist in the Batman and Robin (1997) film, played by Arnold Schwartzengger. 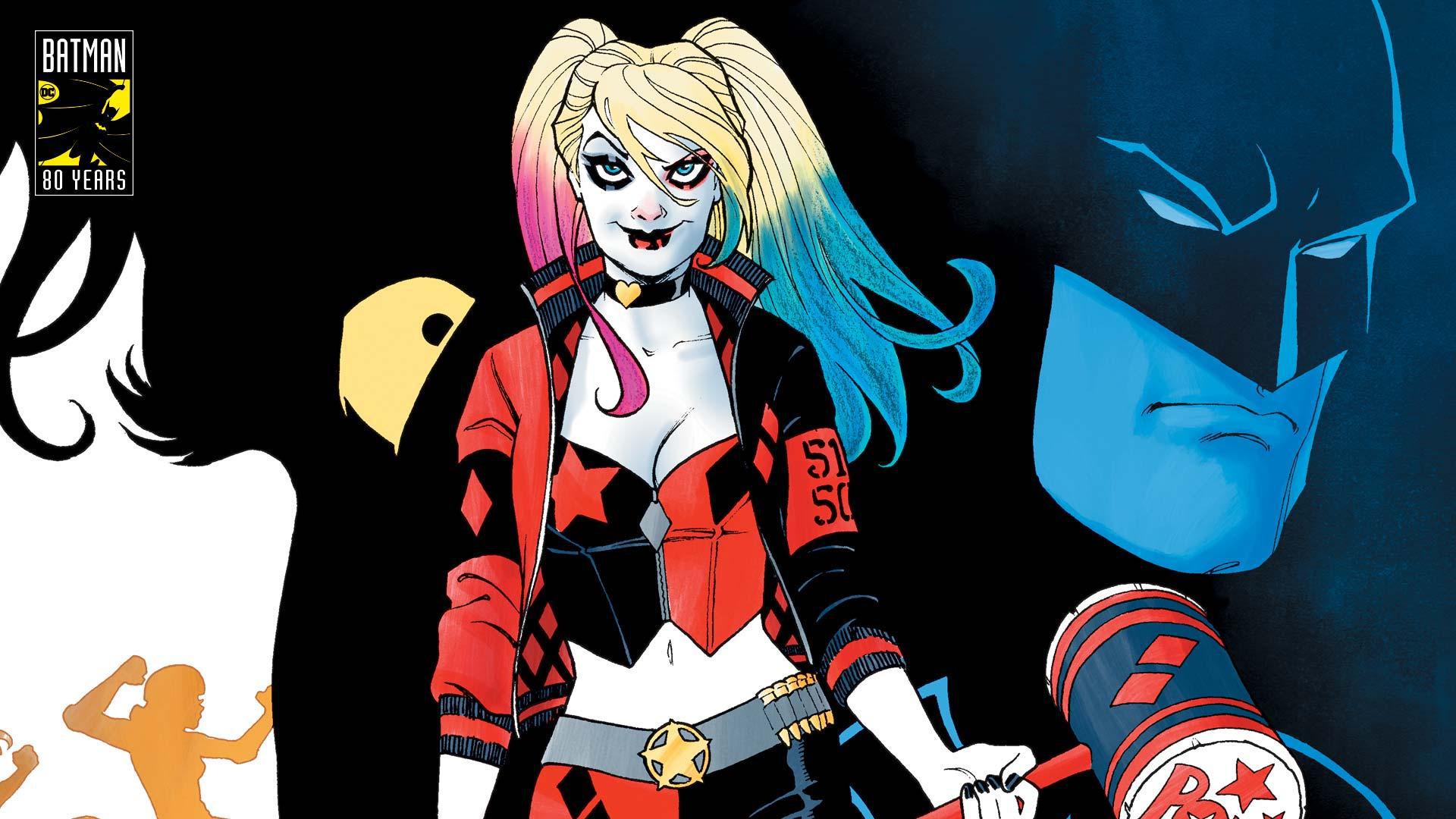 In both the DC Comics and superhero movies, Harleen Quinzel is depicted as a former psychologist at the Arkham Asylum, where she falls in love with her patient, The Joker, and takes on the identity of Harley Quinn.

Originally, the character was portrayed as the lover of The Joker. However, in recent years, Harley Quinn has escaped the toxic relationship, becoming a key member of the Suicide Squad. Harley Quinn’s character arc also involves a new love interest, Poison Ivy, which has been a great hit with LGBT+ audiences worldwide.

Though initially a rival of Batman, Harley is now more of a humorous, misunderstood antihero, as shown recently in Harley Quinn: Birds of Prey (2020), which is a rare true feel-good DC Comics movie. 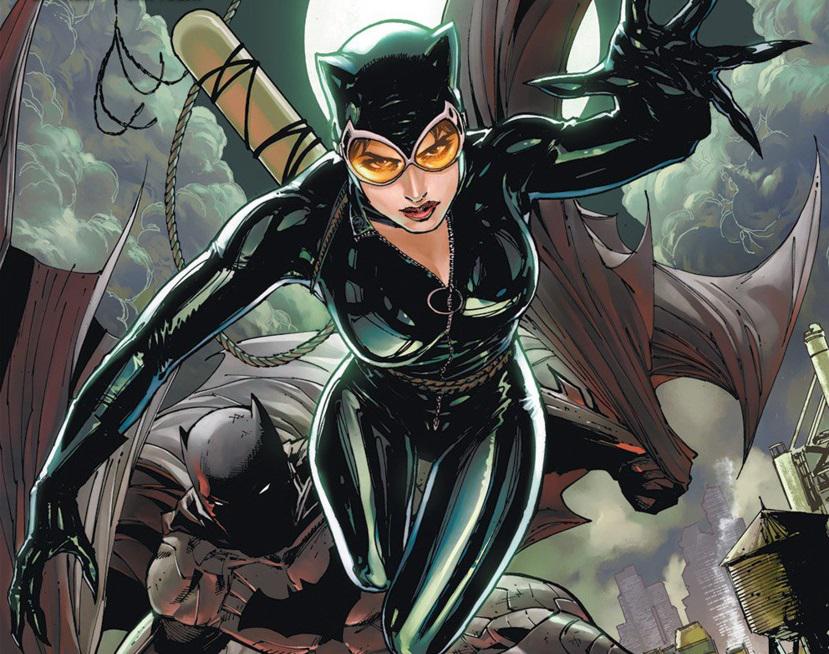 Catwoman, or Selina Kyle, is one of those iconic villains that is instantly recognizable - who doesn’t remember the show-stopping performance of Michelle Pfifer in Batman Returns (1992) after all?

Her character design was to be the archnemesis of Batman. This classic villain constantly clashes with Batman throughout the comic books ever since her first appearance in Batman #1 (spring 1940).

However, their history and love-hate becomes more blurred with the appearance of Helena Wayne/The Huntress, who is the daughter of Bruce Wayne and Selina Kyle from another universe, known as Earth II.

She is typically stylised as wearing a black latex catsuit, complete with a black bullwhip, which she uses to burgle neighborhoods of Gotham City. Catwoman is an expert burglar, gymnast, and martial artist, only ever turning to weapons in the form of retractable cat-like claps and whips. 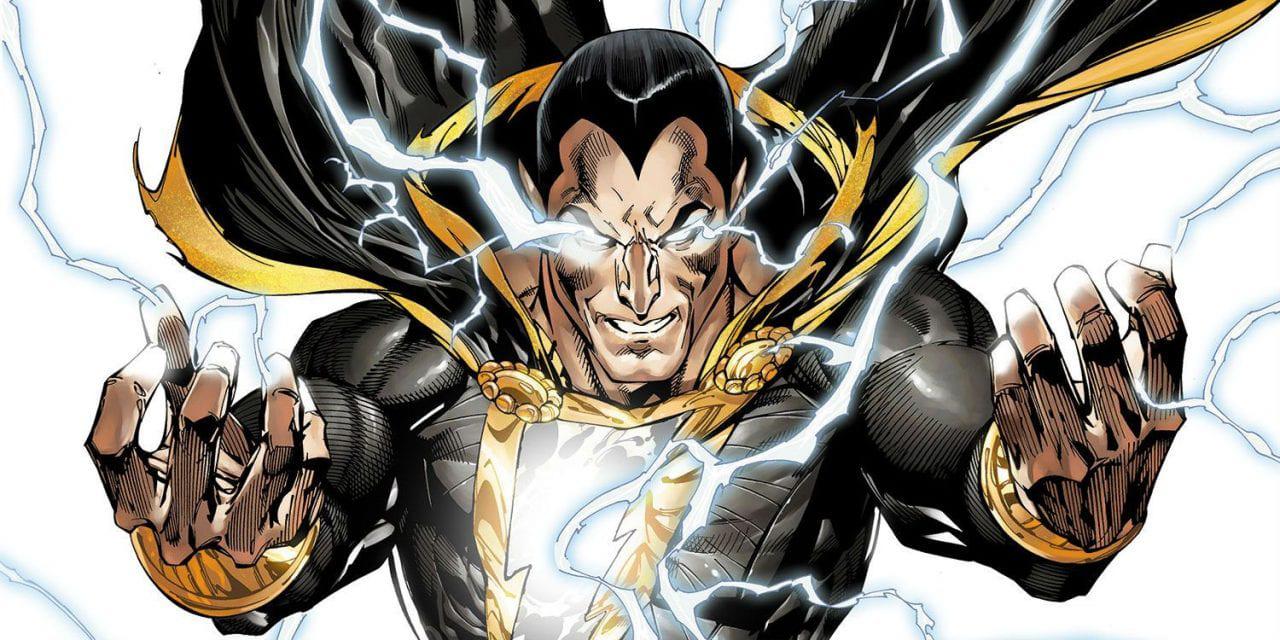 Teth- or Theo-Adam is one of the best DC villains, despite originating in Fawcett Comics in 1945. Originally, Black Adam was portrayed as a predecessor of Captain Marvel (now known as Shazam) from ancient Egypt, who came to the present as one of the powerful villains to fight the entire Marvel Family.

His powers come from the Egyptian gods - his stamina and immortality from Shu, speed from Horus, strength from Amon, intellect and clairvoyance from Zehuti, flight and control of thunder and lightning from Aten, and unshakeable courage from Mehen.

In the past couple of decades though, Black Adam has become an antihero that is simply trying to regain his reputation and have a clean slate.

Excitingly, the Black Adam film is set to be released later this year, starring Dwayne “The Rock” Johnson in the titular role, adding to the ever-expanding DC Extended Cinematic Universe.

Thaal Sinestro is the former mentor and archnemesis of the Green Lantern, otherwise known as Hal Jordan. He is stylised as a red human-like creature from the planet Korugar, who was fired from Green Lantern Corps and banished to the antimatter universe for abusing his powers. 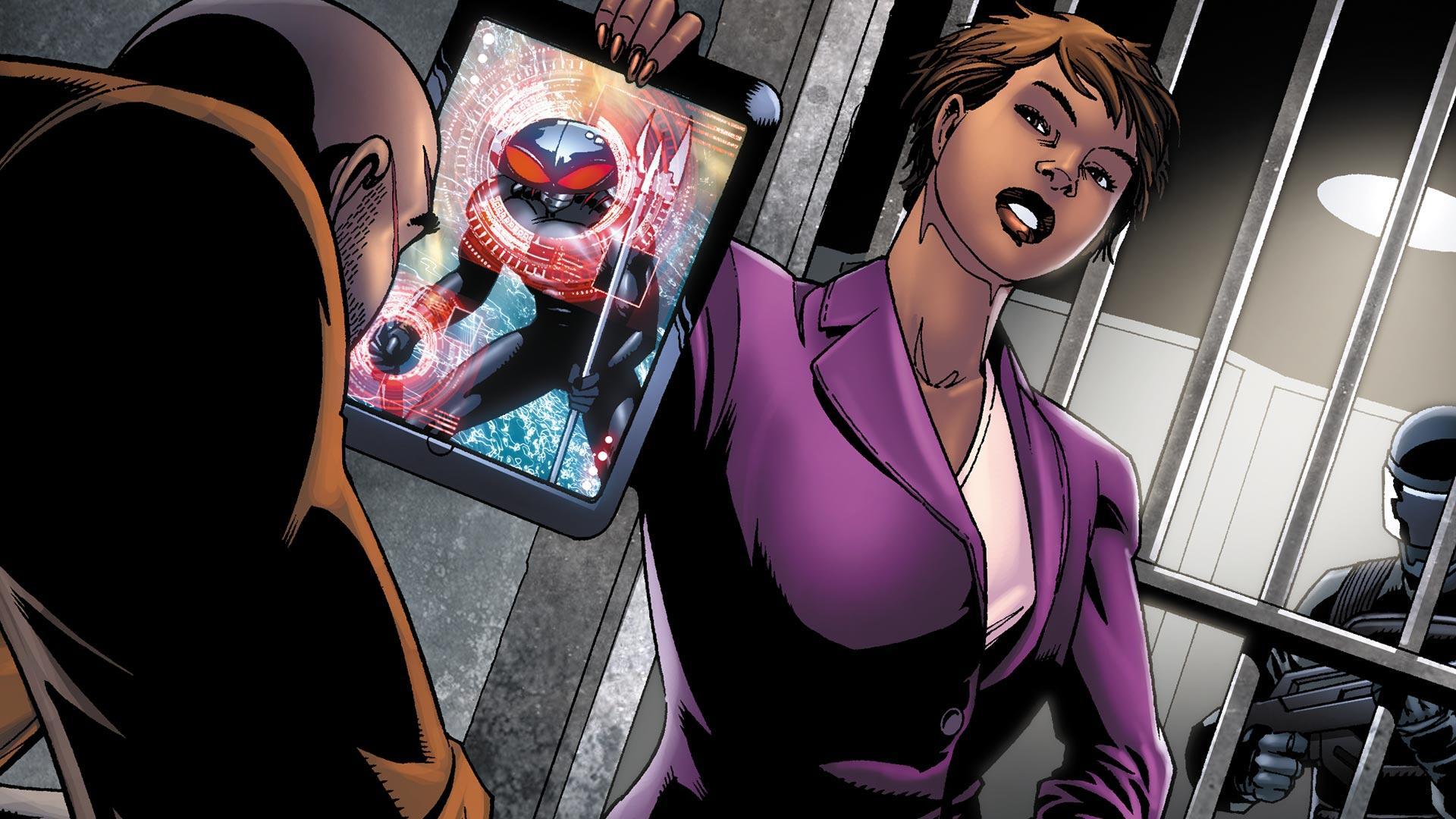 Though Waller is not like most of the other villains in that she is completely human, and supposedly on the “good side”, this does not make her any less villainous, as she represents the fear and possibility of human corruption.

Amanda Waller is most well-known for heading up the dubious A.R.G.U.S., through which she founded the original iteration of the Suicide Squad.

However, she also butts heads with Green Lantern, the Green Arrow, Superman, Dick Greyson, The Flash, and the Justice League, and at one point serves as Secretary of Metahuman Affairs when Lex Luthor is President. 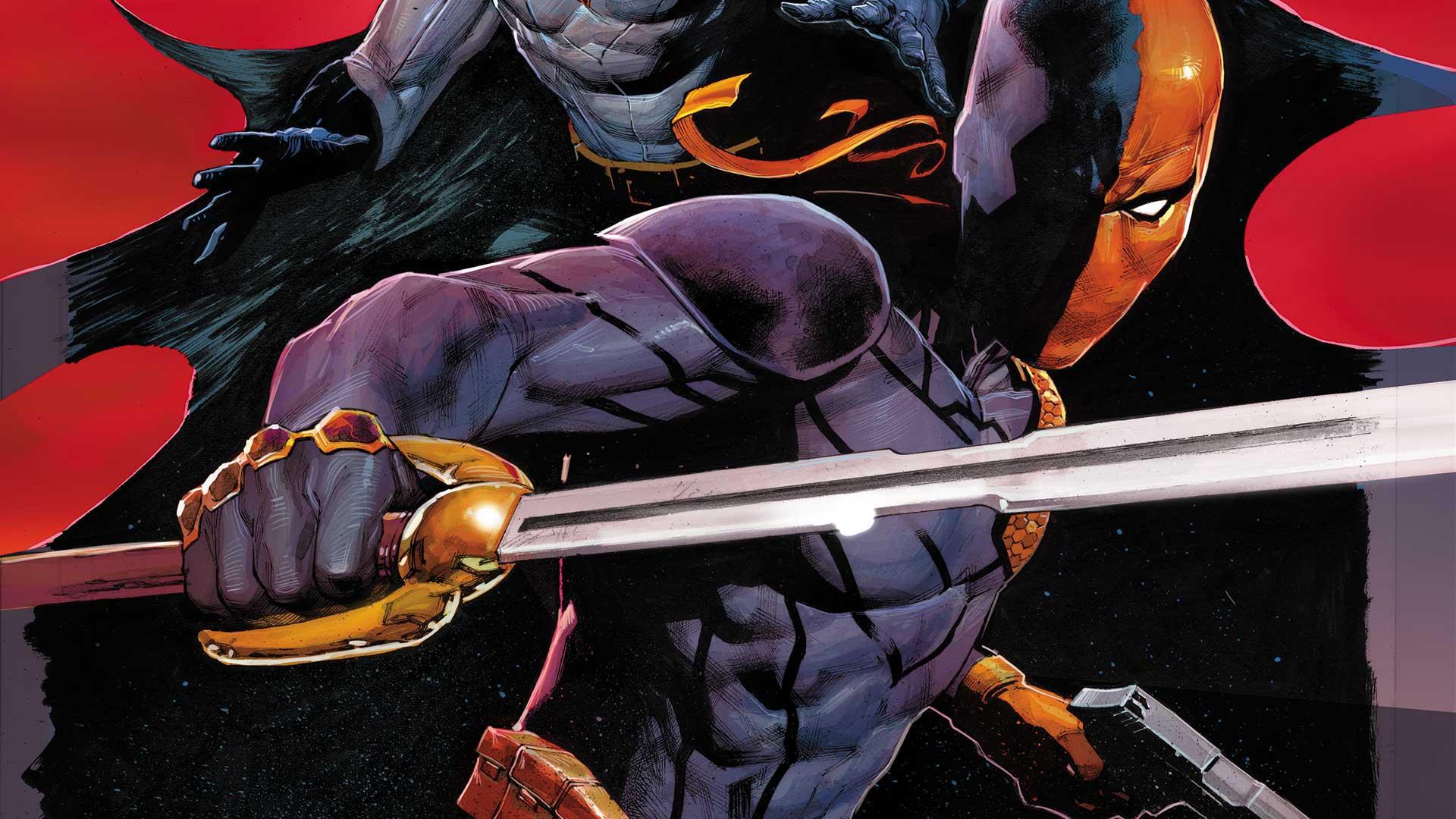 Deathstroke, Deathstroke the Terminator, or Slade Wilson is another of the best DC villains, antagonizing everyone from the Green Arrow to Dick Grayson, the Justice League to the Teen Titans.

Slade is ex-military, which gives him a mastery in tactics and strategy as well as an expertise in a variety of different martial arts and weapons. He is also skilled in psychological warfare tactics - in one particular shot against the Titans, Deathstroke manages to capture the Wally West incarnation of the Flash and brainwash him into doing his bidding.

He also boasts superhuman strength, speed, brain activity, endurance, and senses. Though not known for comic book movies, Deathstroke is a key villain in the CW’s Arrow. In this version, it is revealed that Slade was injected with a miracle drug called Mirakuru, which provided him with powers for the entire time he rampages Lian Yu and Starling City. 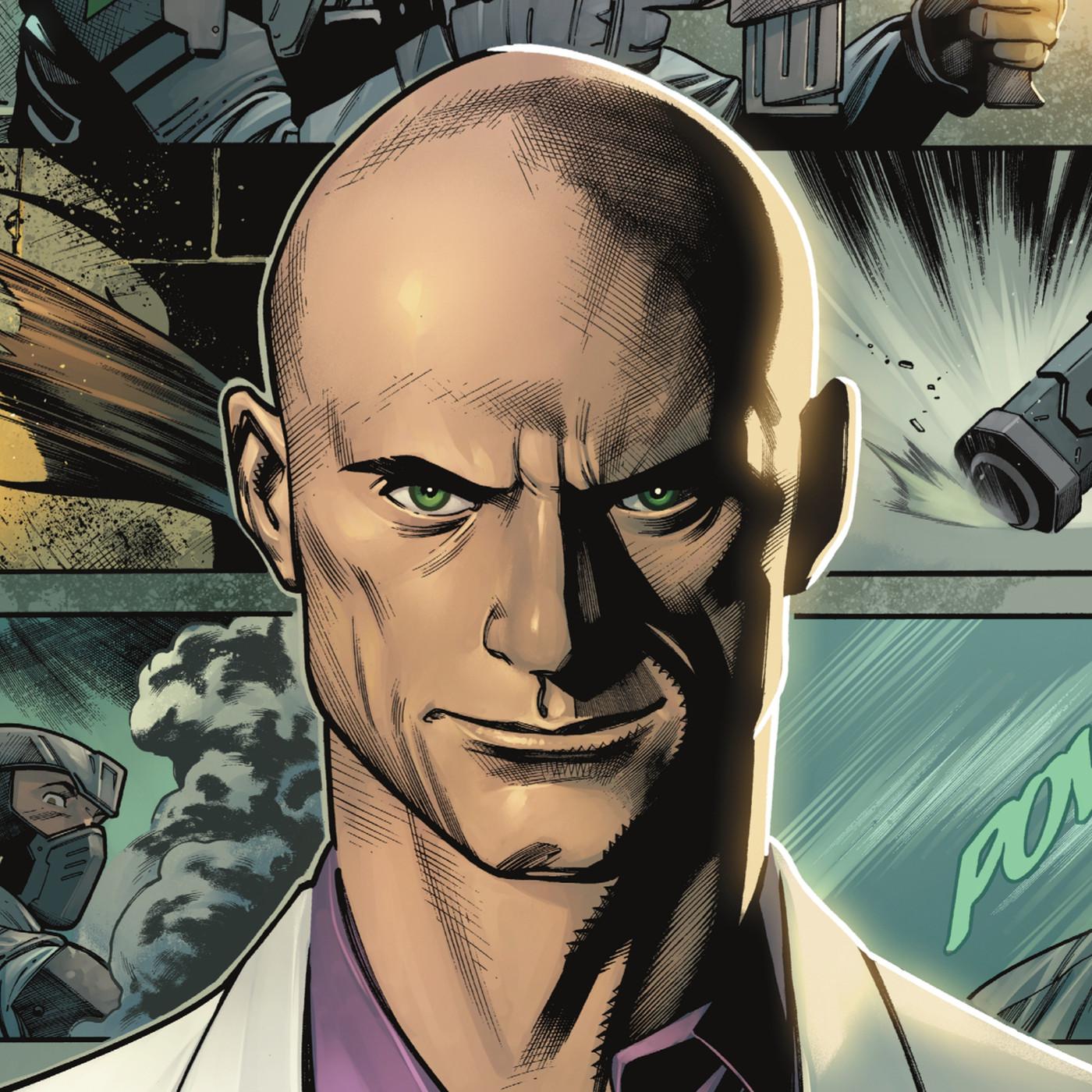 Lex Luthor is one of the most iconic and best DC villains thanks to his infinite feud with Superman. Lex was originally depicted as a mad scientist with narcissistic tendencies and a penchant for madness. However, in later interactions, Lex is the CEO of LexCorp, where he becomes obsessed with and corrupted by power.

Though he does not have any superpowers as such, Lex boasts a genius-level intellect, eidetic memory, and unparalleled engineering skills. This allowed him to build the “Warsuit”, which mimics Superman’s Kryptonian abilities and also incorporates Kryptonite into its weaponry.

In modern adaptations, Lex Luthor featured in the CW’s Supergirl, where he frequently manipulates the likes of Kara Zor-El, Barry Allen, and Oliver Queen, especially during the epic Crisis on Infinite Earths crossover event whilst they try to save the entire universe, known as the “multiverse”.

Another of Superman’s most iconic nemeses is Darkseid, who is without a doubt one of the best DC villains of all time. He first appeared in Superman’s Pal Jimmy Olsen #134 in 1970 and is noted to have supposedly been the inspiration for Thanos.

Darkseid, or Prince Uxas, is a New God from Apokolips. He wields the ancient power of the Omega Effect, after killing his brother for the right. Due to this, his skin turns to stone, which is when he begins his goal to completely eradicate free will.

Darkseid can create psionic avatars and is both telepathic and telekinetic. He also has superhuman strength, stamina, durability, and immortality. These powers make Darkseid one of the most powerful DC villains. 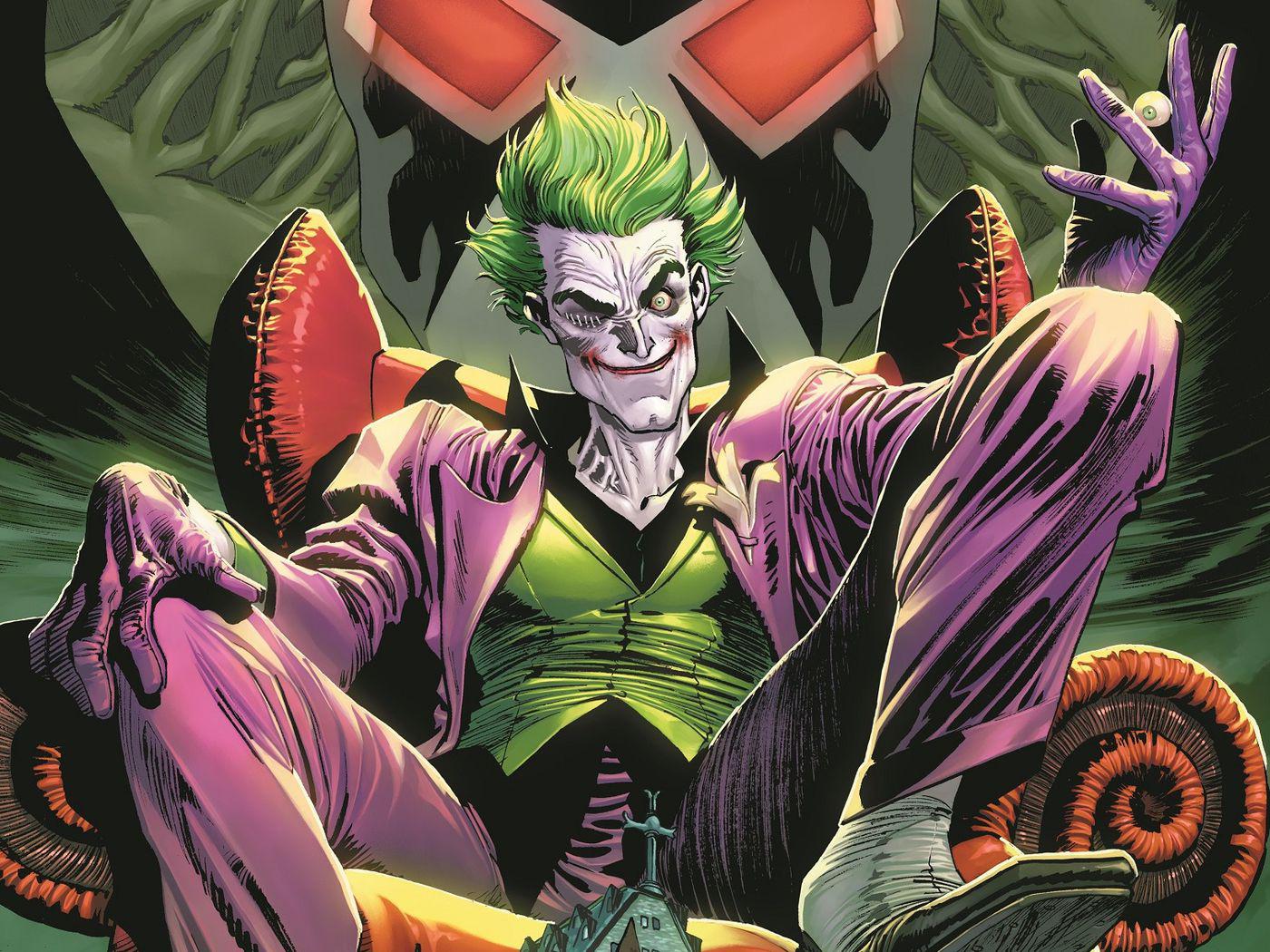 Now this comic book list wouldn’t be complete without The Joker, of course. As one of the most prolific villains across comic books, graphic novels, and superhero movies alike, The Joker is easily recognizable for his wide smile, white face, and green hair.

Having been in the media for 8 decades, The Joker has had multiple iterations and adaptations, from a trickster and petty criminal to a clinically insane homicidal maniac. However, all of these have one thing in common - his burning hatred for Batman.

The Joker has been portrayed by many famous actors over the years, most notably including Jack Nicholson, Heath Ledger, and Joaquin Phoenix - not forgetting Mark Hamill’s epic voice over for video games and animations - or, the short-lived, highly-debated, and critically-snubbed characterisation in Suicide Squad from Jared Leto, for that matter.

To take a deeper dive into the way that he has been portrayed in comic books, TV series, and movies over the years, check out our blog about The Joker’s evolution, complete with the most notable and our favorite must-buy comic book issues.

Still undecided? Why not check out the best DC villains for yourself

At Quality Comix, we boast over two decades of experience in the industry, building up an exciting repertoire of vintage comics and collections. Browse the comic books we have to offer to discover more about all your favorite villains - from Mr Freeze right the way through to The Joker.