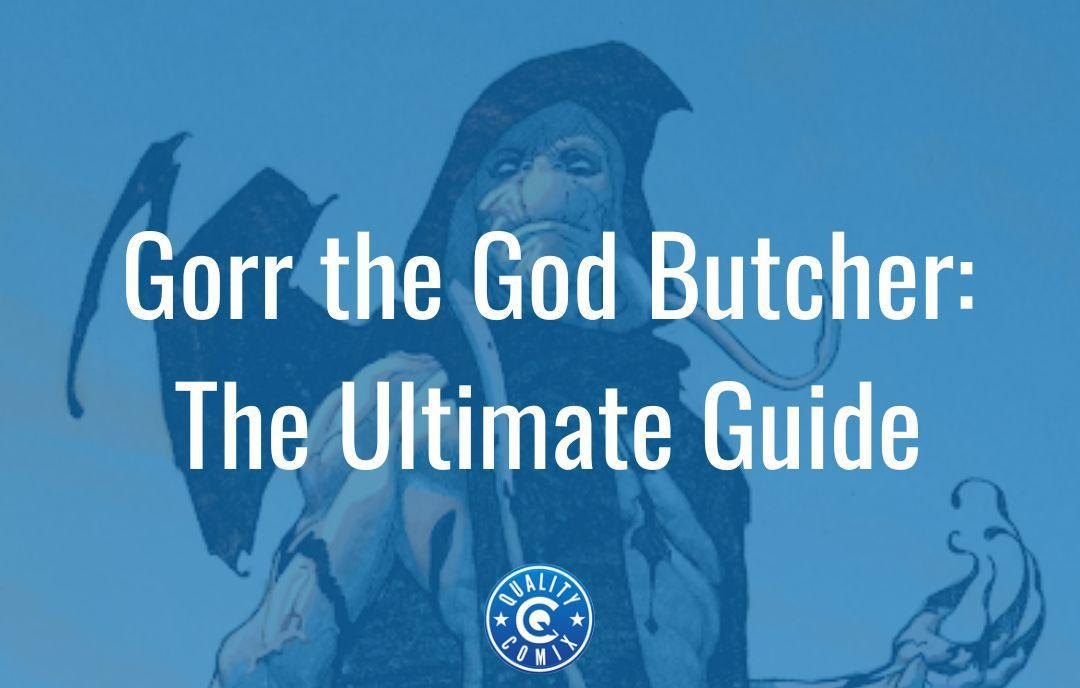 If you’ve recently got into comics, you might recognize the name Gorr the God Butcher, but perhaps you don’t know exactly who he is or what he does. In this post, you’ll learn all about this popular Marvel character’s tragic origins, rivals, and traits - so, let’s jump right in (spoilers here we go).

Who Is Gorr the God Butcher?
Gorr the God Butcher, emerging in the Thor comic series, is a supervillain who made it his mission to kill every type of God. However, he wasn’t always this way. He used to be a religious and calm man, but he lost his faith after his entire family died, and he found that the Gods laughed at him as he was mourning.

In ‘Thor: Love and Thunder,’ the 2022 superhero film based on the Marvel comic of the same name, he says “This is my vow. All Gods will die.” - and this pretty much sums up his motive as a character.

Notably, Gorr The God Butcher possesses no superhuman abilities and relies purely on his many years of combat experience on his quest to destroy every God… until he receives the All-Black Necrosword.

If you want to find out more about Gorr the God Butcher, and some other fascinating insights, here are some Marvel facts that only superfans know.

What Is His Backstory?
Gorr and his daughter began life on an unnamed planet, in which they prayed to their planet’s God Rapu almost constantly. Eventually, the people of the planet died from a lack of food and dehydration - and, later, Gorr had to carry his daughter to the altar and plead for food and water. His daughter passed away in his arms and Gorr returned home, awaiting his own inevitable death. When he hears a voice beckoning him into a forest filled with water and fruit, he assumes Rapu is providing him with the promised “eternal reward.” However, Rapu mocks Gorr and tells him there is no eternal reward. At this point, Gorr explains how the people have suffered and died. He cries out that Rapu doesn’t deserve to be worshipped. After this, the comics continue the incredible story of Gorr, an extremely sympathetic villain – at least to begin with – undertaking a killing spree with the help of his newly acquired accomplices, the Shadow Monsters.

Who Does Gorr the God Butcher Defeat in the Comics?
Gorr has a number of victories, with the highlights being:

The God of Light – Gorr’s first-ever victim was the God of Light, whom he witnessed fighting with Knull shortly after he lost his entire family. This is the turning point for Gorr and when he decides to hunt them all down.

Earth-14412’s Volstagg the Valiant – Gorr crucified the Asgardian after he points out that Gorr himself has become a kind of God. Prior to this, Gorr was whipping him for stealing a piece of bread.

All of the Time Gods – Instead of harming a few of the Gods to allow him to use the Pool of Forevers to travel through time, Gorr murdered every Time God and completely filled the pool before using it.

A newborn Elder God – After Gorr murdered all the Time Gods, he found a newborn Elder God in the middle of space. He killed the baby and took its heart back to the present with him, where he harvested the organ to create his infamous Godbomb.

Who Are Gorr the God Butcher’s Enemies?
It’ll come as no surprise with a name like “God Butcher”, but Gorr has attracted a fair share of powerful enemies since his first appearance in the Thor: God of Thunder comic series in 2013. 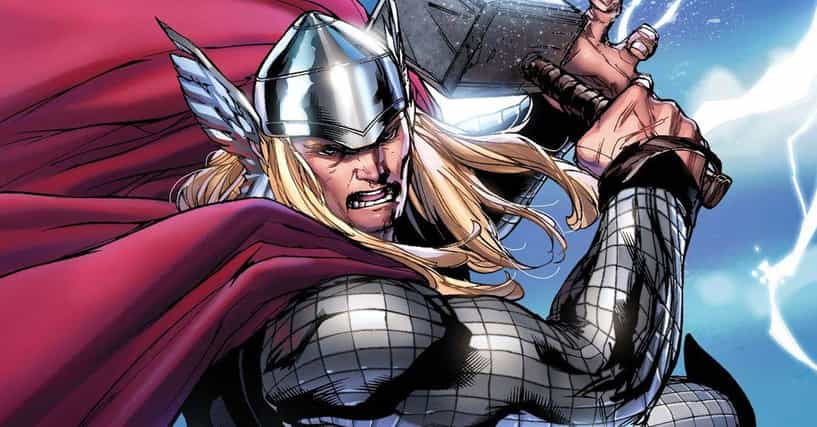 Although Gorr the God Butcher is a relatively new character, he has quickly become known as one of the biggest villains. Thor Odinson is one of his most fearsome enemies.

Several times throughout Gorr’s slaughtering voyage, he has encountered and fought with Thor and managed to win. However, All-Father Thor eventually manages to kill Gorr via a past version of himself. In this epic story, he was resurrected and then once again found himself in a fight with Thor – clearly one of Gorr’s toughest enemies.

Check out this one-of-a-kind Mighty Thor (2016) comic edition to find out more.

Odin
Father of Thor, adoptive father of Loki, and practically incomparable in terms of power, Odin is also one of Gorr the God Butcher’s enemies.

Odin himself is the King of Asgard, which is the land of the mythical Norse Gods. He possesses Odinpower, which is an augmented energy source allowing him to have superhuman durability, regenerative powers, and other handy abilities he uses in times of action, such as increasing his own physical size.

Loki
Gorr and Loki have one of the most complicated (and quotable!) relationships you’re likely to find in comics. After Gorr’s death, his consciousness was contained inside an empty void that Loki resurrected in order to kill him after he killed All-Father Thor.

During this duel, Gorr reclaims All-Black (the empty void he was in) and manages to impale Loki with it. He torments both Thor and Loki but is then blasted into orbit by the incredible power of the All-Father. 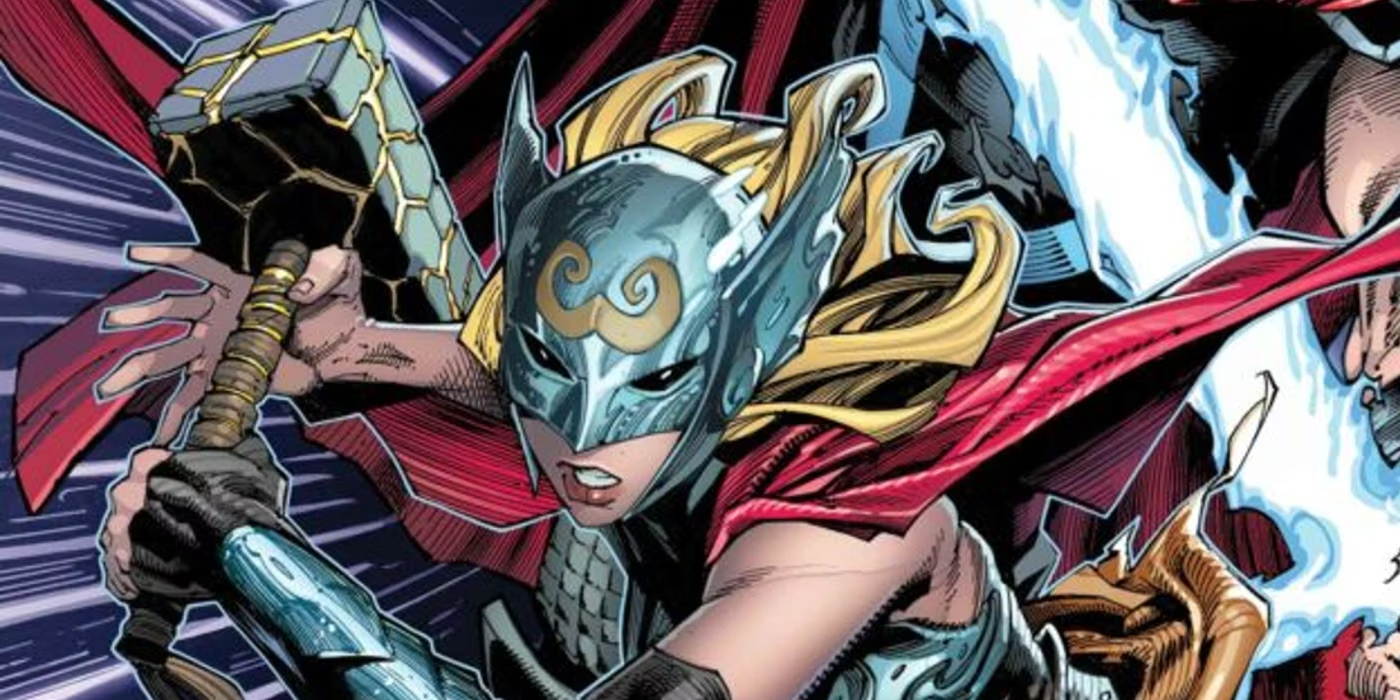 Jane Foster is a nurse who was hired by Dr Donald Blake to assist him with his private medical practice - or so it seems. In reality, Dr Blake is the human identity that Thor used for many years.

After much debate and even being strictly forbidden to reveal his identity to Foster, he revealed his dual identity. Without revealing too many spoilers, after this origin story and in later comics, Odinson granted Jane Foster the use of Thor's name. Jane herself survives many further battles as Thor but all alternate versions of her meet a more tragic end.

If you’re interested in finding out more about the types of comics we stock, check out our new comic book arrivals and enter the world of some of the best-loved superheroes and supervillains.