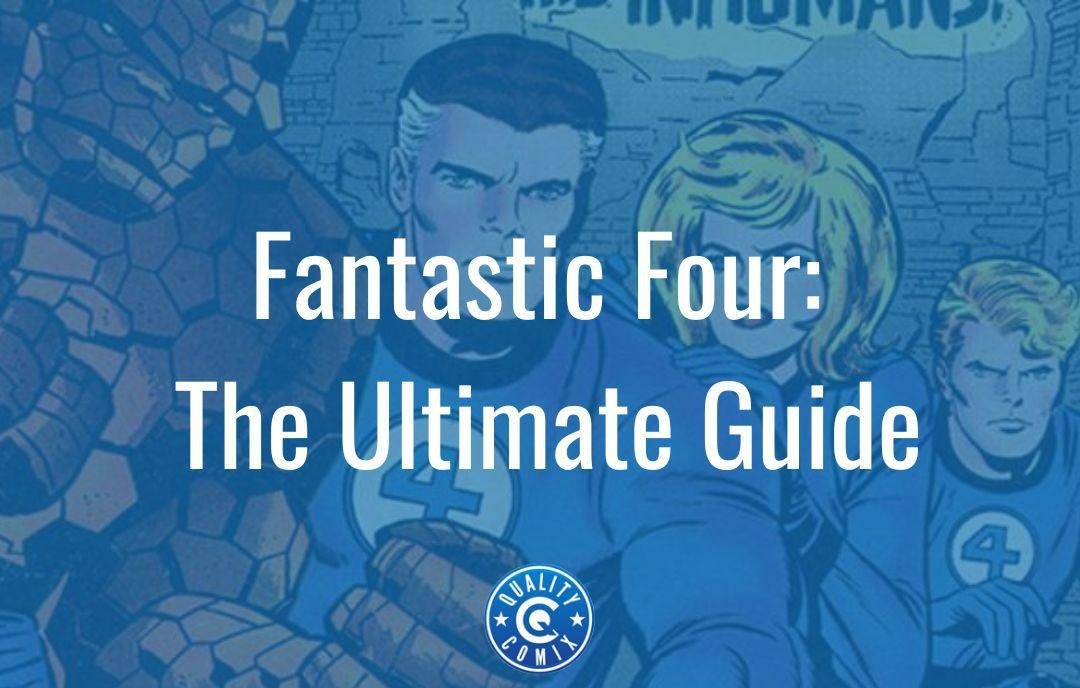 To people with only a passing interest in Marvel comics, the superhero team the Fantastic Four are probably most recognizable from the recent high-profile films — including the two Tim Story-directed Fantastic Four installments and the (admittedly trash) 2015 reboot. However, in comic books, the quartet has a history going all the way back to 1961, when they debuted in their own series simply titled The Fantastic Four. They are brainchildren of the legendary editor Stan Lee and his artist collaborator Jack Kirby. So, without further ado, we introduce you to “Fantastic Four: The Ultimate Guide” — a rundown of the story behind this dysfunctional team of superheroes.

Who Is in the Fantastic Four?
The origin story of the Fantastic Four sees scientist Reed Richards securing government financing for a spaceship potentially set to make interstellar travel possible for humanity. However, this state funding is pulled shortly before Reed finishes work on the spacecraft. Consequently, Reed, his girlfriend Susan “Sue” Storm, her brother Johnny Storm and Reed’s college roommate Ben Grimm take the spaceship on an unauthorized flight. The journey exposes the four to huge cosmic radiation that leaves them with special powers. These, in turn, inspire a new set of superhero personas — and the Fantastic Four name is bestowed on this disjointed but groundbreaking team, who effectively become celebrities and, unlike many other superheroes, choose not to go for secret identities. 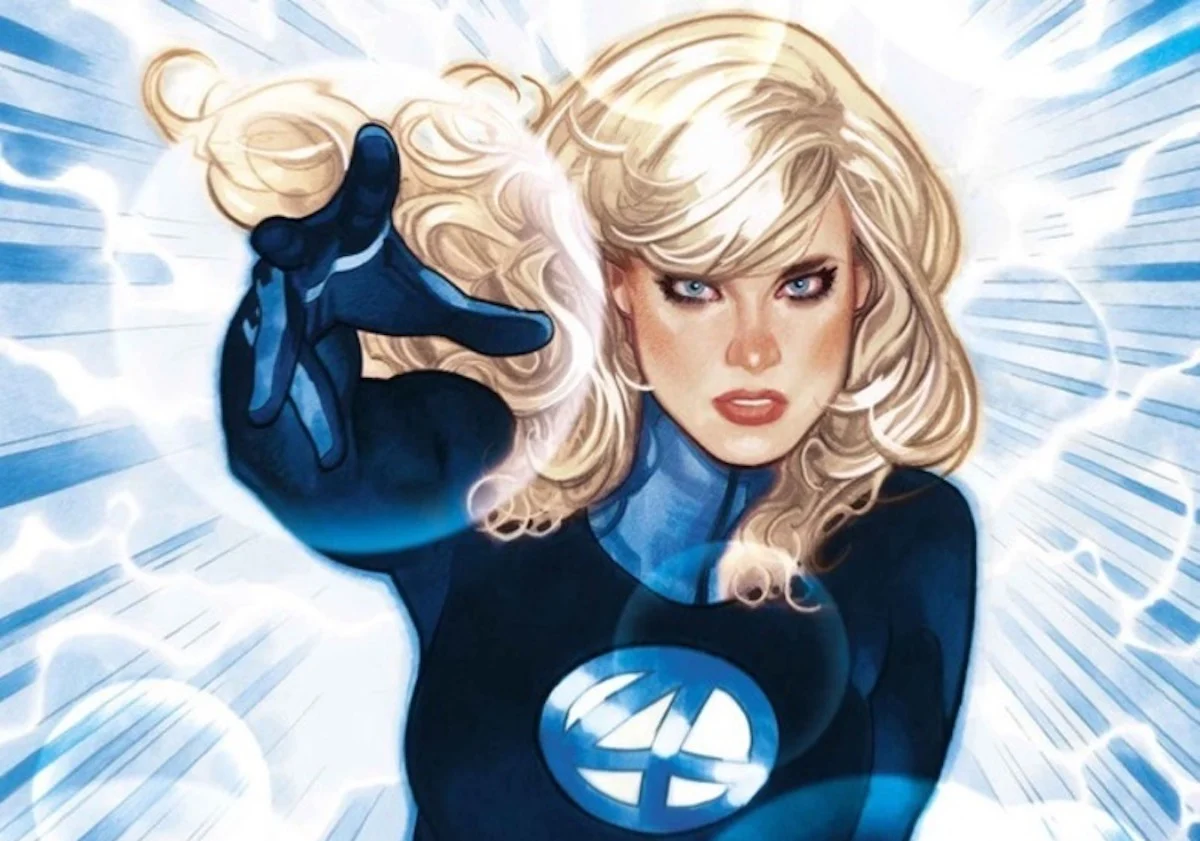 During the course of the original stories, Susan “Sue” Storm becomes engaged to Reed and eventually marries him. Having lost her parents at a young age, Sue also acts as a motherly figure to her brother Johnny. She has the power to make things invisible — including herself as well as other people and objects. She is also capable of creating a protective shield of energy. Such is her prowess that Marvel has described her as “the single most powerful member of the group”. 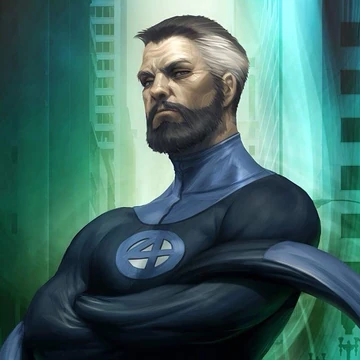 Richards is renowned for his mastery in scientific fields, including chemistry and physics, and has even been cited as one of the most intelligent fictional characters in American comics. He has a power of elasticity that allows him to stretch, deform and reform his body into virtually any shape. Richards has used his power for both offensive purposes, such as turning himself into a ball to ricochet into enemies, and defensive purposes, like becoming a trampoline to provide a soft landing for a falling teammate. 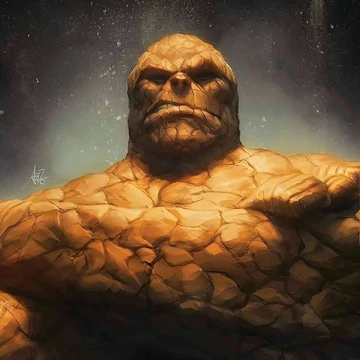 Many superheroes are known for having catchphrases — and, in the case of the Thing, his most well-known declaration is: “It’s clobberin’ time!” With his super-strong, rock-like physique, he’s certainly well-positioned to clobber opponents with his heavy fists. The Thing’s orange, granite-like body is close to indestructible — and, according to Marvel, gives him “more strength than just about any other living being on the planet”.

Aged only 16 when he gained his ability to turn himself into a flaming, flying human capable of projecting fire, Johnny Storm decided to name his superhero alter ego after another superhero. This earlier Human Torch was created for Marvel Comics’ predecessor company Timely Comics. Storm also forms a friendship with another teenage superhero, Spider-Man. In 2019, it was revealed that the Fantastic Four were set to join the Marvel Cinematic Universe — of which Spider-Man has, of course, long been a major component.

Who Are the Fantastic Four’s Enemies?
Superheroes are very much defined by their villains. Would Batman and Superman ever have become so iconic without such threatening and memorable adversaries as the Joker and Lex Luthor? It comes as no surprise, then, that the Fantastic Four have an impressive rogues gallery of their own.

Of course, you might recall the Silver Surfer from a certain 2007 film — but the team here at Quality Comix have our own favorite Fantastic Four enemies, including…

Doctor Doom
Though often seen as the arch-nemesis of the Fantastic Four as a whole, Doctor Doom is a scientist, which helps to explain his long-standing antipathy towards Richards in particular. Doom is able to skillfully absorb energy, travel across dimensions, and even heal himself from injury. It’s little wonder, then, why he’s posed so much trouble for the Fantastic Four — and why we have named him one of the greatest-ever comic book villains.

Namor
Is Namor a superhero or a supervillain? He has switched between the two roles on several occasions since making his debut in 1939, decades before the Fantastic Four arrived on the comic book scene. However, Namor came into conflict with them in the early Fantastic Four comics. Otherwise known as the Sub-Mariner, Namor is a sea-dwelling prince from Atlantis who, after finding out that the undersea city’s original site has been destroyed by nuclear testing, aims to take revenge on humanity — but the Fantastic Four defeat him.

Kang The Conqueror
Nathaniel Richards, a 31st-century scholar and descendent of Reed Richards, comes across time travel technology and, using it, transports himself to ancient Egypt. There he becomes the Pharaoh Rama-Tut - however, the Fantastic Four succeed in cutting his rule short. Embittered by his defeat, Richards journeys to the 20th century and takes on a new persona: Kang the Conqueror. You might have seen him make recurring appearances in the Doctor Doom solo series as part of a bid to prepare for conquering the world.

We are also highly experienced in grading comics and so can let you know the condition of any comic before we send it to you. Even if you turn out to dislike the comic, you can just send it back to us for a refund. You can also easily contact Quality Comix for further advice.